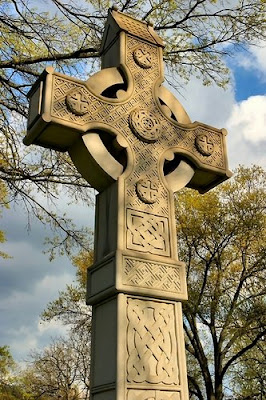 What a Person is, that really is not adequately thematized in the Christian perspective.

Kathleen Norris would argue that this is because the Church moved away from the insights of the desert monks. She points out, for example, that they weren't that interested in "sin," but their "eight bad thoughts" devolved into the "seven deadly sins." And, not surprisingly, there is an institutional reason for the change:

...monks such as Evagrius were free of the heavy baggage of Western Christendom's concept of sin. What the Church later defined as sin, desert monks termed 'bad thought,' which to my mind is a much more helpful designation. Given the history of the Church's emphasis on sins of the flesh, contemporary readers may find it odd that the early monks regarded lust as one of the lesser temptations. They identified it as a form of greed, the desire to possess and use another person inappropriately in the pursuit of one's own satisfaction. Anger, pride, and acedia were considered the worst of the "thoughts," with acedia the most harmful of all, for it could inflict a complete loss of hop and capacity for trust in God.

As the "eight bad thoughts" of the desert monks eventually became the Church's "seven deadly sins," acedia was dropped from the list, and the monks' profound understanding of the common temptations that all people suffer lost ground to a concept of sin as an individual's commission of a bad act or commission of a good one. This in turn led to a superficial form of self-justification, for instance: If I don't overeat, then I'm not guilty of gluttony, if don't commit adultery, I am free of lust. The new emphasis on acts also contributed to the Church's power; it alone could identify the acts that it alone had the power to absolve. The monks' subtle comprehension of temptation as thoughts that the individual may identify and resist before they turn into harmful actions was largely submerged. (pp. 29-30)

Why was acedia so important?

Monastic people have always known acedia to be a particularly vile temptation that can inflict great damage on the psyche. Mary Margaret Funk, a contemporary Benedictine, writes that "dejection and anger afflict the mind; food, things, and sex burden the body; but acedia is lodged in the very soul." In the fourth century Evagrius marked acedia as one of the spiritual afflictions, far more deadly than the more physical temptations such as gluttony or lust, or the melancholy arising from depression or anger. Acedia, he insisted, is something more, a weariness of sould that "instills the heart of the monk a hatred for the place, a hatred for his very life itself, [and] a hatred for manual labor," which in the early monastic world was always linked with prayer.

We may not think of prayer or manual labor as essential for our well-being, but "hatred for the place" is a thoroughly modern condition.

Part of the issue here is that: if the Person were adequately thematized, what role, then, would the institutional Church play? Patocka speaks of a God who is in relation to the person, "but...a Person who sees into the soul without being accessible to view." It is language that would resonate with the Romanticism of the melancholy Dane:

The formula that describes the state of the self when despair is completely rooted out is this: in relating itself to itself and in willing to be oneself, the self rests transparently in the power that established it.

Romanticism taught us to reconsider the self, to see the person as an individual, someone valuable simply in themselves, simply as a being. That assumption is behind the "person" in Patocka's term or the "power" in Anti-Climacus' term. We have to be careful not to commit anachronism to say that this is also what the desert monks understood, and that the "Person" or the "power" is what they were seeking, what they were struggling to know as clearly and as directly as possible. But if they were, then they understood what got in the way, and they understood the struggles it took to overcome those self-inflicted obstacles. And even if they weren't, they still bring us back to this question: what is the Person? How do we properly understand that term? If we move away from the "either/or" of sin, where do we go? Into sin? Or into the mystic, as Van Morrison said? Are we better off struggling with "bad thoughts," than with cosmic evil?