"My death, is it possible?" 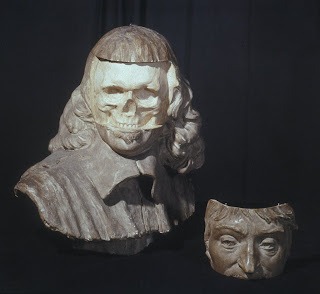 Apparently the mere contemplation of that question with regard to healthcare is enough to send some people over the edge into gibbering madness. Or, at least, the opponents of any change to the American health care system hope so. "Death panels" fizzled out and has now been replaced with a VA "Death Book." The real issue, however, is not death; it's living wills; it's health care directives.

I noticed this when watching the televised version of Jon Stewart's interview with Betsy McCaughey. She really didn't coin the term "death panels" (that was Sarah Palin), and she really seemed less worried with government cutting off funding for the elderly at the end of their lives (though she insisted that was part of the law). Her fundamental, but unspoken, concern, was with the entire concept of a 'living will.' And really, that's not an insignificant issue.

We all imagine, when we are hale and healthy, that a lingering death would be the last thing we would choose. We also all imagine, when we are imagining our end of days, that we will be in complete control of the situation, and the end of life, like the end of a movie, will be clear, and we'll both know it is coming, and know when it will come. We imagine, in other words, that we will be in control until the end, and that we will "pull the plug" without fear or concern about what comes 'after.' If anything comes after. What we don't imagine, of course, is "after." Or we do, but we imagine it to be simply a continuation of what we've known since we became self-aware. Perhaps we imagine a bright light, or a long tunnel, or some kind of gauzy body lifting up out of this all too-material, all-too fleshy, one. Perhaps we imagine nothing at all, but what we don't imagine, is our annihilation. We imagine our pain, our suffering, and we imagine ending it. What we don't imagine is how permanent that ending is. We think a "living will" means control over our suffering, which we fear when we are healthy. We never imagine it means the end of all sensation, permanently. We don't imagine it because we can't imagine it.

I know many people who talk about what they want for their funerals. It's funny, and I seldom remind them, but they won't be there to care. We imagine our death, but we imagine observing our death, even observing our own funeral. But you won't be there; not so far as we know, anyway. We can't imagine death as just a transition to another state of being. We have to imagine death as it really is: the cessation of life. We have to face that squarely, even those of us who consider ourselves Christians, who think we have souls which are immortal. If death is not real, then the crucifixion is not real, and Christ never died, and the resurrection was just a puppet trick. No matter the theology, we have to face the reality. Death is the end. Death is when we leave, never to return. So an advanced directive, a "living will," should, ideally, be approached soberly and seriously. Because how you feel about death when you are healthy, may not at all be how you feel about death when you are dying.

I understand in medieval Europe death was often greeted as a friend, because death could bring relief from suffering. It's understandable, with modern medicine, that we've changed our thinking about that. But we still fear chronic pain, and rightly so. I know people living in pain today which modern science cannot alleviate. It is not pain enough to make them welcome death. But I've seen people die of cancer, where the only alleviation of pain was morphine, which is as close to the embrace of Morpheus as we can get on this side of the line between living and dead. I am not arguing against living wills here; but they are curious documents we examine all too lightly, that we sometimes don't consider at all. We just assume they will put us in control, and we move on.

But when it comes down to it, what if we aren't ready to die? What if we are not prepared? Ironically, that's the purpose of all the language in the law about counseling and consultation; it's a regard, a reverence, a protection of life. The real perversion of the discussion is not the fear that the living will want to discard the dying as an inconvenience; it is that we will do it in order to save money. It is, in other words, a perfectly American obsession, where "obsession" is a euphemism for "fear."

That fear has a root, and it's not entirely an irrational one. The root is in the very nature of our healthcare system:

Ay, there's the rub: we've reduced health care to a market commodity. Why not reduce patients to commodities, too? Why, we do!

For nearly two-thirds of Americans, we rely on hundreds of private insurance companies to set prices and benefits and pay providers. They profit by refusing to cover the sickest patients and limiting services to others. In fact, we have the only health system in the world based on avoiding sick people. Insurers cream 15 to 25 percent off the top of the premium dollar for profits and overhead (mainly underwriting) before paying providers.

And now, of course, we are afraid; we are very afraid. We are afraid that if we wake up and face the monster we have created, it will devour us. We are afraid that if we challenge the system that is killing us, it will abandon us. We are afraid that if we don't sacrifice the sick in order to save the healthy, we will all perish. And that is precisely what we fear most of all: that we will perish. Our death is not really possible; and yet we fear, we know, that it is. But it isn't death we fear; it is the living death. It is death-in-life; like suffering; or having to to go the emergency room, because you have no health insurance. And being hounded, ever after, by hospital bill collectors; because we all know emergency room care is not free. But where did we get the idea that money is more important than people? I can't imagine. Maybe Neil Cavuto could explain it:

I imagine Mr. Cavuto also complains about "death panels" and "death books," with no hint of irony or contradiction. But applied to the rest of us, I'm not being caustic when I say these things. I'm serious. We fear suffering, and we fear humiliation; and we fear being out of control. But, of course, we aren't in control now; the health insurers are. They tell us who go see, what to get treated for, what drugs we can take. And if we live long enough, we all hope to get on Medicare; as long as it promises not to kill us.

Or maybe we aren't that afraid. FoxNews and conservative pundits certainly think we are; but the polling doesn't support it. Charles Grassley has already started walking back his comments about "killing grandma," claiming the audience at the town hall meeting made him talk about it, and President Obama put the objectionable words in his mouth. "Death panels" didn't last long enough to start a prairie fire in a dry month, so it's already been replaced with a "death book." Yes, our discourse is stupid, but largely because cable TV needs something to fill 24 hours with when Congress is not in session. There's precious little evidence any of this is gaining any traction in the larger public debate, or is changing the votes of any Democrats (the votes of Republicans seems to be a foregone conclusion; all signs of change there have been false ones).

Still, there is an interesting revelation in the idea that the government would urge people to die (especially veterans; apparently if the gov't didn't kill them in battle, it wants to get rid of them in the VA health care system) simply to save money. This would be the same government that is wildly spendthrift when it comes to social programs (and never when the money is spent buying weapons systems). One can point out the inane inconsistencies all day. It is the common thread that is interesting: what most disturbs these critics is the fear that their worship of money will fully take hold, and devour them and their world; that we will all finally know the cost of everything and the value of nothing. That may not be the fear that drives them to go on TV or write blog posts, but it seems to have been the fear that sparked Betsy McCaughey; and certainly the fear you feel is easier to promote than the one you don't.