A Change of Heart 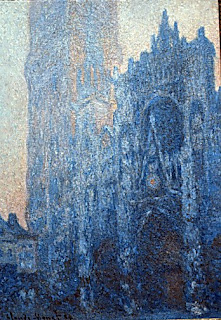 Russ, I don't get it. I really don't. How can so many people demand policies that are not in their own self-interest?

I mean no disrespect when I say it doesn't really matter what the subject was originally, because it's a question that applies almost universally to almost any discourse. And one explanation of it is Wittgenstein's theory of language games: i.e., that we all use what seems like a common language, but we use it in particular ways, and what I interpret your use of language to mean, may not be what you intended to say. Perhaps Robert McCloskey said it best (Wittgenstein's explanation tends to get a bit technical): "“I know that you believe you understand what you think I said, but I'm not sure you realize that what you heard is not what I meant.”

Now let me start over again: this is a sound and reasonable position, to wonder why people don't see that their self-interests would dictate an outcome, or an opinion, or even a position on an issue, other than the one they want to take. Why, for example, would one of the few states in the Union with a Spanish word for a name ("Colorado") be associated at all with someone so virulently anti-Mexican and anti-Spanish (Tom Tancredo)? How is it possibly in the self-interest of a non-border state like Colorado to support, in any way, even if briefly, someone so opposed to Mexican and Hispanic immigration (especially since the issue affects Texas more profoundly, and even Gov. Perry is considered "soft" on immigration by some in the GOP because he has to be aware there really isn't much animosity toward Mexicans along the long Texas-Mexico border. Down there, Mexicans are family members, not "others".) But maybe that's a poor example of "self-interest," so perhaps we need to shift examples.

Except as the examples pile up, the bone of contention remains lodged in the throat of rhetoric: why don't you see your situation the way I see your situation? And if the outcome of this analysis is that your situation is unalterably solipsistic, then what hope is there for a rational discourse or a civil society? Whither community?

Well, that's the question of the day, isn't it? Rick Perry enters the race for President (and no, this post ISN'T about Rick Perry, but bear with me) declaring the President may or may not love his country, that the Chairman of the Federal Reserve may soon commit treason, that Obama is unfit to the Commander in Chief and the military troops are disinclined to follow his command (imputing treason to them). Now, on one hand; this is bad; on the other hand, is it really as bad as Joseph McCarthy, accusing everyone from Eisenhower down to the entire State Dept., of being Communists (he finally came a cropper when he included the military in his charges)? Hard to make a distinction, but matters do seem to be as contentious as when Dr. King led marches where people were beaten, attacked with dogs and water cannons, where billboards went up urging the impeachment of Earl Warren and labeling King a Communist (the House Un-American Affairs Committee was still active until 1975), where Mayor Daley unleashed a police riot on protesters in the streets of Chicago, where students died because the National Guard opened fire at an anti-war protest (a situation where it isn't clear why the Guard had live ammunition in the first place).

Wait, what was I trying to prove? That things are worse now than they were then? Or that nothing much has changed? Oh, that's right; we were talking about your self-interest, and why you are so often wrong about it.

Perhaps you see the problem already: first, it's a matter of definition. If I define these as perilously contentious times, with incivility and partisanship dominating the halls of Congress as never before, I first have to ignore history within my lifetime. I have to leave facts out, in order to create a simpler picture of the past, v. the present. The former is always simple, no matter how carefully I try to consider all that was happening; the latter is always complicated, because we are always right in the middle of it, and there is always more happening than we can keep track of. But surely reason can show us a way out....

Surely. Except reason fails, because I can clearly see what your self-interest should be, and you can't seem to see it at all. What is reasonable about that? Why are you so irrational? Why can't we start with the same definition, since it is eminently a reasonable one?

Penn Gillette was on my TeeVee the other night, partly to peddle his newest book (it even creeps into the news shows I watch. I'm surprised he didn't have a guest shot squeezed in by CGI into one of the movies I watched later.) about how he's an atheist because he doesn't know whether God is real or not (let's set aside the tired canard about God's existence. Please?). That was the major thesis of his argument: he doesn't know, so he's an atheist.

I don't know, either, but I'm a religious person. Knowing is overrated, but Penn Gillette (among others) would certainly doubt my understanding of my own self-interest if I insisted (as I do) that I am a religious person who doesn't know any more than he does. He might think I'm being irrational to insist that knowing is overrated; but then we would have to discuss how we define our terms. He might still insist that I'm being irrational, when I would counter that I'm being perfectly rational. And who is right? Well, let's have an argument about it.

Fine. But that presupposes there are agreed upon grounds for the discussion, that a true discourse, a true "meeting of minds," will occur, and from the clash will come enlightenment. Thesis meets antithesis and gives rise to synthesis. Except that only really works in Hegel's theory. When thesis and antithesis both contain aspects of the other, synthesis can occur. But when thesis is chalk, and antithesis is cheese? What synthesis then? And while Hegel might well deny the foundation of my analysis, that is precisely the foundation Kierkegaard insisted on, as the foundation of life as it is lived, rather than existence as it is reasoned about.

There is, in that distinction, a dramatic difference. It's the same distinction I'd draw between myself and Penn Gillette. He insists his "not knowing" is solid ground for atheism, as no alternative is left. I would insist he only describes the "via negativa" of negative theology, a path forged by Martin Luther, among others, and long since recognized by philosophers of religion. But that distinction obscures as much as it reveals, and it is the revelation which is finally important. Kierkegaard's body of work is, among other things, precisely against the Enlightenment baseline that knowledge is all:

Christian faith, for Kierkegaard, is not a matter of learning dogma by rote. It is a matter of the individual repeatedly renewing h/er passionate subjective relationship to an object which can never be known, but only believed in. This belief is offensive to reason, since it only exists in the face of the absurd (the paradox of the eternal, immortal, infinite God being incarnated in time as a finite mortal).

Indeed, for Kierkegaard, knowledge of faith is the true absurdity. As Kierkegaard would argue, we need Jesus, not Socrates.

Which brings me to Walter Brueggemann. In The Prophetic Imagination, Brueggemann argues against the idea of Israel's culture springing entirely from strands of the cultures that surrounded it.

That is to say, the shaping of Israel took place from inside its own experience and confession of faith and not through external appropriation from somewhere else....we are on sound ground if we take as our beginning point Moses as the paradigmatic prophet who sought to evoke in Israel an alternative consciousness.

This insight has profound impacts, one of which is that:


It is clear that the emergence of Israel by the hand of Moses cannot be extrapolated from an earlier reality. Obviously nothing like the Kenite hypothesis or the monotheism of the eighteenth dynasty in Egypt will help us at all. While there are some hings that the God of Israel is known to be the God of the fathers (cf Exod. 15:2), that evidence is at best obscure. In any case, the overriding experience of Exodus is decisive and not some memory now only hinted at in the tradition. However these antecedents are finally understood, the appearance of a new social reality is unprecedented. Israel in the thirteen century is indeed ex nihilo. And that new reality drives us to the category of revelation.

My New Testament professor was led to a similar insight when he studied the language of the Last Supper in graduate school. Where, he was asked, is the precedent for the words "This is my body" and "This is my blood"? Try as they might, the class could not find them anywhere outside the texts of the New Testament. They were, indeed, a wholly new thing.

It also puts me in mind of Wittgenstein's comment:

For him, it is primarily about newness:

Egypt was without energy precisely because it did not believe anything was promised and about to be given. Egypt, like every other imperial and eternal now, believed everything was already given, contained, and possessed. If there is any point at which most of us are manifestly co-opted, it is in this way. We do not believe that there will be newness but only that there will be merely a moving of the pieces into new patterns.

Apply that to the current economic crisis, and those who say we are being punished or that this will "purge" the body civic of contaminants, and those who say we must resurrect the old system with stimuli, are saying the same thing. Everything is already given, contained, and possessed; we just need to move the pieces into new patterns.

*Gillette, like the rest of the "modern atheists (Dawkins, Dennet, Harris, Hitchens) are all still making 19th century arguments in a 21st century world. It's kind of like arguing against Impressionism because it isn't as formal as the Academy painters. Maybe the world still prefers the stiff figures of Jacques-Louis David, but the subject of discussion has moved on some time ago.