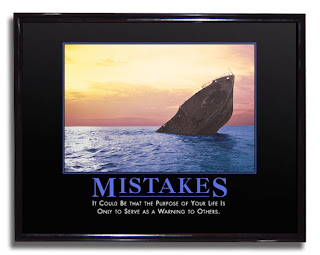 Whether you can read this or not may render the following slightly problematic (it's an NYTimes link, which may prove a firewall if you don't subscribe, as I don't, or if you use up your allotted pages as a visitor on more interesting topics). It's particularly the kind of thing to catch my attention, partly because it is so poorly thought out (no, really, it is), and partly because it is such a transparent attempt to establish an amoral morality, to argue that there isn't any standard except that of the self, and so selfishness can be a kind of virtue.

No, he doesn't go the Ayn Rand route at all, but really it's so close to Sartre, one could simply say Sartre said it better.

Here's the heart of the matter, following on what he calls an "anti-epiphany" (whatever that is!):

For instance, I used to think that animal agriculture was wrong. Now I will call a spade a spade and declare simply that I very much dislike it and want it to stop. Has this lessened my commitment to ending it? I do not find that to be the case at all. Does this lessen my ability to bring others around to sharing my desires, and hence diminish the prospects of ending animal agriculture? On the contrary, I find myself in a far better position than before to change minds – and, what is more important, hearts. For to argue that people who use animals for food and other purposes are doing something terribly wrong is hardly the way to win them over. That is more likely to elicit their defensive resistance.

Instead I now focus on conveying information: about the state of affairs on factory farms and elsewhere, the environmental devastation that results and, especially, the sentient, intelligent, gentle and noble natures of the animals who are being brutalized and slaughtered. It is also important to spread knowledge of alternatives, like how to adopt a healthy and appetizing vegan diet. If such efforts will not cause people to alter their eating and buying habits, support the passage of various laws and so forth, I don’t know what will.

So nothing has changed, and everything has changed. For while my desires are the same, my manner of trying to implement them has altered radically. I now acknowledge that I cannot count on either God or morality to back up my personal preferences or clinch the case in any argument. I am simply no longer in the business of trying to derive an ought from an is. I must accept that other people sometimes have opposed preferences, even when we are agreed on all the relevant facts and are reasoning correctly.

My outlook has therefore become more practical: I desire to influence the world in such a way that my desires have a greater likelihood of being realized. This implies being an active citizen. But there is still plenty of room for the sorts of activities and engagements that characterize the life of a philosophical ethicist. For one thing, I retain my strong preference for honest dialectical dealings in a context of mutual respect. It’s just that I am no longer giving premises in moral arguments; rather, I am offering considerations to help us figure out what to do. I am not attempting to justify anything; I am trying to motivate informed and reflective choices.

What you have here, of course, is morality as a set of rules everyone must follow, else there is no morality. Joel Marks has gone from the error that morality can only come from a god (or "God," as he puts it, by which he seems to mean the God of Abraham; but he's so indiscriminate in his use of the term, and apparently so unlettered in philosophy of religion or theology, I will not presume for him what he doesn't seem to understand) to the error that morality is all about imposing your will on others. A universal standard is, for him, not a universal standard unless everyone actually follows it. Unless everyone, in other words, does as Joel Mark does, there is no common morality and no single source for it. But the moral imperative (or perhaps the categorical one, since he doesn't seem to have abandoned his deontological ethics), is still the same: everyone must act as I do, or must be persuaded to act as I would.

And frankly, what's moral about that? It's the cartoon morality of Puritanism; it's Pecksniffian in the extreme. Even Sartre understood that if there is no common source for what is right and wrong, then the choice made by the individual is a terrible burden which is the price we pay for being Godless. Marks thinks we pay no price and have only the burden of persuading others to think as we do so they won't, ultimately, be immoral. He tries to hide the ball on that, but clearly his morality impels him to persuade you to believe as he does and if you won't, well, you can't say he didn't try to make you see the light. Oh, you aren't condemned; but you aren't right, either. He is; even if he can't convince you that he is.

In the process my own desires are likely to undergo further change as well, in the direction of greater compassion and respect, I would anticipate – and not only for the victims of the attitudes, behaviors and policies I don’t like, but also for their perpetrators. But this won’t be because a god, a supernatural law or even my conscience told me I must, I ought, I have an obligation. Instead I will be moved by my head and my heart. Morality has nothing to do with it.

To some degree, we all must act as our understanding of morality (or ethics; I still argue the two terms are distinguishable, not merely synonyms) bids us. But morality should be a common bond, not another source of solipsism. Marks presents his anti-epiphany as the result of a process he has worked through, when the fact is he's barely worked through anything at all. At one point he says of God:

A friend had been explaining to me the nature of her belief in God. At one point she likened divinity to the beauty of a sunset: the quality lay not in the sunset but in her relation to the sunset. I thought to myself: “Ah, if that is what she means, then I could believe in that kind of God. For when I think about the universe, I am filled with awe and wonder; if that feeling is God, then I am a believer.”

A concept I suppose could be terribly appealing, especially to a layperson; but it is a concept of God without reference to any religious community, or doctrine, or tradition of faith. It isn't animism, or shamanism, or even atheism. It is simply a convenience for the individual, a way of declaring oneself the source and the end of a revelation which really is a non-revelation. Indeed, one of the problems with modern concepts of God is that such knowledge comes from a revelation, yet that revelation is not a Wordsworthian epiphany captured in reflections on one's own childhood. The Child may be Father to the Man, but neither the Child nor the Man is Father to the God.

Hopes and fears, dreams and nightmares, visions and apparitions are not the same as delusions and hallucinations. If you wake up screaming because a giant figure is ready to attack you, that is a nightmarish dream. Your spouse reassures you, saying it is just a bad dream, urging you to go back to sleep. And you do. Buf if you call 9-1-1 that night to report an intruder and summoned ADT the next day to put in a security system, you are moving from dream to delusion. It is part of reality to know which is which. If you come down from the mountaintop and report a revelation from Archangel Micheal, you have seen an apparition. If you keep insisting that Bigfoot-with-Wings is up there and that everyone should go see it, you are beyond vision and into hallucination. If is part of reality to know which is which....Trance and ecstasy, vision and apparition are perfectly normal and natural phenomena. Altered states of consciousness, such as dreams and visions, are something common to our humanity, something hard-wired into our brains, something as normal as language itself...And only when their human normalcy is accepted can a proper response be offered. That response should not be, We deny the fact of your vision. It should be, Tell us the content of your vision. And then we will judge, not whether you had it or not, but whether we should follow it or not.

Yes, it does come back to the individual experience; but that experience (or experience of morality, if you prefer) is judged by the community; and if it is rejected, perhaps it is your concept of morality that is in question, and not your powers of persuasion, or the recalcitrance of the others.