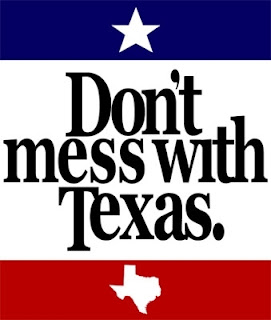 Think Progress points out "The Response" was dwarfed by "The Need":


A good seven miles from Gov. Rick Perry's much-anticipated prayer rally, an even larger crowd of Houstonians gathered in preparation for another sacred event: the first day of school.

Others were turned away.

"It was getting beyond capacity," HISD spokesman Jason Spencer said. "If nothing else, it shows the need."

Maribel Martinez and her five children ages 8 to 13 arrived around 7 a.m. to receive backpacks stuffed with supplies including paper, pencils, a pencil sharpener, glue and a compact disc of songs. They also got uniform shirts.

"This is a help, given how the economy is," said Martinez, an East End homemaker whose husband works full-time.

Beatrice Jones, who has two children in the Spring school district, arrived about 10:15 a.m. with her daughter and niece, only to find the doors closed and a police officer announcing the event was over.

"They were supposed to have school supplies, but all we got was sweating and paid parking," Jones said.

School Superintendent Terry Grier posted a Twitter message Saturday morning that security personnel had estimated the crowd at 100,000. At about 10 a.m., officials made the call to close the doors.

Although planners didn't know how many people would attend, they expected to serve at least 25,000 children, officials said.

And yes, Texas did cut $4 billion from school funding for the next two years. But there is one thing the Houston Chronicle noted which Think Progress didn't mention:

Paid for with corporate funding from Shell Oil Co. and Motive Enterprises, dental and health checks were also available, as well as lunch and live entertainment.

I can only imagine Perry would point to that as evidence that the system works. Even if it did cut off thousands, and even if there is now a very high risk that many children in Houston schools will attend without the required vaccinations, or be sent home from school until their parents can find some way to get them.

Oh, and what's the problem with funding Texas schools? Taxes, of course:

“Governor Perry deflected attention away from the major flaws in his governorship, which was that the failings of his tax reform in 2006 created a huge shortfall in Texas’s budget,” said Tom Smith, executive director of Public Citizen’s state office in Austin. Without the distraction of social issues Perry created, “more people would be asking whether that tax relief basically bankrupted the state,” Smith said.

Under pressure from federal courts demanding more equitable school funding, Texas revised how it pays for education through high school in 2006. The state enacted laws to cut local property taxes and expand a levy on business income. While the recession crimped state revenue in 2008 and 2009, companies using loopholes avoided paying as much as forecast.

And by the way: "Enrollment in primary grades through high school is projected to increase by 80,000 students a year through fiscal 2013." The Lege, you see, will be back in session in 2013; but not before.

This is the second largest state in the union, in terms of population (not just square miles). I still wonder when the rest of the world is going to start paying attention.