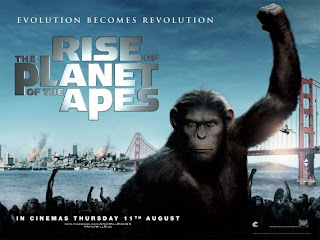 And AmericaBlog sounds the alarm:

To put it differently, by operating in such a framework, the Democratic Party is actively destroying liberalism as a valid set of ideas to be considered by the American public.

Let me work backwards from the end: the last time Democrats were liberals, McGovern lost to Nixon. Before that, it was Johnson; and much as I admire LBJ, he wasn't all about the Great Society and the War on Poverty. Vietnam, anyone? Humphrey ran against Nixon in '68, and while Humphrey was considered the "liberal" then, as many have noted since, Nixon would be too liberal for the GOP today.

Ronald Reagan, he of ballooning budget deficits and a near record number of increases to the debt ceiling, would be too liberal for the GOP today. And might I point out David Frum sounds awfully liberal?

Give me a hammer and a church-house door, and I'd post these theses for modern Republicans:

1) Unemployment is a more urgent problem than debt.

2) The deficit is a symptom of America's economic problems, not a cause.

....
4) The place to cut is health care, not assistance to the unemployed and poor.

....
5) We can collect more revenue without raising tax rates.

....
6) Passion does not substitute for judgment.

Those are Frum's seven points, sans explanations. I've gotta say, I think Obama would only strongly agree with the last two. And Frum is the conservative, Obama the liberal?

How did I find myself in the funhouse, and how do I get out?

Athenae wants to rip Frum for backing the Tea Party, who should from now on be known as the Bull Goose Loonies. That, I think, is unfair. I've more or less followed David Frum since he was a regular, smug, and arch-conservative commenter on NPR. Over the years, as he's seen the GOP shift rightward under his feet, he's actually started to sound more sensible; sort of like a modern-day Barry Goldwater, who seemed nuts in 1964 but now seems almost wise and common-sensical, in the face of Paul Ryan and Rand Paul. I would still disagree with Frum on most things, as my theology and my beliefs put me somewhere to the far left of Noam Chomsky and Amy Goodman, but that's no matter. I can make common cause with Frum when he says things like the article Athenae and I both linked. In fact, I'd like to go back and pick up his explanations for his positions, and expand on 'em a bit....

...if only I thought anyone was paying attention.