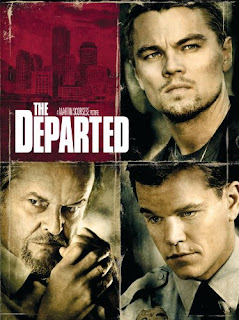 The Scorsese film fascinated me, not least for the reason that the entire film seemed to involve two groups playing cops 'n' robbers as a role-playing game with virtually no intrusion from the "outside" world.  The cops pursue the crooks, who in turn mislead the cops, and in the end the only people hurt are:  the cops and the robbers.  All the deaths are either of criminals or of police, and the whole story is so insular that no character in it isn't in one group or the other.  The only victims of the crimes are from these two groups, in the entire movie.

Would that real life were like this; because we're getting a clearer picture of who is involved in this "Innocence of the Muslims" "film" (I'm still not convinced it exists except on YouTube).  But the people involved in this story aren't all in America. They all are, however, extremists nuts who hate other religions:

Jones and Mr. Bacile cannot be blamed for the violence and death of the ambassador. That blame goes to the perpetrators. Who whipped them up? Ground zero for bringing attention to the movie in Egypt appears to be Al-Nas TV, a religious channel owned by Saudi Arabian businessman Mansour bin Kadsa. A TV show presented by anti-Christian, anti-Semitic host Khaled Abdullah before the violence showed what he said were clips from the film, which he insisted was being produced by the United States and Coptic (Egyptian) Christians.

This fits with what NPR reported this morning, about Libyans upset by the film, but also wondering why America would allow this film to be made.  When I heard that I figured the average Libyan just didn't understand the 1st Amendment, and that they just assumed anything made in America was made with the approval of the American government.  Turns out I should have given them more credit, and should have considered there was a reason they thought the American government was involved.

We've had people in this country moved to demonstrate, if not moved to mob violence, by similar attempts to whip up fervor.  It isn't really that they are all that different from us.  And somebody is trying to use all of us for their own ends.

What do we do about that?