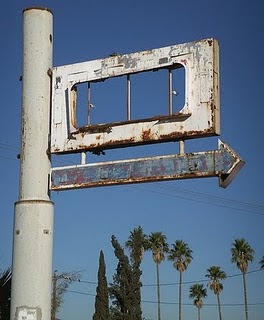 Right after this, the Dems do this:

Democrats voted to update their party's platform Wednesday evening at their convention to include a reference to Jerusalem being the capital of Israel, as well as the insertion of the word "God," neither of which was included in their platform this year but was in previous platforms.

President Barack Obama himself intervened regarding the Jerusalem language, a senior Democratic source told CNN, adding, that he thought the original draft was "a strong statement and he didn't want there to be any confusion about his unshakeable commitment to the security of state israel. The issue of the day is Iran, Hamas and Hezbollah."

The change, proposed by former Ohio Gov. Ted Strickland immediately after the convention was gaveled into order on Wednesday, required a two-thirds voice vote, but was declared as adopted after three voice votes which brought delegates to their feet, shouting their yeas and nays. Democratic sources told CNN prior to the vote that it was to take place by acclamation.

Yeah, whatta loada crap.  But what you don't hear President Obama reaffirming his "unshakeable commitment" to, or the party attesting and affirming is, any concern for the poor in America.

The number of U.S. families struggling to put enough food on the table remains at record-high levels, according to new figures out today from the government. Last year, 1 in almost 7 households were what the government calls "food insecure." That's about the same level as in 2010, but still far higher than before the recession. The problem finding enough food is especially severe among households headed by single mothers with children.

That's how the article starts; this is how it ends:

The program is facing steep budget cuts in Congress, mostly from Republicans who think the economy would be better off with smaller government. Nelson says he also went to the Republican National Convention to make the case that childhood hunger has to be addressed.

"We're finding that both parties are really, to a large extent, particularly at the federal level, way too quiet on this issue," [Tom] Nelson [president of Share Our Strength]  says.

In fact, neither President Obama nor his Republican challenger, Mitt Romney, had any comment today about the new numbers.


Lt. Gen. Russel Honoré (Ret.) was right:  we are scared of the poor.  Which bothers me a helluva lot more than what words are, or are not, in a party platform.