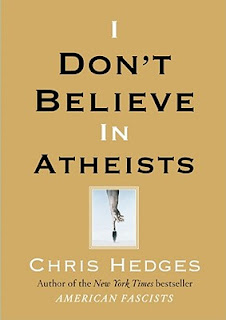 This has been retitled on the front page of Salon to "Atheism's Next Phase:  Justice."

Which leaves me wondering:  is atheism a movement?  an ideology?  A non-religious religion?

What was the first phase?  Making the best-seller list?  World hegemony?  Blogging?

Even as atheists open churches for atheists, I've had atheists in my comments tell me atheism is not about being anti-religion at all, that in fact it really isn't about anything, except not being religious (which isn't about being anti-religious, apparently; though I still don't understand the distinction between "non-religious" and "atheist," especially where Dawkins and Hitchens are concerned).  But if atheism is not an ideology or a movement, how does it have a phase?

And what does atheism have to do with justice?  Unless all atheists are Sartreans now.....