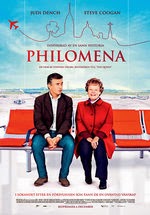 I want to address what was brought up here, so this is more in the nature of an extended comment than a stand-alone blog post.

My response is prompted not just by the comments of the host, but by this article at Salon, which reports on "a suspected illegal drug trial" conducted from 1930 to 1936 involving over 2000 children in several Irish care homes, most (all?) run by the Catholic church (to be fair, the article at Salon doesn't make clear that all the homes were Catholic institutions).  This is a truly distressing episode, and it is not excusable.  However, as Michael Dwyer of the Cork University School of History said:

“The fact that no record of these trials can be found in the files relating to the Department of Local Government and Public Health, the Municipal Health Reports relating to Cork and Dublin, or the Wellcome Archives in London, suggests that vaccine trials would not have been acceptable to government, municipal authorities, or the general public. However, the fact that reports of these trials were published in the most prestigious medical journals suggests that  this type of human experimentation was largely accepted by medical practitioners and facilitated by authorities in charge of children’s residential institutions.”

To put this in some context:  the first child labor laws in the U.S. on the federal level were passed in 1938, largely because adults were desperate for work, not out of a new concern for child labor.  Woodrow Wilson had signed an early bill into law, but the Supreme Court ruled that it regulated intrastate commerce and the law was voided.  So child labor has not been regulated for yet 100 years in this country (and Newt Gingrich thinks that's been not quite a century too long; but that's a topic for another day).

In 1903, Mother Jones led a "Children's Crusade" march from Kensington, Pennsylvania to Oyster Bay, New York, summer home of then president Theodore Roosevelt.  The march was to demand laws to get children out of factories and mines and into school.  Roosevelt refused to meet with them, and yet to this day TR is lionized, and no one mentions his indifference to the horrors of child labor.

And, of course, there is the infamous Buck v. Bell opinion, where in 1927 Justice Oliver Wendell Holmes ruled that "Three generations of imbeciles is enough!"  He was using legal, not pejorative, language; language considered, at the time, quite scientific.

Which is what brings me back around to the comments I wanted to respond to.  It was science that assured Justice Holmes people could be soundly legally classified as "imbeciles" and "morons."  It was the pursuit of science that convinced Burroughs Wellcome there was no problem with administering experimental vaccines to 2000 babies without consent of anyone but the institutions  where they were living.  It was science that convinced people this was not only good, but necessary.  And, frankly, it didn't really end until science achieved its nadir, in the Holocaust committed by Nazi Germany.

Eugenics was behind Justice Holmes' comments; eugenics that led the state of Oklahoma to forcibly sterilize certain of its citizens, based more on the fact they were not socially desirable, than on the fact of their actual mental or physical conditions.  ("Feeblemindedness," itself a legal term, was associated more with social class than with actual mental ability.  If you were rich enough, you were merely "eccentric.")  There is evidence that Carrie Buck was the victim of poverty, not of diminished mental capacity; and more evidence the state of Oklahoma was only too willing to find some of its residents more worthy of respect and autonomy than other of its residents.  What finally ended such arrogance was the horror of Dachau and Auschwitz, the realization of what the Nazis had done and why.

I can remember my parents reporting on a lecture they attended decades ago when the first "artificial heart" was in the news.  My father was a heart patient, and the topic was of great interest to them.  The doctor speaking condemned the experiment then in the news, the attempt to make an artificial heart work by implanting it in a man who had no hope of survival with it (the major mechanism of the heart, the pump, was actually located outside the body.  It was the functional equivalent of being hooked to a dialysis machine 24/7, with no hope of ever removing it.)  He pointed out that humankind had universally banned human experimentation after discovering what was done in Germany under Hitler.

So times have changed, but the change did not come about because of science, but in spite of it.  It was not science that told the world what was done by Nazi doctors was wrong; it was humanity.  It was the utter revulsion that made human experimentation so revolting.  It is true, in the example I cite, that there is a difference between consent and non-consent to participate in the trials; but it still a dubious thing when we experiment on people, when we diminish any individual's quality of life merely for the sake of information.  It is a dubious thing, but science alone can say nothing about it.

I mention this because I agree with the analysis that what was done in Ireland from 1930 to 1936 was foul; but it was also very scientific.  I want to join in the condemnation of the church that the Salon writer indulges:

In other words, the Catholic institutions that these women and their children were forced to turn to as their only refuge viciously turned their backs on them — treating them, quite literally, as garbage. This is abuse of the highest order. Abuse in life, abuse in death. Carried out by religious orders so warped, so perverted in their utter lack of mercy that they participated in the suffering of an unfathomable number of babies and children. This is what the Catholic church of Ireland is capable of, when it is given free reign over the bodies of its most vulnerable members.

But, as TC points out, this was done as much by the British government as by the Catholic church.  It seems especially heinous when carried out by a Christian institution (or even a religious one), but the sterilization laws of Oklahoma were not protested by any Protestant denomination, and no institutional church movement championed the cause of children in 1938, or before.  If they did, their efforts have been lost to history (which would not surprise.  The UCC is active in many movements for social justice, but whether it even deserves credit it doesn't  receive is unknown and virtually unknowable, largely because no one pays attention).  To this day Martin Luther King, Jr. is credited with leading a civil rights movement that actually led him; it existed before he took the leadership role, and continued after his death, and was rooted in churches all across America.  Oddly, when a church is caught in complicity with a policy we belatedly condemn, that failing is noticed.  When a church is in the midst of a great struggle we belatedly affirm, the actions of the church are ignored and swept aside.
And science, as ever, gets to claim the public ground of virtue and the greatest benefit for the greatest number, and set itself as the opponent of ignorance, usually championed by some religiously connected figure or another (usually pastors of independent or quite singular churches, seldom people speaking for a denomination; or just figures who claim to know God's mind and will).

It is curious that religious orders are warped, but never science.  We once had "mad scientists" and scientists so myopic they were blind to the horrors their science might unleash.  Now we only have dangerous religious fanatics and no true Scotsman can be a scientist who does wrong.

The underlying scandal here is the alleged 800 bodies found in a septic tank on the grounds of a former home for unwed mothers in Tuam, Ireland.  The problem with that scandal is that almost everything about it has been misreported.

Catherine Corliss established, through painstaking research, that 796 children died at St. Mary's between 1925 and 1961, all from natural if lamentable causes (no foul play is alleged, in other words).

She also discovered that there were no burial records for the children and that they had not been interred in any of the local public cemeteries. In her article she concludes that many of the children were buried in an unofficial graveyard at the rear of the former home. This small grassy space has been attended for decades by local people, who have planted roses and other flowers there, and put up a grotto in one corner.

Which is where the story gets interesting.   One man, a boy of 10 in 1975, is quoted as saying he and some other boys found a slab of concrete on the grounds of the former home (details are in the article) and lifted it to see several skeletons underneath.  800?  No, more like 20.  In a septic tank?  No, probably not:

When Corless was researching the home she looked at old maps of Tuam. One was an 1840 Ordnance Survey map that shows the then workhouse. At the rear of the site is a space she believes to be the sewage tank for the workhouse, although it is not labelled as such. Later maps have “sewage tank” written in the same space.

That's where the notion of a "septic tank" came from; but why couldn't all the bodies be buried there?

Even if a number of children are indeed interred in what was once a sewage tank, horrific as that thought is, there cannot be 796 of them. The public water scheme came to Tuam in 1937. Between 1925, when the home opened, and 1937 the tank remained in use. During that period 204 children died at the home. Corless admits that it now seems impossible to her that more than 200 bodies could have been put in a working sewage tank.

So where were they buried?  In unmarked graves, apparently; and how that reflects on any Catholic practices of the time, I will not venture to say.  However, at the church I pastored here there is a cemetery that dates back to the mid-19th century.   One section of it is undisturbed, a large space noted in church records as a common burial plot.  The story is it was where victims of a yellow fever epidemic were buried, because the bodies had to be interred as quickly as possible, and there were so many of them.  They were not "dumped," and there were not 800 of them, but no one knows who is buried there, or how many bodies there are.

Was there a scandal attached to the church about childcare or unwed mothers, however, I'm sure that large blank place in the graveyard could be attached to some imagined horror very quickly.