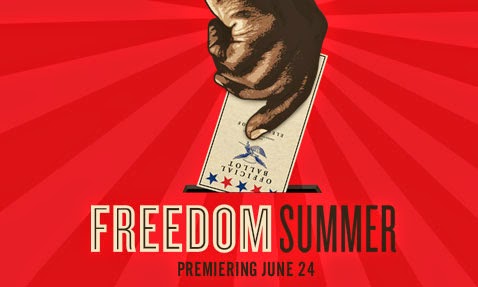 I do remember that the greatest underlying fear of my childhood was violence.  Not violence from criminals, as I saw on TV every night (or "secret agents"), but from Southern rednecks (another term I didn't learn until I was older than 9).  I still remember a vague, insistent fear of violence in rural settings, on back roads, in the "wrong part of town," and the violence was always connected to white men.  I never really feared black men; I had a fear of white men.

A completely irrational fear, based on nothing at all.  Nothing tangible, anyway.  Vietnam was not yet on the nightly news every evening  The death counts and body bags and film of men firing automatic weapons in the jungle somewhere were not yet daily fare.  But I'm pretty sure my fear was already implanted before that, and it had a locus:  it was white men; it was Southern white men.

The kind of people I knew, though I didn't realize how much was not like them until the race riot at my high school.  The kind of people I lived around daily, who never did me a moment's harm; never made a threat to me; never so much as raised their voices to me.  Still, I had an undercurrent of fear, and it was attached to the violence possible from Southern men.

I finally figured out where that fear came from, last night, watching PBS.  Watching the old news reels, the old TV clips, listening to the descriptions of violence, I remembered the very real violence that seemed to be all around me in my childhood.  I remembered the tension, even though I didn't live in Mississippi or in any place touched by protests or changes in the law until 1970, when the public schools I attended were finally integrated.  Mostly, I found the source of my fear, a fear I'd long ago forgotten, but which came back like a demanding memory as I watched history unfold again.

Perhaps we would do well to recall the violence attendant upon the efforts to register blacks to vote in Mississippi.  Registration before the county clerk required an essay exam on the Mississippi constitution, one designed for blacks to fail, one they would fail because the white county clerk said so, because in Mississippi that county clerk's word was law on the matter.  Lists of those who had tried to register would run in local newspapers, simply to intimidate them into not trying again.  Volunteers during Freedom Summer bypassed the clerks by taking forms to blacks and returning the forms en masse, with no way for the clerk to determine who on the form was white, who was black.

And today, our Jubilee having been declared by the Supreme Court, states once again challenge voting registration by private groups.  They have learned from Mississippi 50 years ago.  Have we?

Three volunteers died that summer; it was violence meant to intimidate, though I'm sure it was more immediately violence against "outsiders."  It was people in Mississippi upset that their status quo was being challenged.  It was also, in so many ways, a huge mistake.  Murder is never justified, but the deaths of those three spurred people across Mississippi, especially the African Americans, to support the effort to register voters, to rise up, to not take it anymore.

People died for the right to vote; and it was within my lifetime.  It wasn't near to me or known to me at the time, but I felt the effects of it, I still carry memories of the fear of it.  I learned in my bones what a fearsome place the world could be, even though it never touched me directly.  I learned that such things must not be accepted or tacitly approved or ignored.  I daresay I learned that lesson better than Chief Justice John Roberts did.  I doubt he's learned that lesson at all.

Equity and equality under the law and equal access to all the rights of citizenship are the birthright of all Americans.  We still haven't lived that out, though we praise ourselves thinking we have always done so.  People died for that simple idea, because the evil truth prevails that people don't matter, only ideas and things matter.  We cannot destroy that evil, we can only oppose it, unflinchingly, with open eyes and open hearts, to the end of our days.

And the fire and the rose will be one.