Running as fast as you can to stay in one place 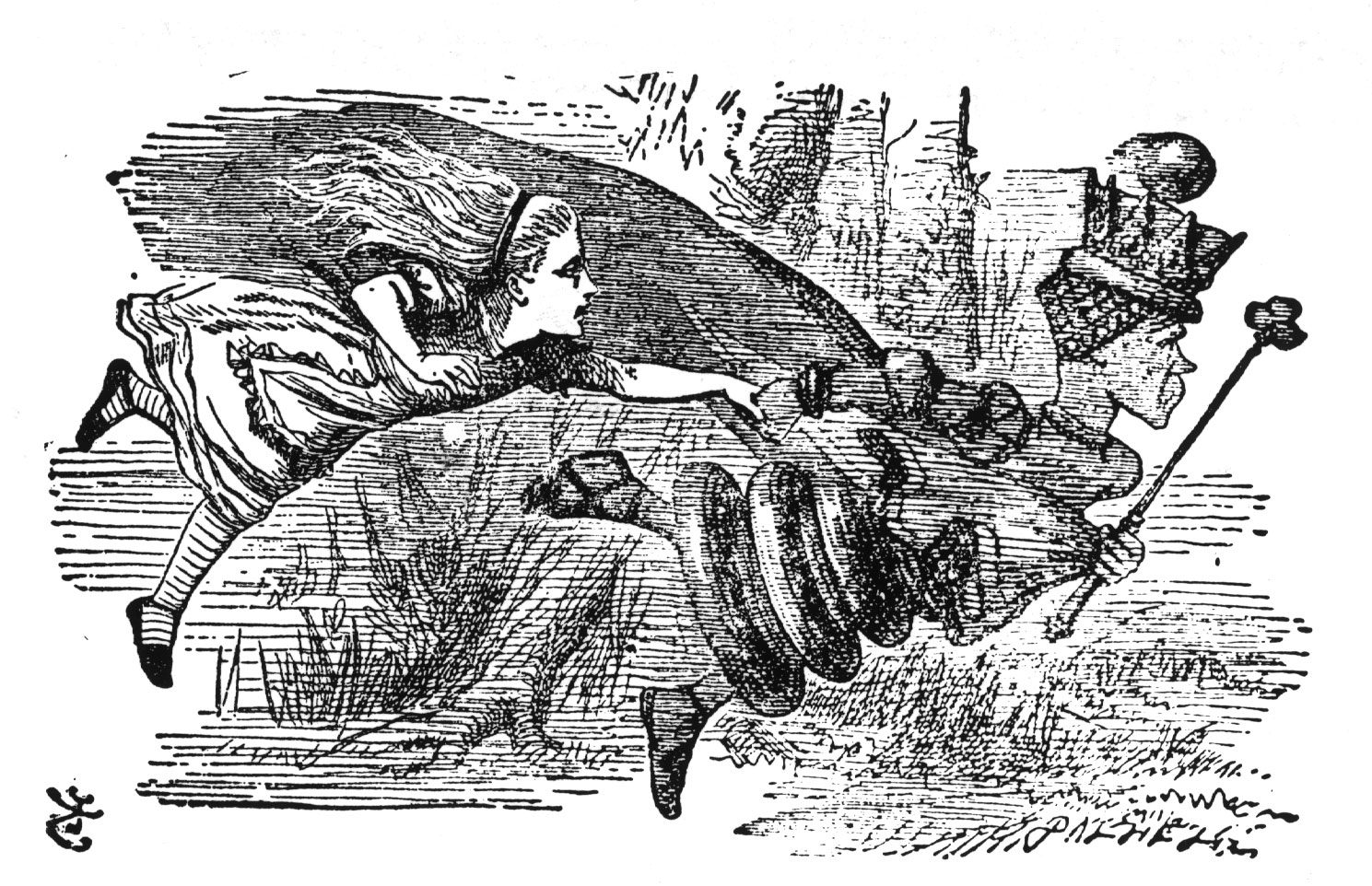 William Saletan has fun imagining Trump playing out the "joke" of his denial of what he said in Helsinki through the end of the week.  Truth, in its attempt to prove itself far stranger than fiction, told Mr. Saletan he should have simply waited 24 hours before attempting satire.

“No,” Trump replied, taking the side of the Kremlin over the conclusions of the intelligence community that Russia is currently meddling in the 2018 midterm elections.

“I would expect that there are going to be meetings about how they will clarify those comments again,” White House correspondent Kristen Welker predicted.

“ I had a chance to speak with the President after his comments and the president was — said thank you very much and was saying no to answering questions,” she told reporters Wednesday. “The President and his administration are working very hard to make sure that Russia is unable to meddle in our elections as they have done in the past and as we have stated.”


(Is there any serious question of what Trump was saying?  No.  He included this as part of his one word answer:

“We are doing very well, probably as well as anyone has ever done, with Russia. There’s been no president, ever, as tough as I am on Russia. All you have to do is look at the numbers, look at what we’ve done, look at sanctions, look at ambassadors not there, look unfortunately at what happened in Syria recently, and I think President Putin knows that better than anybody, certainly a lot better than the media.”


Which hardly sounds like he was refusing to take the question.)

(Adding:  George Will a few days ago noted about Trump's use of the language:  “Precision is not part of Trump’s repertoire: He speaks English as though it is a second language that he learned from someone who learned English last week."  Apparently Sarah Huckabee agrees, as she now claims to be his interpreter, as she explained her explanation of what Trump said today:  “Actually, I’m interpreting what the president was saying. I’m not reversing it."