Let them know it's Xmas Time 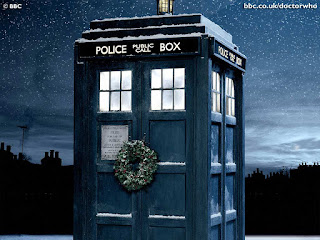 I was reading this last night in the New Yorker Christmas Collection. If I recall correctly, it was originally published in 1944. If you never have seen it, read it and realize that giants once walked the earth. If you have read it, read it again, and weep for how far public standards have fallen.

I like it not just for its picaresque language and gargantuan feast, or even its Swiftian satire. I both admire, and agree with, Mencken's position on "Christian charity":

"Why in hell," he observed impatiently, "do all them goddam hypocrites keep the poor bums waiting for two, three hours while they get off their goddam whimwham? Here is a hall full of men who ain't had nothing to speak of to eat for maybe three, four days, and yet they have to set there smelling the turkey and the coffee while ten, fifteen Sunday-school superintendents and W.C.T.U. [Women's Christian Temperance Union] sisters sing hymns to them and holler against booze. I tell you, Mr. Ammermeyer, it ain't human. More than once I have saw a whole row of them poor bums pass out in faints, and had to send them away in the wagon. And then, when the chow is circulated at last, and they begin fighting for the turkey bones, they ain't hardly got the stuff down before the superintendents and the sisters begin calling on them to stand up and confess whatever skullduggery they have done in the past, whether they really done it or not, with us cops standing all around. And every man Jack of them knows that if they don't lay it on plenty thick there won't be no encore of the giblets and stuffing, and two times out of three there ain't no encore anyhow, for them psalm singers are the stingiest outfit outside hell and never give a starving bum enough solid feed to last him until Christmas Monday. And not a damned drop to drink! Nothing but coffee--and without no milk! I tell you, Mr. Ammermeyer, it makes a man's blood boil."

Try as I might, I can't find one example in the gospels of Jesus checking the state of someone's immortal soul, or doing an audit of their ethical balance sheet, or even extracting some kind of confession of sins, or of doctrine, before sitting down to eat with them, inviting himself to their house, or healing their infirmities. In fact, it seems to be their faith that heals them, not his power.

But such, as Lewis Carroll observed under very different circumstances, is human perversity.

My apologies that this version of "A Bum's Christmas" is abbreviated. It is the only version I can find on-line. If you can find the full text, I have no doubt that is even better than this. But half a loaf, and all that.