To the man with a hammer 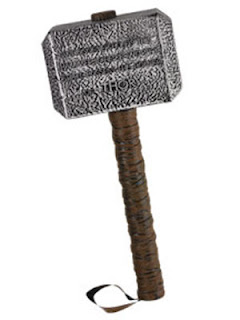 the whole world looks like a nail. Or, the continuing saga of "What happened in New Hampshire?"

"Wait, Wait, Don't Tell Me" says this was the worst failure of "scientific" polling since Dewey Defeats Truman." Or maybe further back than that; I don't even remember. They made much of the idea that Hillary "connected" with people when she cried (even though the woman who asked that question thought her response was contrived, and voted for Obama). Even Paul Begala (who was on the show) jumped to that conclusion; I expect it to become the "answer" (and everyone knows there is only one narrative for history) in the days to come.

Bob Herbert begs to differ, and points out that while Obama drew large crowds in New Hampshire, even when the candidate asked for a show of hands over 1/3 of most crowds were not awed by Obama, but were in fact "undecided." As Mr. Herbert puts it:

I was not predicting an Obama defeat. I just had a strong sense that the news media, feeding on itself, had lost sight of reality and that the election was bound to be close.

Pretty much. the problem was never the polling data; it was the interpretation of the polling data. And that was all done within the narrative of "Obama rising, Clinton falling." Undecided voters, in other words, didn't count; until they were counted.

But don't expect the pundits or the pollsters to recognize that. They'll come up with dozens of excuses, none of which lead back to them, and they'll dust the fingerprints off of everything they say, even if they said it on the same broadcast. The reigning narrative must be maintained: the pundits only "analyze" the data, they don't determine it. And indeed, they don't; but they act like they do, and most of the time, they get away with that. And when they don't, they have plausible deniability.

Tell me again why the rest of us spend so much time paying attention to these people and then talking about them?