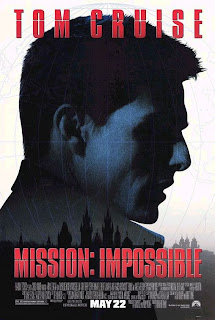 This deserves to be disseminated as widely as possible. Probably it already has, and just hasn't reached my particular backwater eddy yet. It is an essay by John Hockenberry, and well worth your time. An excerpt:

One might have thought that the television industry, with its history of rapid adaptation to technological change, would have become a center of innovation for the next radical transformation in communication. It did not. Nor did the ability to transmit pictures, voices, and stories from around the world to living rooms in the U.S. heartland produce a nation that is more sophisticated about global affairs. Instead, the United States is arguably more isolated and less educated about the world than it was a half-century ago. In a time of such broad technological change, how can this possibly be the case?

In the spring of 2005, after working in television news for 12 years, I was jettisoned from NBC News in one of the company's downsizings. The work that I and others at Dateline NBC had done--to explore how the Internet might create new opportunities for storytelling, new audiences, and exciting new mechanisms for the creation of journalism--had come to naught. After years of timid experiments, NBC News tacitly declared that it wasn't interested. The culmination of Dateline's Internet journalism strategy was the highly rated pile of programming debris called To Catch a Predator. The TCAP formula is to post offers of sex with minors on the Internet and see whether anybody responds. Dateline's notion of New Media was the technological equivalent of etching "For a good time call Sally" on a men's room stall and waiting with cameras to see if anybody copied down the number.

Networks are built on the assumption that audience size is what matters most. Content is secondary; it exists to attract passive viewers who will sit still for advertisements. For a while, that assumption served the industry well. But the TV news business has been blind to the revolution that made the viewer blink: the digital organization of communities that are anything but passive. Traditional market-driven media always attempt to treat devices, audiences, and content as bulk commodities, while users instead view all three as ways of creating and maintaining smaller-scale communities. As users acquire the means of producing and distributing content, the authority and profit potential of large traditional networks are directly challenged.

Let me take that in another direction and suggest that the assumption which builds networks (or built them, per Hockenberry) is the assumption that builds "mega-churches." And is precisely why they will, eventually, fail. Not entirely as institutions (they are filling a distinct need in a society that more and more has no center, having sold all in order to acquire the still unfulfilled promises of Mammon), but as institutions of Christianity. As the latter, their days are distinctly numbered. Christianity simply will not be "gamed" into the foreseeable future. Whatever the mega-church offers, Christianity is less and less a part of it. That's not a thesis I consider unsupported, nor unsupportable. Nor is it really an assault on mega-churches; merely an observation. In 2006 the New York Times profiled Rev. Tim Keller, who now leads a church of 4,400 people. But, as the article noted, when he isn't in the pulpit, the people aren't in the pews. The trend among evangelicals, the article also said, was to "grow Christians" by "planting churches." But when even an intellectual preacher like Rev. Keller can't leave the pulpit without driving down attendance, what is the functional difference between a mega-church and a cult of personality? I can't think of one "mega-church" which isn't built on the personality of the pastor. That, in fact, is the recognized model for church growth, and pastors who are good at it are in high demand. As I've said before: mega-churches are in the business of ministry; something else that shouldn't be a "business" at all. There is one thing about mega-churches: they are all about selling.

There is a huge church here in Houston, one with multiple campuses, and to his credit the pastor preaches a pretty standard Southern Baptist sermon (unlike Joel Osteen's 7 steps to wealth, or 7 keys. He changed nouns in his new book, and I can't remember which is old, which is new.). But in his TV ads and billboards, aside from the word "church," you'd never know he was a Christian pastor. I'm not sure he even mentions "Pastor" in his self-identification. The emphasis is on "joining" the institution, not on being a disciple of Christ.

Although discipleship isn't the linchpin, actually, of church membership. I used to think it was, but now I know better. Just as there are priests and pastors and bishops and conference ministers, there are disciples and church members. But when the emphasis is on acquiring warm bodies in order to keep the institution's doors open, or the pastor employed, or the bishop paid, or...well, you get the idea. When that becomes the be-all and end-all of the church, be it nationally or locally, then troubled times have indeed come.

Once upon a time the church was as much a cultural institution as government and the military. Those days are over. But I don't think the replacement is a "TV Network" model, where what matters most is audience size, and content rates a distant second. As John Hockenberry says, that model no longer really works for television, thanks to changing technologies. Those technologies have social, as well as business, impact. Which means the church needs to find its own model, and quit taking everyone else's. As a friend of mine, a fellow minister, observed: the church is always taking up the business model that business has just discarded. Maybe there's a reason business threw it away, and maybe for that reason alone, the church doesn't need to pick it up. Indeed, there is evidence that churches are flourishing by rediscovering core Christian practices: hospitality, contemplation, diversity, justice, discernment and worship. But such churches don't attract 2000+ worshippers every Sunday, so they don't make the news. In American media, size matters.

Lest you think I've gone too far afield here, listen to any "mega-church" pastor and tell me they don't all say the same thing. Then consider that this is not a coincidence:

This was one in a series of lessons I learned about how television news had lost its most basic journalistic instincts in its search for the audience-driven sweet spot, the "emotional center" of the American people. Gone was the mission of using technology to veer out onto the edge of American understanding in order to introduce something fundamentally new into the national debate. The informational edge was perilous, it was unpredictable, and it required the news audience to be willing to learn something it did not already know. Stories from the edge were not typically reassuring about the future. In this sense they were like actual news, unpredictable flashes from the unknown. On the other hand, the coveted emotional center was reliable, it was predictable, and its story lines could be duplicated over and over. It reassured the audience by telling it what it already knew rather than challenging it to learn. This explains why TV news voices all use similar cadences, why all anchors seem to sound alike, why reporters in the field all use the identical tone of urgency no matter whether the story is about the devastating aftermath of an earthquake or someone's lost kitty.

John Donne used to preach in his shroud, to remind his audience of their mortality (in a day when few could forget it, actually; Donne himself outlived many of his own children). His sermons were are erudite as his poetry, yet he preached to standing room crowds. We can't turn the clock back to that, of course, but the church, in trying to recover the central social position it once had, has certainly gone the way of network news in giving up almost everything in the name of audience appeal. Unlike network news, though, the church has a deeper purpose than simply to inform the citizens of this republic; and while the republic may fail in a new dark ages (no, not really, but that's another post), the church will persist despite what some persist in doing in its name.

Just a thought. Go read the article; it won't make you think of church at all, I'm sure.