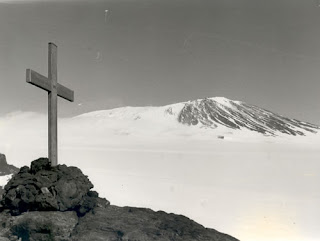 Well, actually, afternoon before the big meetup at Saddleback Church. But let me just say that, in this interview anyway, Rick Warren strikes me as, well, clueless. Or tone deaf to the insidious nature of irony:

RW: Right now civility is a losing battle. It's easy to demonize from a distance. When people sit behind a screen they lose all civility. The anonymity makes people more ad hominem. One of my three life goals is to help restore civility to civilization. I just think the Internet has made us ruder.
JG: Small goal.
RW: All three of my goals are impossible, but I'm trying. To restore civility, to restore responsibility to individuals, getting people to stop playing victim. And to restore credibility to churches, because in many ways they've been co-opted by politics.

And the best way to do achieve that last goal, of course, is to hold a public forum with the two presumptive Presidential candidates, in your church, where you, the pastor, get to moderate. Or is that just so meta-ironic it's no longer even irony anymore? I mean, it's kinda like how Jesus took over temple worship by chasing all the moneylenders out of the public area of the Temple, and got everybody to see things his way after that. Or how he deposed Pilate and made Rome give up claim to Palestine in order to teach people that giving Caesar what was Caesar's meant making Caesar give up something first.

Oh, wait, that's not what he did at all. And I'm a little fuzzy on "getting people to stop playing victim," unless he means what David Brooks said about China's Szechuan province and (implicitly) how Americans reacted to Katrina and Rita (hint: we're a nation of whiners). But let me go a little further, because this really bugs me:

Actually, the Bible doesn't make helping others conditional. When Jesus tells the parable of the sheep and the goats in Matthew, he doesn't say that those who fed the hungry, clothed the naked, and visited the prisoners, were well-off and doing charity work out of their abundance. He said they did it, period. He didn't say they could afford to; they just did. When the widow listened to Elijah and made a meal for him before serving herself and her son, it was clear there was no food left. Yet her faith and her hospitality to a stranger meant there was enough for all of them until the famine passed. The Bible is full of such stories. There is never any serious emphasis on giving from your abundance. In fact, that's what Walt Brueggeman would call the teaching of Solomon, not the theology of the God of Abraham. So we don't give because we have so much to share, or because we are so richly blessed by God (and implicitly deserving of such blessing). We take care of those with less than we have because we should. The law was the gleanings of the field were left for others who needed it; that the widow, the orphan, the slave, the alien, all powerless groups, were to be cared for, or there would be prosperity for none. When John the Baptist tells his audience in Luke to give up their second coat to the person with no coat, or give food to the person with no food, he is making exactly this point. It isn't your excess you share, it's whatever you have: period.

But, of course, that kind of preaching won't fill a mega-church. And I won't even touch on the idea that this nation had a moral imperative to invade Iraq.

There is a difference between that and living under oppression, living with fear for your life. That's why whether or not they found weapons of mass destruction in Iraq is beside the point. Saddam and his sons were raping the country, literally. And we morally had to do something. If you have a Judeo-Christian heritage, you have to believe it when God says that evil cannot be compromised with. It has to be resisted, it has to be overcome.

Screw that "turn the other cheek" gab! We've got evil to overcome! This is the kind of moral/religious justification for war that Reinhold Niebuhr stood on its ear two generations ago, especially when he wrote about the "irony of American history" (and yes, there is that nagging question of just how we define "evil," especially considering the state of Iraq today. The good Rev. Warren let's that pass right by, and Mr. Goldberg helps him ignore it.) But that was many years ago; I doubt that anyone would know.....

It is always so much easier to judge, than to subject yourself to judgment. Which is what makes commentary like this so precarious. So let me clarify: I have no animus toward Rev. Warren. I don't think much of this forum tonight, as either a political or a theological exercise; and I disagree with his ideas, as far as I can ascertain them. But I'm enough in agreement with his interest in civility to say that I my only interest is to point out some alternative to what Rev. Warren presents, which I would call "the usual American theology." It's not that he's wrong, or "bad;" but there are alternatives, just as there are alternatives to McCain and Obama appearing in his church, answering his questions, tonight.

ADDING: Wow, Just wow. Tickets for the event tonight were $500 to $2000. And yes, even at a church with a facility as grand as Saddleback obviously has, it's hard to believe that money isn't paying the bills for use of the space, not just for "network feeds." Also, two questions come up:

1) Hospitality: " 'When you have the national stage, shouldn't you be open to everybody? A church that espouses its openness is now catering to the haves and have-nots.' " One can at least safely say that the first are still first, and the last are still last. Wonder what purpose that drives at the church?

2) Separation of church and state:

Some residents had concerns about the church taking money for a political event. One the church's Web site, Warren said he felt the event was not a violation of church and state.

"It has no government sponsorship," he said in a statement.

Imagine what a mission-oriented church could do with proceeds from tickets selling for $500 to $2000. Never get their hands on that kind of money, is what they could do; because they aren't selling what the world is buying.

Obviously Rev. Warren is. Render unto Caesar, and all that. Sort of the reason Jesus never got involved in Roman politics.