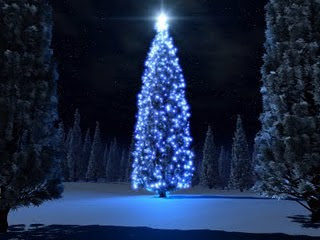 For New Year, Posumus, ten years ago,
You sent me four pounds of good silver-plate.
The next year, hoping for a rise in weight
(For gifts should either stay the same or grow),
I got two pounds. The third and fourth produced
Inferior presents, and the fifth year's weighed
Only a pound--Septicus' work, ill-made
Into the bargain. Next I was reduced
To an eight-ounce oblong salad-platter, soon
It was a miniature cup that tipped the scales
At even less. A tiny two-ounce spoon
Was the eighth year's surprise. The ninth, at length,
And grudgingly, disgorged a pick for snails
Lighter than a needle. Now, I note, the tenth
Has come and gone with nothing in its train.
I miss the old four pounds! Let's start again!

I learned an object lesson in this, just before Advent started. A lesson in giving and not giving and especially in not receiving. A friend of mine died. An old friend, so his death was not entirely unexpected. In fact, it wasn't unexpected at all. His son, one of my oldest and dearest friends, was with him. He knew what was coming. I didn't, but that's of no matter, except to me. It caught me by surprise. I hadn't kept up. I didn't know what my friend's father's condition was. I didn't ask, so no one told me. Why should they?

And now it is too late, and we cannot start again. He gave me much over the years, the decades that I knew him. I told my friend that his father had shown me how much bigger the world was than what could be seen from the perch of my hometown, the place he'd come to live in prosper, as my father had done. But my friend's father did that without demeaning where he was, or making me feel he’d come down in the world to be there, or to be with me. It was quite a lesson for a callow and thoughtless youth sure he knew all he needed to know about the world, and his place in it. My friend showed me a world in love and wonder, even as he saw it as it is. It was quite a profound lesson, one I was decades deciphering and discerning.

And now he's gone, and I cannot repay him. I miss the old four pounds. I miss even the snail pick; that would have been more of a gift than the time I gave him, than the attention I gave him. I went back to that town often; my parents still live there. But I never saw my friend, because I was too busy, too scheduled, too burdened with worry and anxiety and my own life; too wrapped up. I diminished the gifts of his time until there wasn't even a letter of regret between us. No matter to him, of course; he had his life, I was a part of it, but not a large part of it. He was a part of mine, but not a large part, either. It is the way of all flesh. It is the sum of things. It is foolishness to say I failed him. But I failed myself, by letting the world take me away from what is most important. I let the world devour me, and time eat up my days. Now I learn, again, that no man is an island; and even one piece of dirt washed away from the main, diminishes me.

The fact is, it's an awakening, this loss. It's a realization that I lost my friend a long time ago, maybe because even then it was time to move on and not look back. I lost him, but now there is no going back. Now that loss is permanent, no hope for starting over again. The calendar tells us, even as we move on year after year, putting one annual behind us, looking ahead to the next one and taking it in it's stride, that we can repeat, start over, clean the slate and make a new try. But we can't; it comes to an end, it peters out to snail picks and regrets about a cycle that wasn't a cycle after all, just a string unwinding, a string that doesn't even have a knot in the end of it large enough to hang onto.