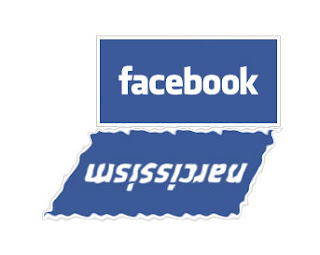 I know it's really, really not the right thing to say, but honestly: what is new here besides the technology?

Shouldn’t we struggle against Facebook? Everything in it is reduced to the size of its founder. Blue, because it turns out Zuckerberg is red-green color-blind. “Blue is the richest color for me—I can see all of blue.” Poking, because that’s what shy boys do to girls they are scared to talk to. Preoccupied with personal trivia, because Mark Zuckerberg thinks the exchange of personal trivia is what “friendship” is. A Mark Zuckerberg Production indeed! We were going to live online. It was going to be extraordinary. Yet what kind of living is this? Step back from your Facebook Wall for a moment: Doesn’t it, suddenly, look a little ridiculous? Your life in this format?

The last defense of every Facebook addict is: but it helps me keep in contact with people who are far away! Well, e-mail and Skype do that, too, and they have the added advantage of not forcing you to interface with the mind of Mark Zuckerberg—but, well, you know. We all know. If we really wanted to write to these faraway people, or see them, we would. What we actually want to do is the bare minimum, just like any nineteen-year-old college boy who’d rather be doing something else, or nothing.

At my screening, when a character in the film mentioned the early blog platform LiveJournal (still popular in Russia), the audience laughed. I can’t imagine life without files but I can just about imagine a time when Facebook will seem as comically obsolete as LiveJournal. In this sense, The Social Network is not a cruel portrait of any particular real-world person called “Mark Zuckerberg.” It’s a cruel portrait of us: 500 million sentient people entrapped in the recent careless thoughts of a Harvard sophomore.

First, I should say I'm not "on" Facebook, and I don't want to be. In terms of this essay, that makes me a Luddite, not even Generation 1.0. Fine. I can live with that. And I have to say my touchstone here is the monastic community Kathleen Norris described in her books Dakota and The Cloister Walk, which is to say a world as virtual to me as the world of Facebook. And yes, I do understand there are enough people on Facebook to constitute a large country of its own; but it isn't a country of its own, is it? And it isn't new and different and alien to all human experience before now. Or is it now? Or now?

Do you get my point? I'll come in again.

How about now? No, not then, now. Well, that's already past. And so has this. Well, I should say, so will this.

Blogging was going to change the world. It was all going to be different now, all these people connected together into like-minded communities by the wide-open freedom of the World Wide Web. Except it didn't happen. People I used to converse with daily have all gone back to their lives, or gone on with their lives, and it turned out our interests weren't all that much the same, after all. Probably we would have drifted apart had we seen each other every day. I know all the friends I had in Austin, all the friends I had in seminary, are almost all just memories now. Time's moving finger writes and having writ, moves on. I can keep in touch with them just as well by e-mail or snail mail or telephone as I could by any internet access. I don't, very well, in part because the life I live now is not the life I lived then, and so few of them are a part of it. There are other reasons, too; but that's private. I'm not going to go there with you.

This isn't yet the "open internet" that Mark Zuckerberg envisions. Not for me, anyway.

So I keep in touch with people, and I don't, and that hasn't changed because of e-mail or blogging or even because now everyone is on Facebook. Maybe that's why everyone drifted away from blogging; maybe it's not. Either way, the familiar faces are gone, and the new familiar faces are growing tired of me, or I of them. I find myself repeating myself, like talking about everything old being new again, because I don't know what else to talk about. I don't know how not to be the persona I am on-line, when I'm on-line. And it isn't me; even when it is; because I'm more than that. And dragging that "more" on-line to display it, to explain it, to justify who I present myself to be now, is as much trouble as trying to keep up with people I was never that attached to anyway, people I shared work and experiences with, which I don't share anymore.

My true friends, my close friends, my best friends, have survived it all with me. I'm lucky. I have friends I've known since earliest childhood. I'm very lucky. I have new friends I might as well have known since earliest childhood. I hardly talk to them here; most of them I don't talk to here at all. But that's life, it seems to me. I am, as I say, lucky. The Great Transformation is still the Industrial Revolution. That one upended everything we knew about being human, and shook it all about, and tossed it back on the table in a random jumble and said, "There. Now do something with it." The reaction to that was Romanticism. The reaction to the "Computer Revolution"?

We're still wandering around in the ruins of Romanticism, though as a literary and philosophical movement we've now decided ("we"="scholars") it ended after only 30 years. Barely a generation. What is a generation now? Am I connected to my brother-in-law, the former Green Beret in Vietnam, over 10 years my senior? To my brother, two years younger? To anybody born between 1946 and 1964? Sometimes I don't feel like it. Sometimes I feel very connected to my daughter's generation, much more so than I ever felt connected to my father's generation (which isn't saying much, upon reflection, since I've never felt connected to my father's generation). But what connects us a culture? 9/11? Vietnam? Woodstock? Disco? Reagan and "Morning in America? "Hey, hey, LBJ, how many kids did you kill today?"

What revolution in technology has changed all of that? The industrial one, which uprooted us from home finally and fully, long after Abraham left his home and family and followed an unknown God to seek out an unseen land? Certainly not computers. They didn't cause us to create ribbons of highway, or race from place to place in mad riot, or to worship money above all things, that most determinedly American of sins and salvations. And it was long before computers and interstate highways and as many cars as there are Americans (1934, to be precise) that Eliot wrote:

And now you live dispersed on ribbon roads,
And no man knows or cares who is his neighbour
Unless his neighbour makes too much disturbance,
But all dash to and fro in motor cars,
Familiar with the roads and settled nowhere.
Nor does the family even move about together
But every son would have his motor cycle,
And daughters ride away on casual pillions.

What life have you if you have not life together?
There is no life that is not in community,
And no community not lived in praise of God.

Doesn't describe Generation 2.0, and Generation 1.0, and the Lost Generation of Eliot and Fitzgerald and Hemingway, as well. Tell me again what is so different, what has so fundamentally changed.

A condition that really hasn't changed all that much, despite the externalities.