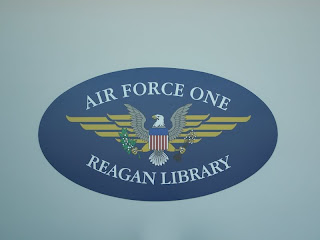 "It should be noted at the outset that the dissent does not discuss a single case -- not one -- in which it is clear that a person was executed for a crime he did not commit. If such an event had occurred in recent years, we would not have to hunt for it; the innocent's name would be shouted from the rooftops by the abolition lobby.

Multiple former Hutchison advisers recalled asking a focus group about the charge that Perry may have presided over the execution of an innocent man – Cameron Todd Willingham – and got this response from a primary voter: "It takes balls to execute an innocent man."

The big Politico/MSNBC debate Wednesday was not a good night for death penalty opponents. Texas Gov. Rick Perry — who has overseen more executions than any other governor during his three terms in office — stood firmly behind his state’s vision of justice.

And the crowd was with him.

Here’s how it looked in the transcript:

[Moderator BRIAN] WILLIAMS: Governor Perry, a question about Texas. Your state has executed 234 death row inmates, more than any other governor in modern times. Have you…

It was probably the largest applause of the night, swelling in the Regan Library’s now-familiar pavilion featuring the Gipper’s Air Force One.

That quote conveniently allows me to bring up another subject: what the hell? The Reagan Library houses the plane Reagan used in office? Why? Because without it, the building would be completely empty? Seriously: what is it doing there in a building supposedly dedicated to Presidential records? Is it a monument to the emptiness of the Reagan era? He traveled? That's the most important thing about him? And a huge hanger of an interior space had to be built to memorialize that?

As for the applause, I can only say to the rest of the world: yes, we are savages. Was there ever any doubt?*

And somehow, some way, the huge bulk of a modern jet hanging over everyone like some sword, or some relic of technology, seemed very appropriate. There's a sign there, somewhere. I'm just not sure yet what it signifies.

*As for Perry's claims about Texas justice, or justice in general, one can only reply: Cameron Todd Willingham. Over and over again.
Posted by Rmj at 2:56 PM