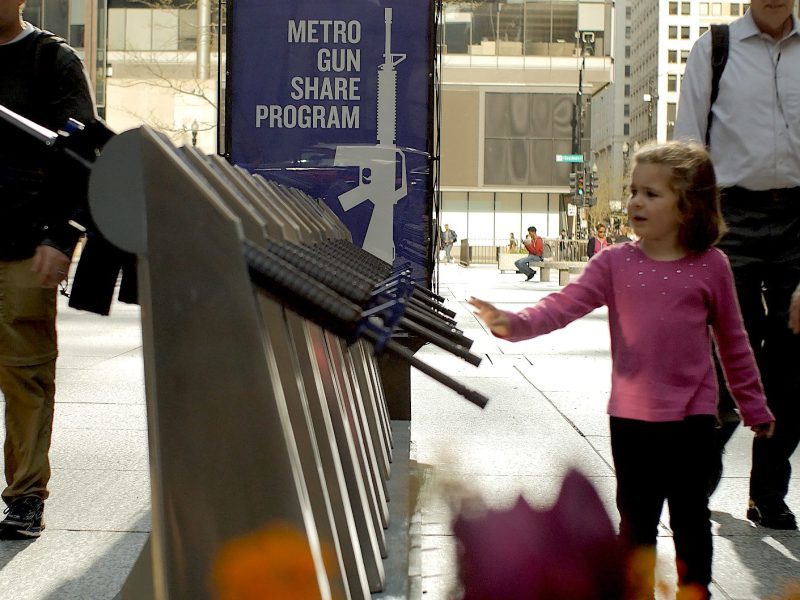 Reinhold Niebuhr famously argued that society could not ask its members to sacrifice their lives for the sake of a moral good.  Consider how we feel when parents claim the right to let children die of diseases they can be treated for, if you would understand the argument.  And then there's Lite Gov. Dan Patrick (truly "lite," considering what a failure he was in the last session):


In all honesty, if this horror doesn't bring you to your knees, you're doing it wrong.  But Patrick's argument is that we must sacrifice somebody else's children in order to remain true to the "morality" of "2nd Amendment rights."

Guns “are a part of who we are as a nation,” Patrick told ABC News’ George Stephanopoulos. “It is our Second Amendment.”


Except the Constitution speaks of a "well-regulated militia," and no, teachers are not a part of that.  But apparently we are not persons, or parents, or children; more importantly, as a nation, we are guns.  Guns 'R' Us.  (And yes, two teachers died at Santa Fe.)

Of course, he's selective about his moral outrage:

“We have devalued life, whether it’s through abortion, whether it’s the breakup of families, through violent movies, and particularly violent video games which now outsell movies and music,” he said.

The Friday shooting at Santa Fe High School was believed to have been carried out with the gunman’s father’s pistol and shotgun. Responding to the shooting, Patrick urged gun-owning parents to “lock your guns safely away.”

“Should that be law?” CNN’s Jake Tapper asked Patrick in an interview Sunday.

“In many cases, there are laws, depending on the states, and I’m sure there is some federal law regarding your culpability in a crime using a gun if it is your gun, or if you own a gun,” Patrick responded.

Texas law, as in many other states, does impose some liability on adults who, through criminal negligence, allow children access to firearms they own. But the law applies to children under 17 years old — the alleged Santa Fe shooter was 17. The Austin American-Statesman found in 2015 that the so-called Child Access Prevention law had only resulted in 61 convictions since its implementation in the state in 1995.

Like most other states, Texas does not require guns to be locked or kept in a safe once in their owner’s possession — so called “safe storage” laws.

Tapper tried again: “Should it be law that you have to lock up your guns?”

“Again, Jake, depending on the state, I’d have to look at it–” Patrick began.

“What about Texas?” Tapper pressed.

“In Texas, again, we hold you very responsible if you are a gun owner,” the lieutenant governor responded. “For example, I’m a concealed carry, as are almost 1 million Texans. If I use my gun to stop a crime or to defend myself, and I fire a bullet that goes astray and strikes somebody else, I can be held not only civilly but criminally liable.”

“Jake, Jake– ” Patrick began. “I didn’t come on with you this morning to go through the entire penal code of the federal government or the state.”

The Moral Compass of the 2nd Amendment means some children must die to water the Tree of Gun Liberty.

Let us close with the response to Lite Guv. Patrick's remarks by the father of a child slain at Parkland:

“I think those are the most idiotic comments I’ve ever heard regarding gun safety,” Guttenberg said. “Let me be clear, he should be removed from office for his failure to what to protect the citizens of Texas. To hear him continue to make the argument — after 10 people died in his state — that guns are not the issue is simply a crock."

“Those are idiotic comments. I’m raging right now. I’m here this weekend at what was supposed to be my daughter’s dance recital, where they’re honoring my daughter’s memory instead of having my daughter dance. And for that man to make those moronic comments, unacceptable!”