Interviewer: “Was there a part of you that was like, ‘This could not happen at my school?’”

Yeah, I know; it's viral already.  But Jesus Fuck, what the hell is wrong with us?  I was in the car and heard, I presume it was the Governor, on another press conference (I turned the first one off 3 hours earlier because it was nothing but "thoughts and prayers" by every public official who wanted to be in front of a microphone in Santa Fe, but had nothing to say.), calling for public meetings to hear from everyone, parents and "2nd Amendment defenders" (they got mentioned twice; gee, I wonder why?) and how Texas needs to do something about this.

I'm with this poor child.  Nothing will happen.  "It's been happening everywhere."  And nobody is doing a damned thing about it.

We grieve for the terrible loss of life, and send our support and love to everyone affected by this horrible attack in Texas. To the students, families, teachers and personnel at Santa Fe High School – we are with you in this tragic hour, and we will be with you forever... pic.twitter.com/LtJ0D29Hsv
— Donald J. Trump (@realDonaldTrump) May 18, 2018

That's how Trump followed up his previous tweet about this (no, I haven't skipped one.)  He avoided "thoughts and prayers," but it's really all he has to offer.

"I always felt it would eventually happen here, too."

Goddamnit, every adult American should hang their head in shame at those words.

What do we say to them now?  That we have a 2nd Amendment, and it means more than their lives and their safety and their well-being?


Less than a month ago, on April 20th, Santa Fe High School walked out against gun violence. Today, they experienced gun violence firsthand. Our state representatives must do better. We must change things before more students in Texas are unnecessarily killed. #GunReformNow https://t.co/BoWhiKbllj
— Frisco ISD Student Activist Union (@FriscoSAU) May 18, 2018

The Governor has promised we'll talk about it!

Addendum:  the Lite Gov. (Dan Patrick-R., Asshole) says we should redesign all our schools to be prisons:  one entrance/exit per school.  Because everybody wants to line up and go single file through the metal door in the concrete wall to get to the building and the playground, and because our schools which are running out of operating funds thanks to the Texas Legislature's inability to figure out how to fund education in Texas and not charge anybody any taxes whatsoever (especially business!), should raise the money to build walls around all their schools.  The Governor's promise to talk about it seems suddenly more sensible.

Gonna keep it up awhile: 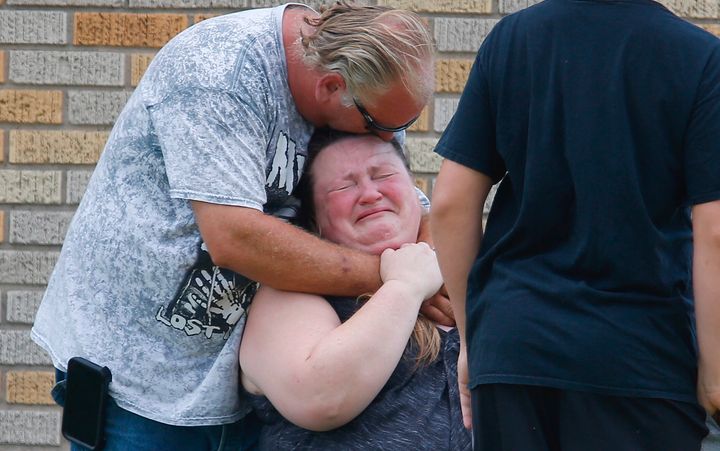 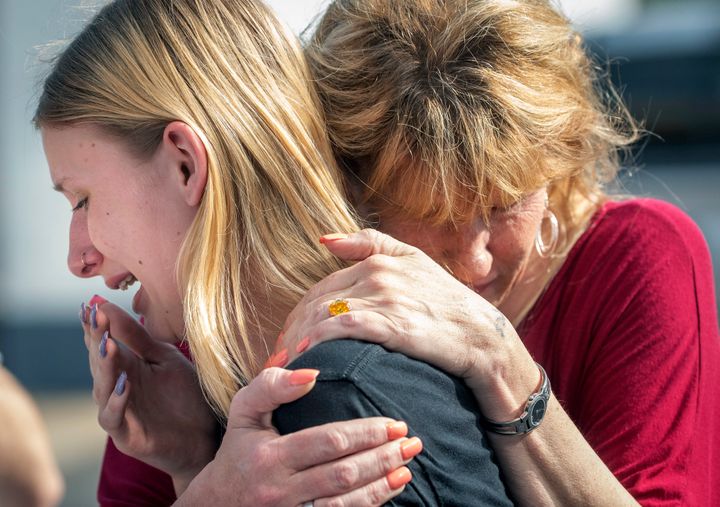 "It's been happening everywhere."  Fuck Greg Abbott.  Fuck Dan Patrick; and the horses they rode in on.  This shouldn't happen anywhere.  Fuck talking about it.  DO SOMETHING!  This is why you wanted to be elected, why you wanted to be in power; you say every four years that you have all the answers.  Function like a government, goddamnit!  "We hold these truths to be self-evident, that all men are created equal, that they are endowed by their Creator with certain unalienable Rights, that among these are Life, Liberty and the pursuit of Happiness. — That to secure these rights, Governments are instituted among Men."  Was that not plain enough for you?  Do these sound like the opening words to a suicide pact, or a commitment to sacrifice our children to a stupid and illogical notion of a very, VERY particular kind of freedom?  "We the People of the United States, in Order to form a more perfect Union, establish Justice, insure domestic Tranquility, provide for the common defence, promote the general Welfare, and secure the Blessings of Liberty to ourselves and our Posterity, do ordain and establish this Constitution for the United States of America."  Your POSTERITY, you motherfuckers!  Our Children!!!!!  We should not be grieving our children because they went to school today!!!!!!!

LEAD, FOLLOW, OR GET THE HELL OUTTA THE WAY!  Time's fuckin' up for talk, you assholes.  And blaming school architecture is the exact OPPOSITE of a solution!


My statement on the latest mass murder of American children, this time in #SantaFe, Texas. This must stop. pic.twitter.com/gtkCjLzPWv
— Mike Rawlings (@Mike_Rawlings) May 18, 2018

And because that tweet caused a minor dustup about the efficacy of prayers, this from the Conference Minister for the South Central Conference of the UCC, on the Santa Fe Shooting:

So we pray for those who have been damaged and killed. We pray as well for the perpetrators and their families for there is surely illness of some king in the mix here. We pray finally for our leaders that they will take definitive action at long last.

From him I accept a call for prayers; especially prayers directed at accomplishing something, instead of just as an anodyne for pain.
Posted by Rmj at 2:41 PM