If this ever gets on "Fox & Friends," Trump is gonna plotz 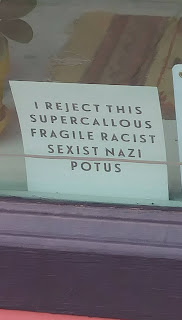 The theory here is that Trump could already be under a sealed indictment.  The advantages to this are two-fold:  1)  it tolls the statute of limitations (i.e., stops it running as the crime has now been charged).  2)  it evades the DOJ regulations against indicting a sitting President who is then "distracted" by the indictment.

Granted, it sounds like the ultimate conspiracy theory, but it's perfectly sound law and perfectly possible it is true, or could soon be true.  And no one would know!*

Well, until Trump's no longer President, anyway.  And pardoning people, as mentioned before, won't save him or keep anyone from testifying.

Now, if we can only get this onto the couch at FoxNews......

*It's also nothing Trump could stop by firing Mueller, or Rosenstein, or Sessions, or the entire DOJ that serves at his pleasure (which is NOT the entire DOJ, by the way).