You Can't Hide Your Lyin' Eyes 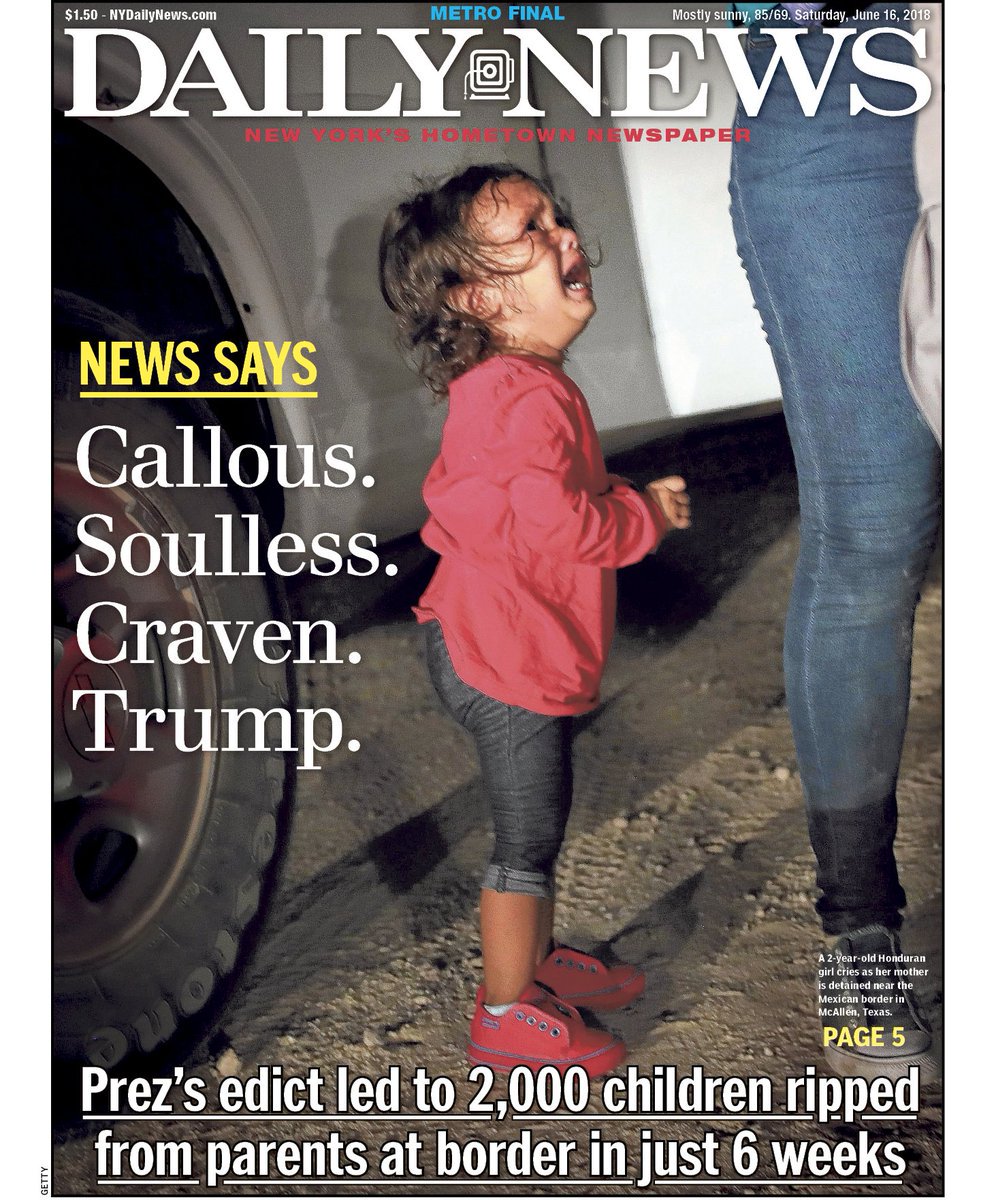 That kid has all she needs; Kirstjen Nielsen just said so.

“We operate according to some of the highest standards in the country,” she continued. “We provide food, medical, education, and all needs that the child request.”

Nielsen resolutely defended the practice of separating children from their parents.

“We will not apologize for the job we do or for the job law enforcement does for doing the job that the American people expect us to do,” she said. “Illegal actions have and must have consequences. No more free passes, no more get out of jail free cards.”

Probably don't want to believe your lyin' eyes, either. And children don't need parents; they just need "three hots and a cot," amirite?  Besides, it's the kid's fault their parents came to this country, and they must be punished for their parent's sins.  It's only about enforcing the laws, after all:

“President Trump has said this cannot continue,” [Attorney General Jeff Sessions] concluded [to the same group Nielsen was speaking to]. “We do not want to separate parents from their children. If we build the wall, if we pass legislation to end the lawlessness, we won’t face these terrible choices.”

You know, there's a concept in the law called "the best interests of the child."  It's meant to give minors some agency, some personhood, in a judicial system that might well chew them up and spit them out otherwise.    It's meant to put the interests of the child first, front and center, and given the highest and deepest consideration.  It is the alpha and the omega of children brought into a legal system through no fault of their own, to protect them in that system.

And Jeff Sessions and Kirstjen Nielsen are pretending they've never, ever heard of it and, if they had, it wouldn't apply anyway because, you know, brown children.

I'd say they were the Mole People but, frankly, they're lower than that.
Posted by Rmj at 10:59 AM