Oikonomos as a Christian value 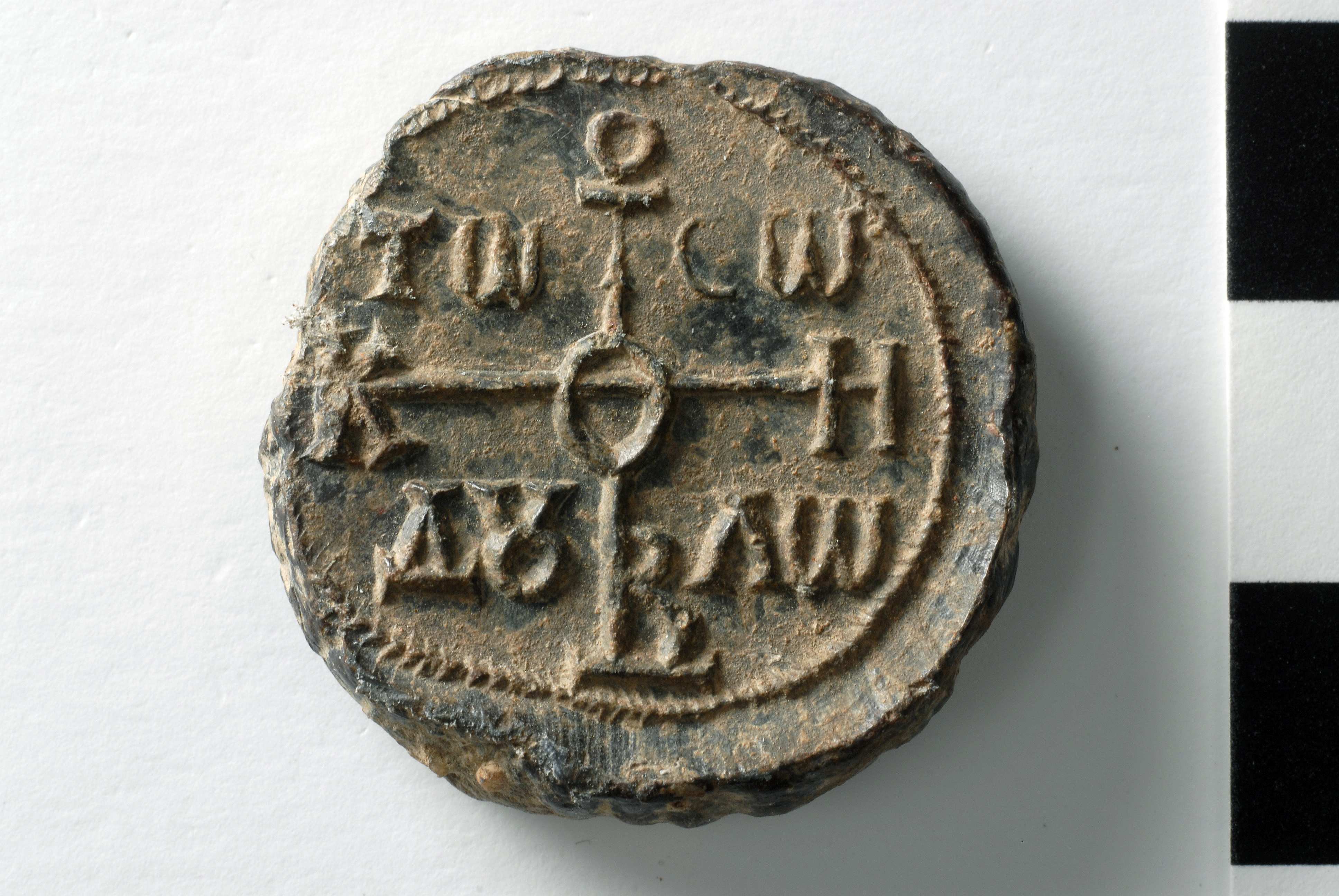 
But outside of the mainstream media and the coastal cities, Pruitt has supporters who like him so much that they’re willing to ignore his petty scandals and Napoleon complex. They like him because he thinks like them: He puts people before the environment, just like God does.


Which, frankly, is no better a statement on Christianity or Christians than saying that someone puts whites before blacks (or Asians, or Hispanics) "just like God does."  I can think of a number of Christian white supremacists who would agree with that sentiment; but no major Christian denomination that would.  Does that alleviate Christianity of the charge about Pruitt and the environment?  No; but the reality is far more complex than that.

Palmer goes on to cite an article I read back in high school (I remember it well; my first research paper was on the then burgeoning subject of environmental science.  It wasn't a very scientific research paper, but at the time the EPA had just been established, and concerns about environmental destruction were thick in the air.  If I recall correctly, the title of my paper included the words "eventual destruction" of the environment.  We have always lived in pessimistic times.)  The article is by Lynn White, published in 1967 (halcyon times!).    In it, White argues that the "environmental crisis" (50 years ago!) is the fault of Christianity, which, in a fight with "paganism," had to destroy the notion of nature being filled with spiritual beings.

To say that's a sloppy reading of history or anthropology or world religions is to state the obvious; but we won't belabor that point now.*  He starts his article with an anecdote about Aldous Huxley and rabbits (the latter were introduced to England, he says, in 1176.  That didn't work out as well in Australia, however.  Huxley, at the time of the anecdote, was on his way out.  So it goes.).  White goes on to discuss the reclamation of the Zuider Zee, and the fish and animals which may have been destroyed in that process (even among environmentalists that would probably be considered a "so it goes" today).  Now, White was a professor of history, not of science or religion, or even especially religious history, so his argument really turns on a lot of popular opinions about religion, most of them formed in the Enlightenment and later in 19th century Europe (I think Nietzsche had a better grasp on religion, to be honest, and his tended to be all slippery.).    But following White's argument with Huxley about the rabbits, Huxley's lament calls to mind Thoreau's lament at the noise created by trains in the countryside he so loved.  150+ years later, who doesn't hear a train whistle with a nostalgic pang for a vanishing past?

This isn't as strong an argument as everyone makes it out to be, in other words, and it deserves more critical attention (or perhaps less) than it still gets.  The central argument is that Christianity is fundamentally anti-environment, and encourages everyone to plunder the planet because, as Leonard Bernstein so memorably put it, "God made us the boss!"  Well, that's certainly a strain of Christianity; but then so are the teachings, and perhaps more important, the symbolism, of Francis of Assisi.

Like most saints the Francis we admire is more plaster than person; which is a pity.  But still, everyone knows a figure in a robe (however vaguely represented) with a rope belt (a cincture, but no matter), with a bird on his shoulder and maybe a rabbit in his arms (or more pointedly, a wolf at his feet) is Francis, the man of God so pure in spirit the animals befriended him.  Francis represents peace with nature, not destruction and dominance.  There is even a patron of gardening, St. Fiacre (an Irish saint with a French name; go figure), and even of brewing (St. Arnold).  I don't know of one for felling trees, poisoning the water, or polluting the air.  And true, Francis has not been the tranquilizing figure we might imagine him to be.  It was Franciscan monks who settled what is now San Antonio, on a mission from the Spanish kings.  They weren't all or always as kind and gentle to the natives as their founder might have counseled.  And that is a fault of Christianity, but it is not the heart of Christianity.  As Palmer quotes White, in a stunningly silly statement:

“Christianity is the most anthropocentric religion the world has seen. … By destroying pagan animism, Christianity made it possible to exploit nature in a mood of indifference to the feelings of natural objects.”


That sort of imagines all Native Americans, to pick a group, were nature loving "noble savages" from the most perfervid Romantic imagination, when nothing could be further from the truth.  In southern Illinois there is a magnificent structure of mounds built by the Cahokia tribe.  It was a city in a "primitive" land, complete with irrigation for crops, and a wall of timber (felled trees) around it's perimeter (you can see pictures of what it was like, and is like now, here).  In the spirit of White's concern for the reclamation of the Zuider Zee, one can only wonder how many insects and animals were destroyed in the building of those mounds, some of which were large enough to farm.  And then, at some point, they abandoned the place.  Probably the land was used up, the area couldn't sustain the population; maybe even pollution from human and animal waste played a part.  Funny thing is, this was a pre-Columbian village; they had not a hint of Christianity to teach them to be so profligate and destructive (destructive enough they had to move on, anyway).

A "mood of indifference to the feelings of natural objects" is not the opposite of "Paganism."  Unless you really don't know what you're talking about; and on the subject of world religions, most people don't.

Again, is this the fault of Christianity?  Should the Church have blocked the Industrial Revolution (which is really when the "ecological crisis" White complains of, got started)?  On what grounds would it do so?  Was the Church a handmaid to destruction?  No less than paganism ever was.  If there is a flaw in our makeup, that flaw lies in science, not religion.  Science taught us we could replace the beneficence of God with the power of engineering and technology.  Was it God who gave us weapons of mass destruction and biological weapons and chemical weapons?  Was it Christianity that taught us to multiply savagery upon savagery, poison the ground to grow food, foul the waters to fertilize plants?  As I recall my history, much of that was seen as a gift from God, a product of the gift of reason which is prized in Christianity until the 1920's in the rise of American fundamentalism (which echoes the disgust with "elites" under Trump today, echoes in the reaction against reason that fundamentalism ushered in.  Is that disgust the result of Christianity; or have evangelicals simply jumped on that train to worldly power?).

Christianity is no more anthropocentric than the Greek gods, humans with immortal powers but human weaknesses.  The idea of the God of Abraham, even of Jesus of Nazareth, is that they transcend human limitations in all things.  Which is more anthropocentric:  the God of the vision of Isaiah's holy mountain or Ezekiel's plain of dry bones?  Or Zeus and Apollo, who damn Oedipus before his birth and punish him for circumstances far beyond his control?  They transcend humans only by being ultimately indifferent to them, and vindictive in ways even the God of Abraham is never charged with.

Palmer touches on the true issue, but shies away from it in favor of something he thinks more damning:

But there’s something that bothers me about the simplicity and convenience of explaining this all by the transitive logic of evangelicals are Republicans, Republicans hate environmental regulation, so evangelicals hate environmental regulation. It suggests that Christians are willing to cast off their moral obligations for political convenience. Maybe that’s true. Or maybe they don’t feel a moral obligation to protect Earth in the first place.

Actually, that penultimate sentence is the right one, and it's connected to a very Christian idea:  the concept of original sin.  The beating heart of that concept is selfishness:  the refusal or inability to place yourself second, and everyone else first.  Selfishness allows you to think of the world as a series of objects, and very shortly people themselves become objects (industrialists were not known for their humanitarian impulses, in the 19th century or now).  If that isn't the antithesis of Christianity, I don't know what is.  But still it is the attitude of many a "Christian," so we cannot say it is not a reality.  As for a "moral obligation to protect the Earth," again, that's a post-Industrial Revolution idea.  Until then, we had no need to protect the earth from us; we couldn't do that much damage, except in locales like the Cahokia mounds.  And then we left, and the landscape recovered.  It still does, but not quite so easily, anymore.  Palmer is essentially arguing a Romantic argument, and that doesn't make it an unsound one; it just makes it an anachronistic one, especially if you try to extend it into pre-19th century European thought (he never concerns himself with Asians or Africans, interestingly).

There is a burgeoning idea, in part in reaction to White's 1967 article, that Christians are called to be stewards of the planet, not exploiters.  It is no more popular now than it would have been in early 19th century England (where the IR started).  The idea that the ecological crisis is a peculiarly Christian one is a silly notion, and reminds me again of Thoreau:  those snipping away the branches of the tree of evil, for every one hacking at its roots.  Palmer's bete noir is Scott Pruitt, the man determined to finish the job James Watt started (remember him?  I don't think Palmer does.).  But Pruitt is not acting out of Christian motives, he is acting out of selfish motives.  His every act in public office is an act of corruption and lining his own pockets or those of his cronies.  That, too, is not unknown in Christianity; but no one should mistake it for being Christian.

Modern day theology understands, and teaches, the idea of oikonomos, or law of the house, as the basis of stewardship.  Oikonomos (the cognate of "economy," which opens up Christian critiques of that subject, too) is about responsibility, not power; about stewardship and care, not exploitation and plunder.  It is much more central to Christianity than "God made us the boss" is, even if the latter seems to be the more likely practice of Christian cultures.  But Christianity addresses that, too:  we call it "original sin."  And while Christianity has never eliminated it, much less controlled it, it never promised to do either.

That, like everything else, is up to us.  The fault is not in our stars, nor in our religion.  We have met the enemy, and he is us.

*White's premise might appeal to the Frazer Golden Bough crowd, but I can only imagine modern anthropologists would cringe at it, and politely walk away.