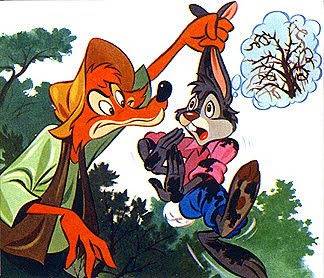 “But here’s what I was saying,” Conway said. “The July 25th call [with Ukraine], the call that the whole world has had access to, the president clearly lays out what’s on his mind. It’s the day after Mueller testifies and then the president looks at it as his turn. He wants to get to the bottom of what happened in 2016. And certainly to avoid that in the future, look, we have done a great deal in our White House… to secure our elections.”


Yes, the memorandum of that call does clearly lay out what was on the President's mind:  a quid pro quo.  Ukraine gets the funds authorized by Congress if Ukraine's President goes on television by a date certain and announces an investigation of Joe and Hunter Biden.  Not conducts an investigation, and publicizes the results; just announce the investigation.  Trump doesn't care if it's true or not; he wants to see Biden deny it.  Why?  Because it helps Trump.  Corruption in Ukraine?  Eh, whatever.

“But I also don’t want the impeachment process, I don’t want members of the mainstream media — which don’t include you — to interfere in the 2020 election the way they tried in the 2016 election,” the president’s aide exclaimed. “That’s a different kind of interference and that’s dangerous too.”

This is paranoiac conspiracy thinking of the highest order, although she graciously excluded CBS from her criticism (which apparently kept Brennan from protesting, so it worked!).  How did the media "interfere"?  By not backing Trump's conspiracy theories like "Birtherism" or the "Deep State" or "Fake News!"? By reporting what he said, and how crazy it was?  No, actually, they didn't do that. Not enough, anyway.

Before allowing Brennan to concluded the interview, Conway noted that polls in swing states have allegedly turned against impeachment.

“These Democrats who are in charge of the hearings don’t represent the swing districts,” she opined. “They have to look at the polls and say, ‘There’s no appetite to impeach and remove this president.'”

Wait, I thought the President was complaining about the due process rights he claims in a House impeachment investigation (spoiler:  he doesn't have any, and the ones the House offered he swatted away).  Now you're telling me it's purely a political matter, and the swing states are all that matter?  Because the election is going to be held in December 2019 this time?  Honestly, swings in voter attention/sympathy for impeachment don't mean all that much.  We've only heard from a handful of witnesses over 2 weeks, testifying for less than a full business week in all.  You really want a 6 week Senate trial with Trump calling all kinds of witnesses to spout crackpot conspiracy theories that come from cloud cuckoo-land or, worse, Russian propaganda?  You really think that's a winning strategy?  Please, PLEASE, throw the country in that briar patch!  I'm beggin' ya!