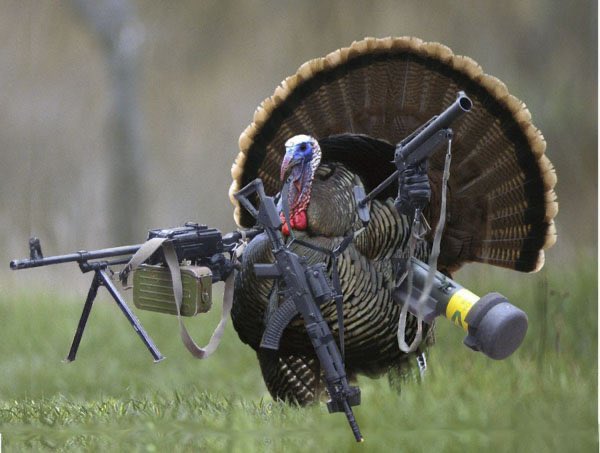 I know it's over before it started, but just to underline the "power" of FoxNews:

In recent weeks, Fox News’ opinion shows have run countless segments insisting that liberals and progressives want to “cancel” the holiday and fight a “War on Thanksgiving,” tying it all to a single HuffPost opinion piece about the environmental impact of Thanksgiving dinner. The article, while providing readers with steps to reduce their carbon footprint, never called for the holiday to be abolished or even for Americans to stop celebrating it.


And yet, avid consumer of news that I am, I'd barely heard about this, and it's only become "a thing" today, because Trump mentioned it last night, and reportedly FoxNews is running with it all day today.

Quite a few days late, as I mentioned before.  And really, if FoxNews was driving the nation's national discussion, why is this only gaining currency (such as it is) now?  "War on Christmas" did quite well without Trump, for years (my first reference to it goes back to 2005. If my archives are any indication, it was pretty much over by 2012, and nothing but a joke/cliche by 2015.).  As Donne said of death, "Why swells't thou, then?"

Even the turkey has more reason to spread his fan.