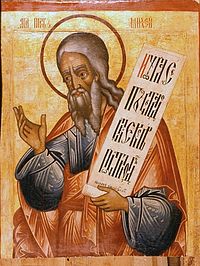 Hear what the LORD says: Rise, plead your case before the mountains, and let the hills hear your voice. Hear, you mountains, the controversy of the LORD, and you enduring foundations of the earth; for the LORD has a controversy with his people, and he will contend with Israel. "O my people, what have I done to you? In what have I wearied you? Answer me! For I brought you up from the land of Egypt, and redeemed you from the house of slavery; and I sent before you Moses, Aaron, and Miriam. O my people, remember now what King Balak of Moab devised, what Balaam son of Beor answered him, and what happened from Shittim to Gilgal, that you may know the saving acts of the LORD." "With what shall I come before the LORD, and bow myself before God on high? Shall I come before him with burnt offerings, with calves a year old? Will the LORD be pleased with thousands of rams, with ten thousands of rivers of oil? Shall I give my firstborn for my transgression, the fruit of my body for the sin of my soul?" He has told you, O mortal, what is good; and what does the LORD require of you but to do justice, and to love kindness, and to walk humbly with your God?


Start with Paul Ricouer's thesis: "namely that religious experience comes to language through specific modes of discourse," and we have a better starting place for considering the words of the Hebrew Prophets.  (Paul Ricouer, "Philosophy and Religious Language," Figuring the Sacred, tr. David Pellauer, Fortress Press, 1995, p. 40.)

I'm quoting myself, there; below, I'm quoting a passage from Thought Criminal;  I'm lifting it for my own purposes, not in response to anything posted there:


Even if Rachels were correct that Smith’s and Jones’s behavior is morally equivalent, we may not be able to infer the moral equivalence of killing and letting die in general (where other things are equal) from this. Shelly Kagan argues that this inference assumes that “if a factor has genuine moral relevance, then for any pair of cases, where the given factor varies while others are held constant, the cases in that pair will differ in moral status” (Kagan 1988). He claims, moreover, that this assumes the Additive Assumption, the view that “the status of the act is the net balance or sum which is the result of adding up the separate positive and negative effects of the individual factors” (Kagan 1988, 259). He raises several objections to the Additive Assumption. Firstly, one might describe a pair of cases that are exactly alike except that one is a killing and the other a letting die, where the first intuitively seems far worse than the second. If this pair of cases is as good as Rachels’ pair, then either the inference is valid in both cases—to prove the contradiction that killing is both worse and not worse than letting die—or it is invalid in both cases. Secondly, one might raise the rhetorical question: why addition—rather than, say, multiplication or some other function? Similarly, Kamm (1996, 2007) defends a Principle of Contextual Interaction according to which a property can behave differently in one context than another.

I'm lifting it because, while I'm conversant with this mode of discourse, and speak fluent jargon in many spheres (literary criticism, textual criticism, theology, philosophy, law, jurisprudence, etc.), I'm feeling more and more like Wittgenstein as I approach old age.  He famously said philosophy was like a fly that had flown into a bottle and couldn't get out.  He wanted to show the fly the way out of the bottle; or, I always thought more practically, just smash the damned bottle.  When I read modern ethics, especially, I really want to smash the bottle.

I understand, let me be clear, complexity in ethical discourse.  Midrash is a commentary on the Torah and the Jewish scriptures, and much of it is of the nature of Tolstoy's question:  "How should be then live?"  I had a parishioner ask me once about a passage from the Psalms, "I was a sinner at my birth" (IIRC, not an exact quote).  Did that damn babies, she asked; because if it did, she was having none of it.  Now we used to think babies were nasty little creatures, more trouble than boon; then we decided they were fine, so long as nannies were raising them and they were seen and not heard.  Even in the early 20th century "babies" was a term reserved for some children, but children of the poor were free to work the night shift in factories, with machinery with no safeguards on it whatsoever, and limited adult supervision of the workers.  That finally changed, I understand, because of the Great Depression, and FDR perceiving a need for able-bodied men to work, and children to stop displacing them.  Thus we got child labor laws, although now we think it should have been because children are babies, and babies are precious.

I am, you see, comfortable with complexity; but complexity in ethics too often becomes the fly in the bottle, making conundrums and paradoxes (like the trolley paradox) which are unsolvable, simply to prove Zeno right again:  Achilles cannot outrun the tortoise, our perceptions are lies!  Of course, our perceptions are not wrong, and Zeno knew it:  what is wrong is our reasoning process.  Zeno's paradox of Achilles and the tortoise is not proof our eyes lie, but that our reasoning is absurd; at least when it is grossly abused.  So there is reasoning about "How should we then live?", and there is reasoning that says we cannot move, cannot make an ethical decision, because such decisions are impossible to explain, much less justify.

Not because it is complicated; ethical decisions often are.  But because this kind of analysis reduces ethics to a nullity, in which no decision can be defended or even carried out.  It's the running joke of "The Good Place," that Chidi the ethics professor can never reach a decision on any choice because the consequences paralyze him into inaction.  The other conceit is that the idea of "good" is so impossible to meet (so many actions have consequences we can't foresee or even see in hindsight) that no one winds up in the "Good Place" because of it.  It's a proper skewering of the notion that some are damned and some are saved.  In the sitcom there is no grace, and no election, either.  All, as Prince Escalus says, are punished.  And what's the point of discussing ethics under such circumstances?

The words of Micah are usually reduced to verse 8; but verses 1-7 are important, too.  Systems of ethics are burnt offerings and thousands of rams and ten thousand rivers of oil.  What do they produce, if all they produce is squabble and disagreement and complexity beyond fathoming?  All that is required is to do justice, love mercy, and walk humbly.  What, you will ask, is justice?  What is mercy?  A fair question, but apply it not from the point of view of you, but of the other.  The trolley question is as much an impossibility as the answer to the question of the unstoppable force meeting the immovable object.   Mere wordplay, nothing more.  It has no more relation to life and living than the question of whether God can create an object so heavy God cannot move it.  Is that a pointed question about the nature of God, or about the nature of our understanding?  If if is the former, it is foolishness and japing; if it is the latter, it should only be humbling.  Insisting my imagined ethical dilemma or critique of a system is better than your imagined ethical dilemma or critique of a system, is not humbling; and in this system, that leaves only the alternative.

What is justice?  Courts and lawyers and legislators try to work that out every day.  Some laws stand the test of time, some should never be written, some are changed almost generation to generation, trying, ideally, to get justice right.  But is justice limited to systems of laws and the efforts of governments?  And mercy?  The common law once recognized mercy as the purview of the ecclesiastical courts; the vestiges of that remain in non-criminal law as rules of equity.  Is equity merciful?  A bit more than the common law was allowed to be, but is a bit more enough?  You can pursue these questions seeking absolute clarity and return to the bottle you're trying now to get out of.  Or you can pursue them as the questions put before you, as to how you live with others, and treat them as other, and not as objects, or worse, as mere extensions of you, to please you or displease you as your whim and selfishness dictate.  That, above all else, is why the third leg of the stool, to walk humbly (yes, with your God; and what, or who, is that?).  That keeps the other two in line, in perspective, in conjunction with the fact that ethics is about living together, and morality is about living justly, humbly, and mercifully.

And which would you rather pursue?