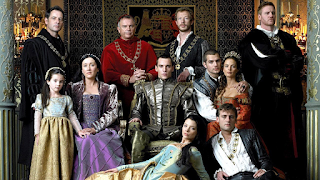 I know this show hardly qualifies as history, except accidentally. But its portrayal of Henry VIII: despotic, mercurial, delusional, paranoid, so closely resembles the public behavior of Donald Trump it is eerie. Eerier still because it aired from 2007 to 2010, when no one so much as imagined Trump would run for office. So it could not have been written with Trump’s presidency in mind. But the king whose word is law is not the stabilizing figure too many seem to imagine it to be. Democracy is a mess, but absolute monarchy is a disaster.

Which makes me wonder how much history there is in this series after all.