What fools these mortals be.... 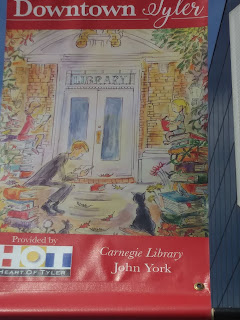 Ye gods and little fishes, but economists can be twats:

In an opinion column published on Forbes on Saturday, a professor of economics argued that local public libraries should be replaced by Amazon. The essay, which sparked so much controversy that Forbes removed it from its website on Monday, argued, “At the core, Amazon has provided something better than a local library without the tax fees. The move would save taxpayers money and enhance the stockholder value of Amazon all in one fell swoop.”


I have to go with this librarian's take on what the professor of economics said, since the essay he wrote is gone.  Her argument about what libraries do, both in the abstract and the concrete, is worth reading.  Just to give you an example:

Just this week, a woman stopped by our desk because she needed to be taught how to open a new tab in an internet browser. She returned a few minutes later and said, “Please write ‘stomach ache’ on this piece of paper for me. I don’t know to spell it.” The man waiting behind her had no idea how to open an internet browser to begin his first job search in years. I walked him through the process and helped him get to a job site. This was a few minutes of a 40-hour workweek.

I can’t imagine where this woman and this man would go without the library. Would Amazon really be willing to help them with all of their needs free of charge?

I practically grew up in the Carnegie Library in my hometown (one reason I have warm feelings for the old robber baron).  I read most of the books on the upper floor, the children's section, then discovered the "adult" (no, not that kind) science fiction in the sections below the stairs, almost a hidden room.  I browsed all of that, too.  When I went to college, the first thing I did was find a place in the library to study (it was usually TOO quiet; I found I needed noise to think.  Decades later, in seminary, I went to an Einstein's Bagel because it was in walking distance of the school, and wrote sermons for the church I pastored amid the hubbub of the breakfast rush.).  At UT, I disappeared for hours at a time into the huge undergraduate library, usually to kill time rather than sit in an apartment all afternoon, later to do research for my master's thesis.  Later I spent time in the Humanities Research Center holdings.  Last night I saw a film on PBS about Auden's "Musee Des Beaux Arts," and they showed a manuscript copy of the poem.  I'm pretty sure it was from the holdings of the HRC in Austin.  Well, academic libraries are different, aren't they?

While I bought every book by Ray Bradbury I came across in my feckless youth (and still have them, tattered paperbacks that they are), I read a great deal more in the public library (and the school libraries) than I ever could have purchased.  Half the books I found downstairs and so enjoyed would be hard to find in Powell's on-line catalogue if out of print volumes, even if it was around 50 years ago when I was frequently under those stairs.  When I lived in Austin I checked out records of music from France and Germany in the public library.;  Christmas music traditional to those cultures I otherwise never would have heard, and a world of music I couldn't find in record stores (remember those?) and couldn't have paid for if I had found it.

Libraries have changed dramatically since I was a child.  They are no longer sanctums of silence where children are hushed and books alone are available.  They are the cultural centers of communities, as the Carnegie Library (that was the name, and I'll always think of it that way) was for me.  My best memory is of working on a research paper in high school with two of my best friends (one of whom I'm still in touch with).  We'd spend the day browsing and researching and taking notes, breaking only for lunch at a Kresge's nearby (another lost idyll).  Once we started giggling and whispering and even laughing so hard we nearly got thrown out, something that wouldn't happen today.

But none of that would happen on Amazon.

Economists can be such wankers.  Some of them seem to understand the cost of everything, but the value of nothing.  Maybe even the editors of Forbes figured that out.