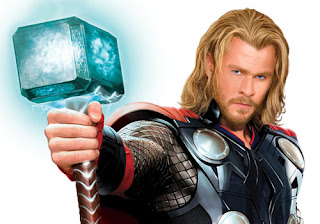 Charles Pierce picks up on this:

Norway is distancing itself from its Christian past. The Storting -- the country's Parliament -- will amend the constitution so that the state no longer has an official religion, ending the 1,000-year tradition of the Church of Norway.

Religious extremism – for some years this has been synonymous with radical Islam. At least in Europe. Several terrorist attacks over the past decade, from the Al Qaeda network and others, have made it easy to conclude that there is a war going on between Muslims and Christians, that Islam is a violent religion, and that Muslims, due to the lack of modernity and secularization, easily becomes fanatics, fundamentalists and extremists. When terrorism occurs, what first comes to mind is that this must be an act of radical Islam.

We saw this with brutal and revealing clarity in the hours immediately after the bomb in Oslo and the massacre at Utøya July 22nd. One expected to find a Muslim behind this terrible misdeed. Norwegian Muslims told later of harassment and suspicious attitudes towards them. It was not easy being a Muslim in Norway July 22nd. The hidden attitudes of ordinary Norwegians became visible, and those attitudes were about prejudice and stereotypes. It was not our finest hour.

After July 22nd, no one can think like this. Extremism and violence nurtured – at least to some extent – by religion and religious identity, is by no means connected solely with Islam. July 22nd makes this evident. From the history of the Christian church, however, we know that this is not a novelty. From the Crusades in medieval times, via the Inquisition, and later the Wars of Religion in the 17th Century, the Christian church has its fare share of unpleasant elements. Violent extremism is by no means more connected with Islam than with Christianity.

That is the Presiding Bishop of the Church of Norway, the  Rt Rev Helga Haugland Byfuglien.  An interestingly nuanced and intelligent view of ecclesiology, history, and religious belief.  Far too nuanced and intelligent to gain any attention, apparently (at least outside of Norway).  Although maybe if she'd been connected with a U.S. Presidential candidate, her statements might have gotten more attention.  Because really, what she says here isn't that far from what Jeremiah Wright got in trouble for saying:  we are responsible for what we do.

And my comment is not an earth shattering observation (certainly nothing on the order of the release of a new comic-book movie, or statements by stars of that movie about comic-book movies), but just in keeping with something I've noticed before:  if it doesn't bleed, it doesn't lead.

Maybe the mainline Christian churches around the world should be more outrageous, so they'll get more notice.  Or maybe the public face of Christianity is too bland and boring, and they need to spice it up with more outrageous and controversial claims.  You know, so the reality starts to conform with the misconceptions.