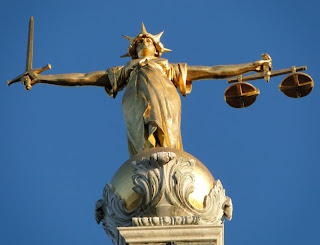 I agree completely with Farhad Manjoo:

As an immigrant myself, I’ve got no patience for the argument that [Eduardo Saverin] should keep all of it. Pretty much everything in my life that I enjoy wouldn’t have happened without my being in the United States. My education, my job, my wife and family, the fact that I’m not persecuted for my race or religion (I was born in South Africa), the fact that I can sometimes forget to lock my doors at night and not end up killed by marauding bands—I hate paying taxes as much as the next guy, but when I think about all the ways that the United States has been integral to everything in my life, taxes seem like a tiny price.

Now, remember that the tax rate on long-term capital gains is only 15 percent. In other words, Saverin gets to keep 85 percent of everything he’s making from Facebook’s IPO. Given how much of his wealth depends on the government, that’s more than fair.

What's interesting are the comments there which disagree.  Manjoo's argument is based on some fairly sound facts, not the least of which is the strength of the business place in America is thanks in no small part to a fair and just legal system.  As Manjoo says:

Fair courts aren’t to be taken for granted, by the way. There are many places in the world where, if you are wronged by a billionaire, you wouldn’t be able to do anything about it. One of those places is Brazil; according to Transparency International, the courts in Saverin’s birth country are beset by corruption.

We take a fair judicial system for granted, but it is the basis of much of the personal and commercial success in this country.  Manjoo also points out another basic we take for granted:  basic personal security.  It attaches far less to a Trayvon Martin than it should, but even the marauding hordes of drug gangs in Mexico stay, by and large, on the Mexico side of the border.  And there's the fact that Harvard (which is different; consider the movie about Zuckerberg and Facebook, and try to imagine those situations occurring at Land Grant U.  Nope, neither can I.  But Land Grant U. and Harvard, as Manjoo points out, have more in common than not.) is a creature of this society and this government, as well.   It is no accident Harvard is famous for the graduates it sends into public service or into the country's most powerful law firms.  The systems is reciprocal that way.

The ultimate outcome of Manjoo's analysis is that America, especially through its governing bodies, has made possible the situation in which someone like Eduardo Saverin can become very, very wealthy.  And now Saverin has decided it's too expensive to be rich in America, so he wants to take the money he made here and run.  And the issue is:  how much of that money is his money, and how much of his ability to earn it is due only to his own luck, initiative, personal abilities, etc.?

What is interesting are the comments which take no notice of Manjoo's arguments, and attempt to discard his points.  My favorite is the one that argues the government had nothing to do with Saverin's wealth because Facebook was made technically possible thanks to Linux based operating systems, which had nothing to do with the Federal government at all.  Reminds me of Samuel Johnson refuting David Hume by kicking a stone.

Not, in other words, exactly the refutation he thinks it is.

So much for the intertubes making us smarter....

It is, however, the concept of the commons that is missing; the idea that there is a common concern of the citizenry which must be preserved and to which we all owe something.  This is what Jeremiah meant when he told the king:

It isn't, as the conservative Bible commentators love to point out, the greed that is the problem.  The king's father ate and drank, Jeremiah says, so there is no call for austerity here, no cry for asceticism at all levels.  But while the previous king ate and drank, he also "dealt justly and fairly," and "all went well with him.  He upheld the cause of the lowly and poor, then all was well."  It's the basic idea of the commons, of providing justice and fairness.  Eduardo Saverin benefited greatly from those things, and while he's not a king and the country does not depend on his sense of justice to make all things well here, we can critique him for thinking his success is all about him, we can fairly say that his eyes and his heart are set on nothing but gain, not on providing for the common benefit of all.

Of course, Paul Ryan doesn't think we should provide for the poor either; but the rich?  Well, we can't afford to cut defense spending, apparently.

Justice, justice, justice; it is amazing how many matters come back to justice.  The whole thing has such a familiar ring to it....