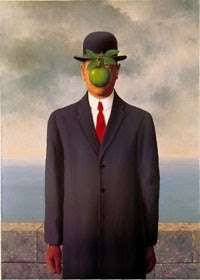 Charles Pierce's place is giving me the best points for discussion just now. Case in point: Obama's Kill List and the End of the Post-9/11 World, where he makes this salient point:

This has been the new normal since September 11. Everyone knows, but nobody says, that if something happens again, the elite consensus in this country, and the overwhelming consensus of the citizenry, will be to pitch the Bill of Rights out the window and start rounding folks up. And, also, that, if it happens on a Democrat's watch, they'll be carving Dick Cheney's head on Mt. Rushmore by sunset of the second day. Could make it tough in Indiana or North Carolina this fall. And thus do homicidal maniacs overseas come to control the spirit of the democratic process.


But that sounds a bit cynical and bitter (if it isn't still a proper political analysis; and every politician knows it doesn't matter what you want to do if you aren't in office to do it.  Ask LBJ.); this is the real point:


Laws are weak. Laws are wrong. Laws are as clumsy as flintlocks and Bowie knives. Laws do not help make people dead. (Except in Texas, of course.) Laws are not even good politics any more. They won't get you re-elected. It used to be that we were in a post-9/11 world, and that made anything acceptable. Now, apparently, we are in a post-bombs-in-the-skivvies world, and that's an even more dangerous place.

Which prompts at least one commenter to recall Thomas More.  But that's too easy; let's go for the jugular, and bring in the French:


Perhaps this is the moment to recall an example that would appear particularly symptomatic of the current situation we have been discussing regarding Islam and democracy, namely, what happened in postcolonial Algeria in 1992 when the state and the leading party interrupted a democratic electoral process. Try to imagine what the interruption of an election between the so-called rounds of balloting might mean for a democracy. Imagine that, in France, with the National Front threatening to pull off an electoral victory, the election was suspended after the first round, that is, between the two rounds. A question always of the turn or the round, of the two turns or two rounds, of the by turns, democracy hesitates always in the alternative between two sorts of alernation: the so-called normal and democratic alternation (where of one party, said to be republican, replaces that of another be equally republican) and the alternation that risks giving power, modo democratico, to the force of a party elected by the people (and so is democratic) and yet is assumed to be nondemocratic.... The great question of modern parliamentary and representative democracy, perhaps of all democracy, in this logic of the turn or round, of the other turn or round, of the other time and thus of the other, of the alter in general, is that the alternative to democracy can always be represented as a democratic alteration. The electoral process under way in Algeria in effect risked giving power, in accordance with perfectly legal means, to a likely majority that presented itself as essentially Islamic and Islamist and to which one attributed the intention, doubt with good reason, of wanting to change the constitution and abolish the normal functioning of democracy or the very democratization assumed to be in progress.... The Algerian government and a large part, though not a majority, of the Algerian people (as well as people outside Algeria) thought that the electoral process under way would lead democratically to the end of democracy. Thus they preferred to put an end to it themselves. They decided in a sovereign fashion to suspend, at least provisionally, democracy for its own good, so as to take care of it, so as to immunize it against a much worse and very likely assault....[T]he hypothesis here is that of a taking of power or, rather, a transferring of power to a people who, in its electoral majority and following democratic procedures, could not have been able to avoid the destruction of democracy itself.

...one will never actually be able to "prove" that there is more democracy in granting or in refusing the right to vote to immigrants, notably those who live and work in the national territory, nor that there is more or less democracy in a straight majority vote as opposed to proportional voting; both forms of voting are democratic, and yet both also protect their democratic character through exclusion, through some renvoi; for the force of the demos, the force of democrary, commits it, in the name of universal equality, to representing not only the greatest force of the greatest number, the majority of citizens considered of age, but also the weakness of the weak, minors, minorities, the poor, and all those throughout the world who call out in suffering for a legitimately infinite extension of what are called human rights. One electoral law is thus always at the same time more and less democratic than another; it is the force of force, a weakness of force and the force of a weakness; which means that democracy protects itself and maintains itself precisely by limiting and threatening itself.

Democracy maintains itself by limiting and threatening itself.  And when even that is seen as a threat to democracy, then democracy must be destroyed in order to be preserved.   "The alternative to democracy can always be represented as a democratic alteration."  After all, we elected the President to protect us, and we maintain a military force in order to preserve the union; and we cannot allow another attack on American soil.  It cannot even go unanswered, it cannot happen at all.  Because if it does, " the elite consensus in this country, and the overwhelming consensus of the citizenry, will be to pitch the Bill of Rights out the window and start rounding folks up."

You know, we seem to have forgotten in our rush to congratulate ourselves on electing the first black man to the Presidency, that we still expect our black men and women to be twice as good as any white man or woman, to be considered half as good.  And if you think racism plays into the political angst Barack Obama generates, it's hard to argue this doesn't play into why Barack Obama administers his duties as ruthlessly as he does.  Pierce is right about Aquinas and Augustine and "just war;"  that's all just so much eye wash.  Obama is using that "doctrine" the way it's always been used:  to justify what he wants to do in the first place.  But then, he's a good lawyer, and while legal theory is always about what ought to be done, legal practice is about what you can get done.  Or get away with; two conditions that often appear alike.

And then there's the lagniappe of needing to be twice as good, in order to be half as good.  Obama hasn't escaped that trap, either.

Wendell Berry had some pithy observations on 9/11; among them were these:

I. The time will soon come when we will not be able to remember the horrors of September 11 without remembering also the unquestioning and economic optimism that ended on that day.

II. This optimism rested on the proposition that we were living ina a "new world order" and a "new economy" that would "grow" on and on, bringing a prosperity of which every new increment would be "unprecedented."

VI. The paramount doctrine of the economic and technological euphoria of recent decades has been that everything depends on innovation. It was understood as desirable, and even necessary, that we should go on and on from one technological innovation to the next, which would cause the economy to "grow" and make everything better and better. This of course implied at every point a hatred of the past, of all things inherited and free. All things superceded in our progress of innovations, whatever their value might have been, were discounted as of no value at all.

VII. We did not anticipate anything like what has now happened. We did not foresee that all our sequence of innovations might be at once overridden by a greater one: the invention of a new kind of war that would turn our previous innovations against us, discovering and exploiting the debits and the dangers that we had ignored. We never considered the possibility that we might be trapped in the webwork of communication and transport that was supposed to make us free.

VIII. Nor did we foresee that the weaponry and the war science that we marketed and taught to the world would become available, not just to recognized national governments, which possess so uncannily the power to legitimate large-scale violence, but also to "rogue nations," dissident or fanatical groups and individuals--whose violence, though never worse than that of nations, is judged by the nations to be illegitimate.


Wendell Berry, In the Presence of Fear, Three Essays for a Changed World, The Orion Society, Great Barrington, MA, 2001, pp. 1-3.

To which I would add:  before 9/11, we still believed in "Fortress America."  No world war touched our shores any closer than Hawaii.  The wars we fought in the last half of the 20th century stayed far away from us.  9/11 not only turned our technology against us, it tore down the barriers of two oceans, and proved we were part of the planet after all.  We are still terrified by that thought; as well as the thought that our power can be challenged by small groups, when all our efforts have been to contain "rogue nations."

And we still believe we can't ever, ever, be a "rogue nation."  Dat's dem other guys.