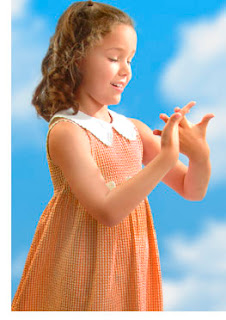 Or should I say, "The stupid, it burns:"

Situations like this demonstrate, however, that while the appeal for many to most ardent believers in a faith is that it gives them power and control, that power is not, in fact, absolute. The church needs people in the pews to survive, and while those people are constantly told their role is to submit and obey, if they just decide they don't want to, the church is shown to be an emperor with no clothes. Thus, religion throughout history has had plenty of takebacks. The churches that used to preach segregation and white supremacy don't do so anymore, at least as openly. A lot of churches, especially more mainstream ones, are giving up on the argument that women are just support staff, and many are even letting them be ministers and priests. Either they get with the times on gay marriage, or they find their ability to exert power diminish. Since churches are about power, most of them will adjust over time. That's why they're freaking out now; they know what's coming.

I do love it when self-professed atheists tell me how churches function, and even more so, tell me the history of ecclesiology in one sentence.  If this post was any stupider I'd suspect it of being parody.  "People are constantly told their role is to submit and obey"?  IN WHAT FREAKING UNIVERSE?  Good Lord, if my only job as a pastor was to tell my congregation to "submit and obey", I'd still have a parish, and they couldn't have fired me!

And of course, there's this:

In the meantime, every time a situation like this arises, where progressive change is demanded and churches resist mightily before giving in, a chunk of believers walks away, never to return. I think that's great. Good to see people realizing that in a fight between morality and faith, morality should win.

Note this does not apply to the United Church of Christ (which has supported same sex marriages since before I was ordained, and which has included a wedding service for same-sex marriage in its "Book of Worship" since, again, before I was ordained).  Nor does it include most of the mainline Protestant denominations which are not "evangelical" or "fundamentalist."  Which brings me around to this:

Anti-Gay Bigotry Is The Public Face Of American Christianity

It is only because it gets all the attention.  Maybe everybody missed the near dissolution of the Anglican Communion over a gay bishop.  Maybe everybody missed the mainline Protestant denominations which have chosen to honor same-sex marriages.  (Wiki has a convenient list here.)  I can't tell you the number of "press releases" the UCC used to make out of Cleveland (and probably still does) that vanished into a blackhole of "Meh!  Who cares?" created by the press which is supposed to tell us what the "public face" of any institution is.  I have no doubt the same condition persists with all the other mainline Protestant denominations.  Unless it is lurid (gay bishops!) or controversial ("Mormon's ain't Christians!"), it doesn't bleed enough to lead, or even to be reported by Barbara Bradley Hagerty.

Or, to let the UCC speak:

"The issue for all of us should be why one religious viewpoint is continually accommodated by the TV networks when there is a common misunderstanding in this country that all religious people hold a monolithic view on certain issues, such as reproductive choice, such as homosexuality, and this is not the case."


The reality in American politics is that religion is all supposed to be of the brand parodied in "Inherit the Wind" (which is fiction, not history), whether it is or not.*  And those of us who aren't mindless fundamentalists are mindless Catholic drones following orders from the Vatican.

The stupid, it does burn.

*Remember the ad no major network would run?  I'm sure that's the fault of the churches, too.