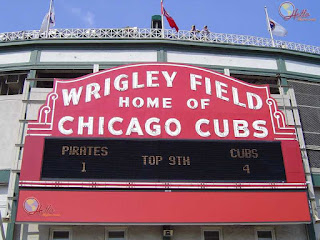 I was all ready to say this about this:


“The world is about to see Jeremiah Wright and understand his influence on Barack Obama for the first time in a big, attention-arresting way,”

“Our plan is to do exactly what John McCain would not let us do: Show the world how Barack Obama’s opinions of America and the world were formed,” the proposal says. “And why the influence of that misguided mentor and our president’s formative years among left-wing intellectuals has brought our country to its knees.”


I'm not really too worried about the politics of this attack.  I think this tells us everything we need to know about the source of it:

Lamenting that voters “still aren’t ready to hate this president,” the document concludes that the campaign should “explain how forces out of Obama’s control, that shaped the man, have made him completely the wrong choice as president in these days and times.”

There is this weird notion among some small portion of the populace that Barack Obama has committed treason and violated the Constitution, but nothing about those claims is ever tied to anything substantive.  By now the country knows what Obama wants to do and how he wants to do it, so the idea that Jeremiah Wright has secretly influenced Obama to destroy the country in his second term is laughable.  It's rather like the NRA conspiracy theory that because Obama hasn't even tried to confiscate all privately held guns yet, it's proof he's going to if he's re-elected.  So this campaign is only going to convince the people who are already convinced.  How can I be so sure?

The group suggested hiring as a spokesman an “extremely literate conservative African-American” who can argue that Mr. Obama misled the nation by presenting himself as what the proposal calls a “metrosexual, black Abe Lincoln.”

Does anybody still say "metrosexual" any more?

My primary concern was because of my sympathies with the ideas of Jeremiah Wright. That was really the only part of this that concerned me.  However, later that day came news the campaign had been spiked.  And now we find out why:

In 2009, the Ricketts family won a bidding war to purchase the Chicago Cubs baseball team from the Chicago Tribune Co. for nearly $1 billion. Within 12 months, the family was pushing the state of Illinois to borrow $300 million to revamp the famed Wrigley Field where the Cubs play. But the proposal has yet to be approved, and now Chicago Mayor Rahm Emanuel, former chief of staff to President Obama and a master of political hardball, has made it clear he's incensed about the Rev. Wright ad proposal and what an aide called the Ricketts' "blatant hypocrisy."

Mayor Rahm is certainly not happy:


"The Mayor was livid when he read that the Ricketts were going to launch a $10 million campaign against President Obama -- with the type of racially motivated ads that are insulting to the President and the Presidential Campaign,” an Emanuel aide told the Chicago Sun-Times. "He is also livid with their blatant hypocrisy."

The Ricketts family owns the Chicago Cubs, and Joe's son Tom is chairman of the team. The bombshell report couldn't come at a worse time for the Ricketts, who are seeking public funds to renovate 98-year-old Wrigley Field. Emanuel has a plan to use amusement tax revenues and other incentives to pay for the renovations to the park, which did not have night lights until 1988.

Emanuel is reportedly refusing to take the Ricketts' calls.

Is it wrong to be enjoying this story now?