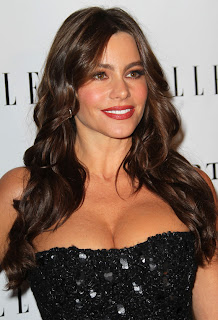 Word comes today that "Minority births outnumbered whites for first time." Which might mean "whites" are no longer the "majority," and even upend our notions of "majority" and "minority" (well, really:  how long do we think the fiction of "majority minority" can be sustained?).

But the Census also tells us that 50% of Hispanics identify themselves as "white."  And 100 years ago or so, Italians and Irish and Eastern Europeans were not, at least on these shores, considered "white."

When we think "minority" v. "white" we usually think in terms of "brown" (mestizo or Amerindian; we've kind of dropped "redskin" altogether) or black (African American, or just African, in the case of immigrants; except, I guess for Jamaicans and....well, now it's going to get complicated, so let's move on) or Asian.  Although I must admit it would be a simple matter to consider Asians "white", at least rather than "yellow" (the old stereotype) or "brown".

I put the colors in quotes not to make them scary, but to make a point:  these distinctions are so arbitrary.  Barack Obama is black; but his mother was white.  Of course, under the old race statutes of America, he would be a mulatto, his children quadroons (I think), their children octaroons.  I think it got traced down to 1/16th (the distinctions are all based on halving the original 1/2 distinction).  I'd have to re-read Puddn'head Wilson to be sure.  Thus, at any rate, did we get the "touch of the tarbrush" of yore.  We no longer identify people for themselves; we let them do that.  Thus Barack Obama is black.

But what does "white" mean anymore?  Skin color?  Why isn't Sophia Vergara "white," then?  Penelope Cruz is white, right?  Yes, she's Spanish, but why isn't she Hispanic?  Because that term is reserved for non-Europeans?

This just gets crazier and crazier.  Fox News tells me: The figures for "white" refer to those whites who are not of Hispanic ethnicity," but that's little help.  What's the difference, really, between my heritage and that of Sophia Vergara?  Is it a distinction without a difference?

I'm not afraid of a brown planet, or fearful of dramatic changes as minorities become majorities.  I'm just curious:  is this really a change, or is it just a question of definition?

And is it a definition that really matters very much?