Because the people who deserve help are the only people we should help.... 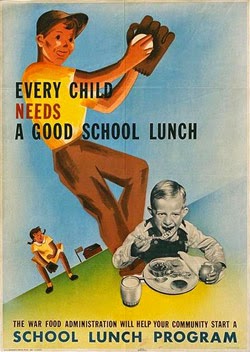 
And in a surprising twist, the bill language specifies that only rural areas are to benefit in the future from funding requested by the administration this year to continue a modest summer demonstration program to help children from low-income households — both urban and rural — during those months when school meals are not available.

Since 2010, the program has operated from an initial appropriation of $85 million, and the goal has been to test alternative approaches to distribute aid when schools are not in session. The White House asked for an additional $30 million to continue the effort, but the House bill provides $27 million for what’s described as an entirely new pilot program focused on rural areas only.

Democrats were surprised to see urban children were excluded. And the GOP had some trouble explaining the history itself. But a spokeswoman confirmed that the intent of the bill is a pilot project in “rural areas” only.


There seems to be a degree of understatement going on here, particularly in the final paragraph. What gives?

Three guesses what gives, and the first two don't count.  Hint:  "everybody knows" there are no white children in urban areas, no black children in rural areas.

Or at least not enough in either to really matter.