Dusting off my knees 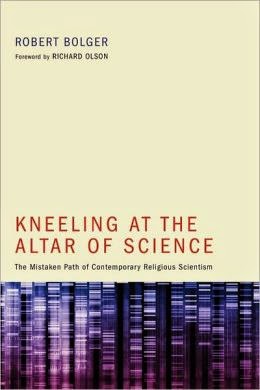 Science is a philosophy.

That, of course, is not all that it is; it is in many ways much less than that.  But let's start there.  Philosophy does not spring from science, any more than all human knowledge does.  Science is a type of knowledge, and a body of knowledge, and a philosophy.  All of those in part; and in this case, to be sure, the whole is not greater than the sum of its parts.  Some of the parts, in fact, are greater than the whole that is "science."

I start this because of a post at Thought Criminal in which Neil DeGrasse Tyson, rather like Carl Sagain before him, displays the limits of his understanding.  Ignorance is not criminal, unless you parade it as knowledge, or a replacement for knowledge.  I got wordy over there, and had to bring the discussion over here.

That post led me to the "original" post, and the comments there.  I didn't think much of the commenter there (somite, @toxicpath) who admonished philosophers to mind their place and show due deference to scientists.  But it took me a moment to realize that even the commuters who ably countered somites rather sophomoric points were themselves still tugging their forelock before the altar of science.

And that bugged me.

Science does not have access to, nor establish the grounds for, what is "true."  Another commenter there said science is concerned with what "exists," never for a moment considering what the word "exists" means in that sentence, or how it could be applied to a stone, a cat, and an individual, with very different purpose each time (while all the time purportedly never changing the meaning of the word).  DeGrasse Tyson himself said in the interview:  "All of a sudden it devolves into a discussion of the definition of words. And I’d rather keep the conversation about ideas."  Which is just a little bit silly.  But the silliness inheres in the attempt to not do what one must do when discussing abstract concepts: engage in philosophy.

Because we simply cannot escape philosophy; and the idea that science is somehow an objective discussion of what is true (or what "exists") is itself a philosophical position.

And a damned untenable one.  But almost every comment at that post (well, perhaps now I'm being unfair; I made no attempt to read 50 of them, no to mention 240 or so) defers to the validity of science as a standard of truth, a kind of deference that is simply "faith-based" (in the Hebrews 11 version of "the substance of things hoped for, the conviction of things unseen").  I daresay if you dropped Kuhn into that argument there would first be a half-dozen responses about how Kuhn is widely misinterpreted, followed by a half-dozen more that Kuhn is simply wrong, all because science is, at its heart, about "truth!"

I don't mind the scientists being that ignorant (in that they join religious fundamentalists, for whom a little knowledge is also a dangerous thing), but I do mind when the apologists for philosophy start from the premise that science must be acknowledged as co-equal, if not supreme.

Sorry, but philosophy was here first; and as Hume pointed out, all science can really tell us is analytical statements which are variations on: "This stone is heavy."  Science can lead to products like the computer I type on, or even the vaccines that keep me healthy and the medicines I take to stay healthy; but such work on such matters is done by technicians, by engineers.  Theorists like Tyson or Hawkings work in a rarified atmosphere where engineers aren't supposed to tread; much like the once rarified air of the theologians, v. the priests who dealt with birth, death, disease, and despair among the "messy" lives of real people.

The Greeks understood this.  They even had a name for it.  "Techne," they called it.  It was the knowledge that made buildings like the Parthenon stand, even to this day, without mortar or cement.  It was useful, "techne."  But it wasn't as important as "sophia."  We don't remember the builders of the Parthenon, except among Classics scholars perhaps.  We all know who Plato was; and Socrates.  And Tyson forgets that the logic he prizes so highly in science (but clearly doesn't practice nearly so well) was the product of Aristotle; and refined by philosophers through the ages, including the greatest logician since Aristotle, and friend to Einstein at Princeton:  Kurt Godel (sorry, can't do the umlaut here).

I doubt if Tyson read Godel's Theorem he would understand it.  Does that mean we should dismiss it?

Science can tell us the stone is heavy; engineering can tell us some interesting things we can do with that knowledge.  When you reduce it to the fundamentals, that is really all science is capable of.  It cannot tell us to use the antibiotics we discovered in the 1940's (not yet 100 years ago!) wisely; which is why we face a risk of anti-biotic resistant diseases.  It cannot tell us to use vaccines wisely; and so we face a return of polio, whooping cough, and no doubt German measles.  Science can create these things; but it cannot teach us anything about wisdom.

And in just those two examples, I can ask:  without wisdom, what good is the knowledge given to us by science?

DeGrasse Tyson recently pointed out that the dinosaurs couldn't see the asteroid coming that wiped them out, but we can see climate change coming and have no excuse for not responding to it.  We caused it, after all.  But science made that destruction possible.  True, science can, arguably, also make the cure possible:  but can science make us implement it?  In the simplest terms of Mr. Godel's incompleteness theorem, there are questions science can raise ("What do we do now?") that can only be answered in areas completely outside science.  Science has power; but it does not have the power to make us other than human.  Wisdom is also human; and wisdom also deals with what exists, which is to say, human beings and our existence.  Science explains the material world to us.

It doesn't help us much to understand how we should then live in it.

I was equally bemused by comments at the post arguing there are whole fields of knowledge, as well as philosophical terms, which should be discarded.  Theology, of course, must go; because:  positivism, basically.  "Dualism" should also be expunged; but I ask, very practically, what you replace it with.  Does the writer of that comment even understand how different the conception of the human was before Augustine?  Harold Bloom argues it changed again (or for the first time, perhaps; I don't quite agree with Bloom, when you get down to it) with Shakespeare.  I think it changed again with Wordsworth, who following on Locke taught us that the child is father to the man, an idea we all now identify with Freud and, while no one is a Freudian anymore, try imagining that your childhood didn't lay the foundation for your adulthood, or that you don't do things due to "unconscious" promptings; or that "brain" and "mind" are not two different concepts, indeed, two distinctly different realms.*

Expunge "dualism"?  Go ahead; try it.  Good luck to you chasing down all the metaphors, assumptions, presumptions, and embedded concepts that are as natural to you as your own fingernails.  Indeed, try to think of "you" as being, as the Hebrews did, in your fingers as much as your "guts," in your ears as much as your toes, and that your brain is not separate from the rest of you, that you are not encased in a skull and staring out through two eyes.  Go ahead, try to imagine it is not so, that if you are as paralyzed as the man in "The Butterfly and the Diving Bell," you are still you in your now functionless toes, not "you" locked in the cell of yourself up in that matter atop your neck.

Go ahead; reimagine that, and like Augustine and Wordsworth, make it stick this time for all Western civilization.  Please, I'm asking:  make it so.

I'd love to see the results; because right now, they are literally unimaginable.  Perhaps it can be done; but you can't do it by just expunging words from your vocabulary, or claiming certain ideas "foolishness."

But go ahead; it would amuse me to see you try.

*That would be an interesting question to put to Tyson: what does science have to say about being human?  Anthropology, sociology, psychology; these are not the "hard" sciences that physics and cosmology are.  And can the former provide an adequate answer to the question?  Does Tyson speak to his beloved in terms of anthropology and psychology, or in those vague "ideas" of "love"?  What is love?  Does it exist for science?  How, then, can we say it exists at all?  Away with it!