Somebody on the internet is wrong! 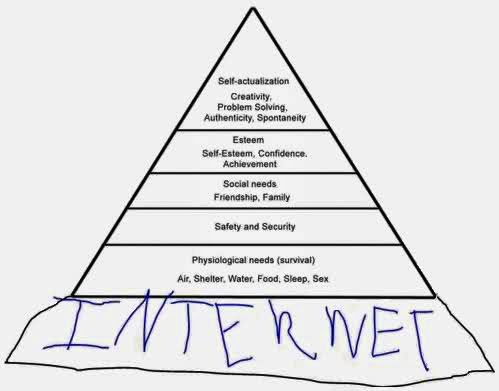 So, I've learned from hanging around at Salon that if you want to generate a lot of comments, put up an article about religion.  Double points if you put one up about the new "Cosmos" show on Fox, and find someone somewhere on the intertoobs who is outraged about last week's episode and what it said about Christianity.

Not religion, mind you; just Christianity.  And it's always last week's show:

i feel like every week you write these stories about 'fundamentalist christians freakout about cosmos' and then quote the same website. its always 'answers in genesis' and not ANY other examples of this supposed freakout. i'm not saying it doesn't exist it just seems like a cheap and stupid article at this point that basically reads: 'this one website doesn't like cosmos' while kind of ignoring the fact that cosmos goes out of its way to address religion in its show.

they never have to say, 'oh and hey by the way if you think religion can explain this you're wrong.' but they do. often. they never have to mention that a particular scientist was religious, but they do. there was absolutely no reason this week to point out that the epic flood story had existed for centuries before the bible, but it did. they kind of troll the christians a bit. why?

anyway, i look forward to your next article: 'can you believe a relatively small organization thats entire existence is based upon denying science doesn't like that one science show that basically baits them every week?! fundamentalists are so stupid, amiright?!?"

What always follows is best summed up in this comment:

Following the link "More Dan Arel" has revealed that so far he has gotten a whole month repackaging the same story over and over, just switching out which creationist is offended this week, to the exclusion of anything else.  I mean, I like praising Tyson and laughing at creationists as much as the next pro-science guy, but none of these mini-stories provide much analysis of why creationists think like they do, or why at this historical moment science needs to be aggressively defended and championed.  I expect journalism to be more than, "Hey look at that stupid person!  *snicker*"


Or there's this one:

It is hard to overlook how pathetic Salon's obsession with Cosmos and creationists is becoming. Not content to enjoy the Cosmos for what it is, a wonderful journey through history and science, readers here must instead view the entire affair through the lens of anti-creationist hatred. This childish inability to be the bigger person and move with one's life is a case study in how moronic this 'journalistic' outlet is causing its readers to become.

Creationists are like the kid in school who doesn't quite know hot to socialize yet. His cloths are goofy, he is behind the rest of the class academically, and is all in all a pretty awkward entity. And the response of a majority of people here seems to be an immediate leap into teasing, mocking and generally acting like a bunch of asses. Such big moral people indeed. not content to talk down to these creationists, the rabble here instead prefers to stoop to their level. No doubt this behavior will be justified by pointing to how icky and backwards creationists are, as if this does anything to excuse their own poor behavior.


Side note, since I am guessing most commenters here did not actually watch the episode last night... The most jabby part wasn't anything to do with evolution.. it was when Neil Tyson directly claimed that The Bible lifted a large portion of the book from Gilgamesh. I would imagine more Christians objected to that than the frank explanation of evolution.

Full disclosure:  I'm not watching "Cosmos," and I don't really care what it presents; it's the reactions that amuse me.  I got into an argument on that thread with a comment that Christians be crazee because the Rev. Thomas Prince accused Ben Franklin of doing the devil's work in 1755 by inventing the lightning rod and so causing an earthquake in Boston that year.

Problem was, this account was based on an NYT op-ed*, and when I googled Franklin and Prince, I learned that the good Rev.'s theory connecting earthquakes and lightning was widely held in the mid-18th century (though not necessarily by Franklin). Prince was not railing against Franklin; he was voicing a scientific concern.  So he's hardly an example of crazy anti-scientific Christianity (especially in the 18th century, when Cotton Mather came close to understanding the concept of a smallpox vaccine.  Mather is also not the caricatured anti-science figure we presume him to be; he was an influence personally on Ben Franklin, who admired Mather.)  In the 18th century Puritans prided themselves on their knowledge and their empiricism.  No matter, my correspondent then pointed out other individuals with crazy religious (although not scientific) notions, like the Bishop who declared that Katrina was punishment for prostitution in New Orleans.

Oh, and all reasoning began with the Enlightenment.  I think history started then, too.

I pointed out he kept bringing up individuals as being representative of whole institutions if not whole groups of people.  I didn't point out that if you do that on the basis of race, it's racism' and that either way, it's wholly irrational.  But maybe I should have.

Reasoning and rationality on the internets is in short supply.  True, if you review all 600+ comments at Salon (as of the time I write, and that's for an article that's been up for about 12 hours), you'll find as many in agreement with the two I quoted as are outraged that somebody somewhere shares the same planet with them.  It brings me back to Sophocle's hymn to reason from "Antigone":

Man the master, ingenious past all measure
past all dreams, the skills within his grasp--
he forges on, now to destruction
now again to greatness. When he weaves in
the laws of the land, and the justice of the gods
that binds his oaths together
he and his city rise high--
but the city casts out
that man who weds himself to inhumanity
thanks to reckless daring. Never share my hearth
never think my thoughts, whoever does
such things.

There is an incompleteness in the reasoning of the critics not present for Sophocles.  He wants to weave together the laws of the land and the justice of the gods; but the critics just want to the law to serve them (they insist conservative Christians are absolutely in charge) and to see others as the ones who wed themselves to inhumanity:  "Never share my hearth/never think my thoughts, whoever does/such things."  And since the boundaries of human contact are now boundless, and since they convince themselves all who are not with them are against them, and that those against them are in control (else how can they even speak?), well....'round and 'round it goes.

Where it stops, nobody knows.  But it does decay.  I later got into an argument on that thread with someone who assured me Medieval Europe read the scriptures literally (few people could read, of course, besides monks and priests). I  said that was wrong because the medieval mind was dominated by Platonism.  I was told I didn't know what I was talking about.

This is how enlightened some people are now.  I think it is all making us stupider.

*Curious fellow, Scott M. Liell.  I Googled his name and the name of a book the NYT said was "forthcoming" in 2005; I found a book, by Steven Waldman with that title.  A Google search of "Scott Liell Founding Faith"  returns only this NYT op-ed, which is about as historically accurate as a fundamentalist interpretation of Genesis 1.  So I don't know what else to tell ya, except the standards for the NYT op-ed page are shockingly low.  But you probably already knew that.