I was watching this film version of Tolstoy's "Resurrection" last night and wondering what it had to do with this:

"For religion rests on beliefs that are assumed to be true, and if you erode those beliefs you erode religion—and with it many of its inimical effects."


And the answer was:  Absolutely nothing.

Nekhludoff abandons his privilege, his land, his social status, and his freedom, to join Katusha in Siberia in order, he says, to right the wrongs he has done as an individual, and as a member of a system that has oppressed people (the trigger for this revelation is the trial of Katusha, and a verdict which cannot be reversed because no one in power wants to admit error,  or compassion for the poor).  Part of the movie is stunning for its liberalism; apparently in 1934 Nekhludoff can be portrayed on-screen as a socialist (he actually accepts the label) for his ideals, and still be the hero (Bruce Wayne may leave stately Wayne Manor as an orphanage in "The Dark Knight Rises," and act on behalf of the people of Gotham City, but no one ever accuses him of being a socialist).

But he has a religious epiphany which leads him to change his life as radically as Saul of Tarsus on the road to Damascus (and without any hint of epilepsy!).  What Nekhludoff "assumes to be true" is that his life must be lived in accordance with justice for all and equality of all.  The only inimical effect of that would be the end of the prison system such as exile to Siberia, and the end of the system of privilege which various characters representing the social order, up to and including the Czar, present as one of indifference to the serfs to, in the person of the Czar, one in which the privilege of the rich and powerful (we'd say the 1% today) must be preserved at all cost, lest it be lost.

A more naked defense of gated communities and the privilege of wealth and social status has never, I think, been voiced by a character in a film.  Even Gordon Gecko was more oblique.  And I can't imagine it being written into a script again, even if someone had the nerve to "reboot" Tolstoy's story for film.

Which "inimical effects" cannot be attributed to religion.  Oh, maybe to the "Gospel of Wealth," but then that's no more religion than the measure of skull capacity or "IQ" is science. 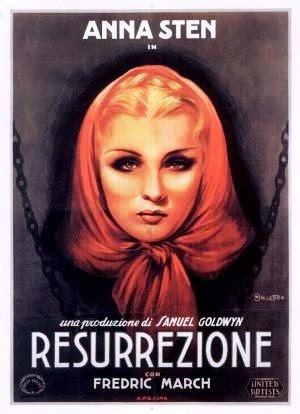