Everything old is unknown again.... 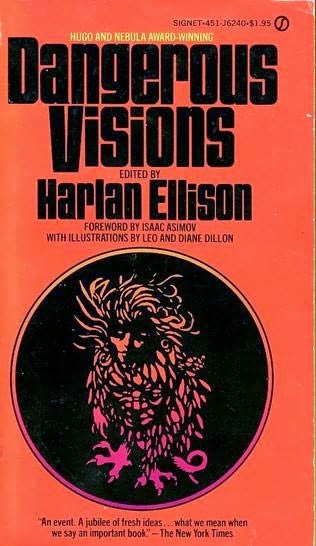 Once I fall down a rabbit hole, I keep tripping over it even after I've climbed out.  I wasn't going to post this; then I was; then I wasn't; then I was.

What tipped me over?  A new article at Salon complaining about the rampant sexism promulgated by the public face of the New Atheists, Sam Harris and Richard Dawkins.  Aside from the usual defenses ("what you heard is not what he meant!"), there's a lot of screaming about how atheists aren't a "movement" or even a cohesive group so it's unfair to say Harris and Dawkins speak for them.  It isn't unfair, of course, to say all theists think alike, and the most absurd voices of believers speak for all theists; but leave that aside.  The really funny part about it is the defensiveness born of blank ignorance.  When you don't know what you don't believe in, you make all kinds of silly noises. Which brings me around to the reading I've been doing lately.

My favorite Philip K. Dick story revolves around a case of mistaken identity.  An ordinary man (this is like a Hitchcock story, but with an ending Hitchcock was never allowed) returns to earth from a vacation to Jupiter (it's science fiction; go with it).  He is immediately arrested by the authorities.  He escapes and spends the rest of the story trying to figure out why the police think he is a dangerous killer, when he is an ordinary person leading an ordinary life.  In the end the police finally capture him because he isn't secretly a professional assassin with mad skills at intrigue and escape.  They explain to him that he has become a pawn in the war between Earth and an alien race; that he was kidnapped on his trip to Jupiter, and replaced with an android.

He insists, of course, that this is impossible.  He knows who he is, he has memories contiguous from childhood to the present, and he's no android.  The police information is wrong.  No, they insist, they are right.  He was killed, and replaced by an android; moreover, an android with a bomb sufficient to destroy the entire earth.  The only problem is, they don't know how to disarm it, or what the trigger is for it.  The evidence the police present is so overwhelming the man is finally convinced he isn't who he thinks he is, and he says:  "If I'm not me, that means I must be an...."

The final sentence of the story, which is the only part I'm sure I remember correctly, is:  "The blast could be seen from as far away as Alpha Centauri."

It's a lovely, if gruesome, object lesson in what Johannes Climacus was getting at when he said we cannot prove Napoleon's existence, we can only prove that an individual can be identified as Napoleon.  The slippery concepts of existence and identity (two separate concepts, as separate as body and soul) become almost concrete in Dick's story:  the man no longer exists, but his identity does.  It's a separation almost impossible to understand except in the almost impossible scenario of the story; but once you see it, you begin to understand what Climacus meant, and how difficult it is indeed to prove the existence of any living being.

I mention this because the volume I referred to earlier includes a Philip K. Dick story, and it is about God.  In the story, Chinese communism has risen to conquer the world (this is 1967, remember).  The protagonist is a bureaucrat in the far-flung Chinese empire who comes to the attention of his superiors, that he might rise in the hierarchy.  He also comes to the attention of rebels, who convince him (to make a long story short) that the water supply is laced with hallucinogens.  They give him an anti-hallucinogen, and after taking it he sees the Absolute Leader as a mechanical construct making senseless noises on television, rather than as an old man exhorting the people with another long-winded speech.

The curious thing is, different people see different things that are not the Leader; there are twelve groups of such people:  each sees something completely different from the others.

Our hero is soon invited to a dinner with the Absolute Leader, where he takes the anti-hallucinogen and meets:  god.  Not the God of Abraham, but a creator god who is interested only in observing and partaking of the failures of all humanity.  It is a nightmare vision in which god is inescapable and implacable and from whom there is no appeal, and the vision renders life meaningless and horrible for our hero.  Lovecraft never envisioned anything as soul-destroying as this.

I bring it up because of the note Dick appends to the end of his story, with a quote that probably didn't mean to him what it does to me.  He quotes John Scotus Erasmus (accurately or not I have not determined):  "We do now know what God is.  God himself does not know what He is because He is not anything.  Literally God is not, because He transcends being."

That may be nothing more than a statement of apophatic theology, but it points up the true difficulty to discussing the nature of God.  It is a difficulty believers and theologians alike wrestle with.  But the New Atheists prefer to pretend it can't possibly be a struggle, because the idea of God is simply a childish illusion, and can't be any more than that.  Which is sort of like saying the idea of the cosmos can't be any more complicated than could be understood by the average 5 year old child.

The crux of Dick's story is our old friend theodicy:  more specifically, the problem of evil.  Dick's solution is not a novel one, though he may not have been aware of it.  His solution is a god who is a demi-urge:  a creator without power to create perfection, capable only of creating a mixed bag of good and bad, a lesser power with lesser abilities who is temporarily in charge of creation until replaced by a purer, better God.  It's an old heresy, one I should know the name of but can't call to mind at the moment (somebody in comments help me out here).  It's not a knock on Dick's story to point this out.  I'm on my way to explaining something.

Dick's story is some 45 years old; the heresy he stumbles upon is well over 1000 years old.  The quote from Erasmus, Dick dates to 840 C.E.  There is, in other words, nothing new in these ideas; but they strike me as utterly new and far beyond the capabilities of most "New Atheists" to begin to comprehend.

I've been thinking more and more about the "New Atheists," and what a pitiful group they are. Richard Dawkins is a zoologist who wrote a best-seller about genetics that made him famous, though I understand most of the genetics in that book has already been rejected by contemporary theories.  His second best-seller was simply a spew of ignorance, ignorance he proclaims gives him greater knowledge.  Sam Harris writes reams about the evils of religion, without the knowledge of the subject that someone like Martin Marty brought to his analysis of religious fundamentalism (and Marty is hardly a fundamentalist).  Over at Pharyngula religion is regularly skewered by someone with degrees in biology, but none in anthropology, sociology, psychology, philosophy, or theology.  Three of those five are sciences, by the way, but I know of no one trained in those sciences who have made careers out of diatribes against religion.  There are atheists like the late Richard Rorty or Jacques Derrida who understand the place of religion in the world, rather than treat it as a shibboleth.  But they never published best-sellers, so who needs them, amirite?

All this is known, of course:  same song, 100th verse, around here especially.  But it's interesting how everything old isn't even new again now:  it is, in fact, completely unknown.  It doesn't surprise me Dick would reach for an ancient heresy as the basis for an interesting story; it doesn't surprise me he would quote John Scotus Erasmus.  What does surprise me is the ignorance of the New Atheists, who have never heard of JSE (and so they continue to speak of an "Invisible Sky Daddy") or even know enough to bring up the old heresy about God being Creator but not all-powerful, and therefore generally malicious.  They don't know anything, and while the sources I speak of are over 1000 years old, the iteration of them I cite here is not yet 50 years old.

And yet everyone who shouts about religion and God and the church has been to college; they think themselves smart, largely because they make things go.

Good science fiction is often a good cautionary tale.  The story of the Pakleds is another good story to keep in mind.  I noted at that thread at Salon that the article ended with this sound advice:

....it’s up to living atheists to strive to be more than a bunch of people who simply don’t believe in God, but stand up to irrationality in all its forms, including sexism.

But self-reflection and self-criticism is hard, as hard as rationalism or religious faith; it requires humility and self-examination to live a life you proclaim to be worth living.  It's a lot easier to bash someone else for what you think they're doing wrong.  Just because you are smart does not mean that you are strong.  More commonly, believing the former means you are neither.  The real power is in powerlessness, the real strength is in weakness.  Better to ponder what you don't know in the face of all the knowledge you have worked to acquire, than to proclaim your ignorance to be your salvation.