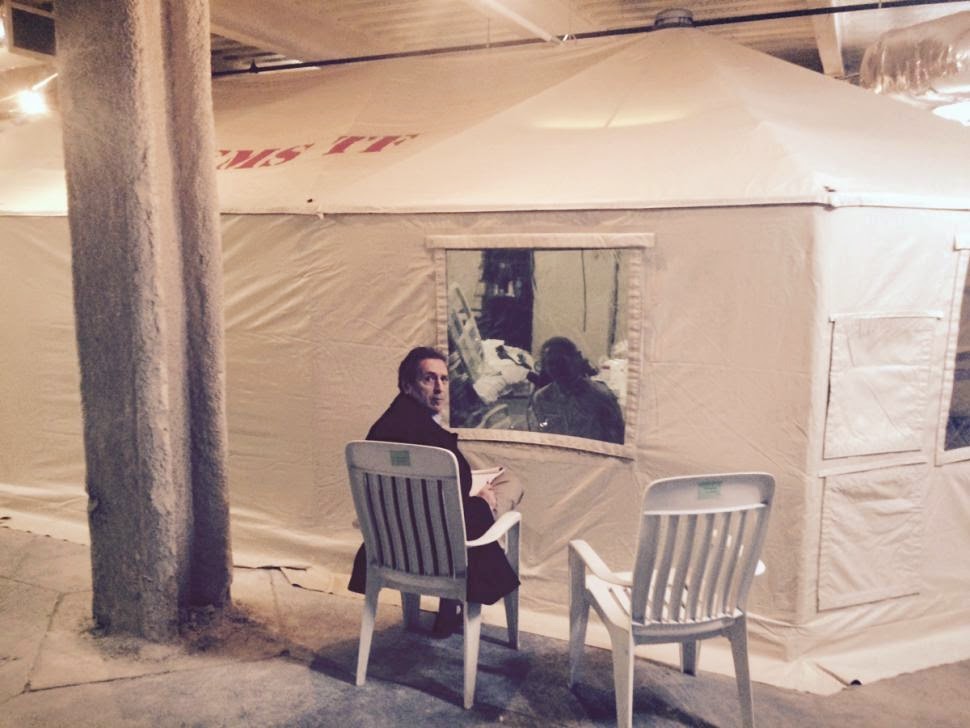 I hope they burned those chairs after she left.  It's the only way to be sure....

So, here's the relevant quarantine question:

If we're going to put people in quarantine for ebola, and we aren't going to forcibly detain them in a valid containment facility (Kaci Hickox spent the weekend in an "isolation tent" outside the hospital building in Newark.  I suspect that, as much as the fact she had no fever and no symptoms and no positive test for the ebola virus in her blood, is why Christie relented when she lawyered up.  Imagine how public sentiment would turn when that little fact became prominent.), do we post armed guards outside their home?

I know there are questions about whether family members must be quarantined along with the suspected patient (what else do you call someone who is wholly asymptomatic and is being detained just because of her travel itinerary?).  But what about the suspected patient?  Are police officers in hazmat gear posted outside the house at each exit to be sure she doesn't leave?  Is that feasible?  Is it even within the power to quarantine of the state?

I honestly don't know.  But we imagine "quarantine" means the rest of us are safe from exposure.  Does it?  How?  How, exactly, does that work?  Seems to me we either put the suspected patients in tents on the hospital grounds, or we leave them alone.  Sending them home to "self-quarantine" is just more health security theater; it's just a better stage setting than a tent on the parking lot.*

UPDATE:  Turns out the whole thing was a bigger farce than I'd imagined.  And I thought Texas was bad at this governance thing.  Looks like New York and New Jersey conspired at the gubernatorial level to teach us all a lesson in government as clown car.

*and if New Jersey ever gets an ebola case, how many NJ healthcare workers will have to be quarantined as a result?  Will we call the attendant tent cities around the hospitals "Christie-villes"?  'Cause you know we should....