The Case for Music 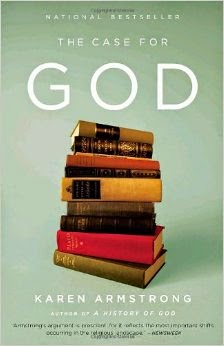 The problem with reading a long work like Karen Armstrong's The Case for God is that you want to stop and examine, even explicate, passages all along the way; and which is the best one to start with? In the end, the choice has to be arbitrary:

When he dedicated his Meditations on First Philosophy to "The Most Illustrious Dean and Doctors of the Sacred Faculty of Theology in Paris," Descartes made an astonishing claim:  "I have always considered that the two questions respecting God and the soul were the chief of those that out to be demonstrated by philosophical [i.e., 'scientific"] rather than theological argument."  In the clear expectation that they would agree with him, Descartes calmly informed the most distinguished body of theologians in Europe that they were not competent to discuss God.  Mathematics and physics would do the job more effectively.  And the theologians were all too happy to agree.  It was a fateful move.  Henceforth, theology would increasingly be translated into a "philosophical" or "scientific" idiom that was alien to it.

Armstrong lays a lot of groundwork for the idea that theology is not philosophy or science, and doesn't need to be.   She ably points out that most of the "proofs" of God present in the work of Anselm or Aquinas are not "proofs" in the modern sense at all, because they don't presuppose God's non-existence which existence must be established by rational argument.  Interestingly, the modern "proof" that God exists because the universe shows evidence of an "intelligent designer" is not modern at all; it dates to the early 17th century, where it began not as a proof of the existence of God, but as a counter to the idea that God needn't be involved in creation at all.  As Armstrong puts the matter:

Thomas Aquinas had insisted that we could not learn anything about the nature of God from the created world; now the complexity that scientists were discovering in the universe had persuaded theologians that God must be an Intelligent Designer.  Denys and Thomas would not have approved.

In other words, the problems of the "proofs" of God's existence, and even the denial of God, began not with the scientists, but with the theologians.  Perhaps they were lured by this:

Even those who could see flaws in Descartes' Universal Mathematics were excited by the idea of a mechanical universe, ruled at all times and in all places by the same unequivocal laws.  Increasingly, the mechanical universe would be seen as a model for society.  Citizens should submit to a rational government in the same way as the different parts of the cosmos obeyed the rational laws of the scientific God.  People were also intrigued by the idea of a single method that would lead infallibly to wisdom and certainty and make the existence of God as necessary and lucid as one of Euclid's theorems.  Doubt and perplexity would soon be things of the past.

Certainty is the keystone, there.  The turn from the Renaissance to the Enlightenment is marked, in Armstrong's telling, by the advent of "certainty" as the touchstone for human knowledge.  We still haven't quite knocked the stuffing out of that hubris, but that theologians turned from the apophatic (Armstrong's thesis throughout) to certainty is a real source of our difficulties with religious belief today.  It is this passage on Pascal, though, that encapsulates, as well as any other, Armstrong's argument:

Pascal could see that Christianity was about to make a serious mistake.  Theologians were eager to embrace the modern ethos and make their teaching conform to the "clear and distinct" ideas currently in vogue, but how far should the new science impinge upon religion?  A God who was merely "the author of mathematical truths and of the order of the elements" could bring no light to the darkness and pain of human existence.  It would only cause people to fall into atheism.  Pascal was one of the first people to see that atheism--meaning a radical denial of God's existence--would soon become a serious option.  A person who had not engaged himself [sic] with the rituals, exercises, and practices of religion would not be convinced by the arguments of the philosophers; for such a person, faith could only be a wager, a leap in the dark.  Pascal had developed his own rational powers more than most:  by the age of eleven, he had worked out for himself the first twenty-three propositions of Euclie; at sixteen, he had published a remarkable treatise on geometry; and he went on to invent a calculating machine, a barometer, and a hydraulic press.  But he knew that reason could not produce religious conversion; "the heart" had its own reasons for faith.

I should explain here that, for Armstrong, the "rituals, exercises [spiritual, she means], and practices of religion" are, for her, the practical side of religion.  They mark the commitment of faith.  Not a blind acceptance of absurdity, or adoption of a body of belief; but engagement in practical transformative acts which lead the adherent to an experience of the divine, the ineffable, and the truth espoused by the proponents of the practices.  One commits, in other words, to the practices, and one is transformed by them, coming into deeper contact with, in the Christian/Jewish case, the God of Abraham, Isaac, Jacob, and Jesus.  This is a constant thread that she traces from the caves of Lascaux through (primarily) Western culture.  As she says in the introduction:  "Religion....was not primarily something that people thought about but something they did.  Its truth was acquired by practical action....There are some things that can be learned only by constant, dedicated practice, but if you persevere, you find that you achieve something that seemed initially impossible." (p. xii).

I find a comparison to learning to play music instructive here, especially if you turn from being a soloist to being an ensemble player.  Some of the most truly transcendent experiences I have had, experiences that were almost kenotic (self-emptying) involved training myself to play and perform music to the point it became, not a conscious action, but almost a spiritual one.   That experience was intensified, and more likely, when I performed with other musicians.

It is interesting how we insist some people can be musicians, and some cannot; that some people "get" music in a way others of us never will; yet we all must have equal access to spirituality and, if we don't, then spirituality must be bunk and self-delusion.  I've come close enough to true musicianship in my personal experience to have seen the vista of that "promised land," though I'll never enter it.  Should I say, then, that music and all it can mean to audience and performer, is bunk?

But the more interesting question is:  why do we keep making apologia like that?  I think, despite the rantings of the on-line atheists (who, yes, are about to get swept off the world stage they think they stand on by the rising tide of population from predominantly Muslim countries), there is a slow shift once again away from reason and understanding as the basis for all valid human effort.  It began in Europe with World War I, and while it isn't leading to a resurgence of religious belief a la yet another "Great Awakening" (which, in retrospect, is looking more and more like less and less), I think the turn is proceeding apace without, shall we say, Dawkins or Bultmann.

A conversation I may yet get into.....