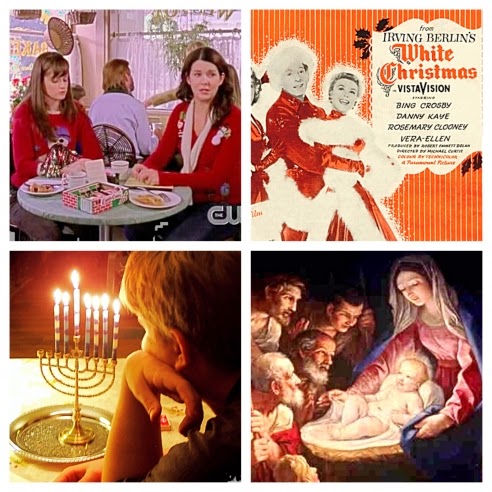 I suppose I'm establishing something of a brief against the reasoning in the Hobby Lobby decision (and, by extension, the Supreme Court in general).  I can't quite make the leap from a government mandate (providing health insurance for employees) to a violation of one's religious principles as a closely-held corporation.  Can I cite Job ("Man is born to suffer as surely as sparks shoot") to defy government regulations that require I provide a safe workplace, or to allow women to work when they should be in their "time of confinement"? (Look it up, it's not worth it to me).

At least both of those positions are tied to particular scripture.  I still can't find the scripture that says "Thou shalt not participate in a same-sex marriage, even unto letting your business sell the groom's cake!"  I do remember quite a few passages about "Who is this, that he consorts with prostitutes and tax collectors and wine-bibbers" (the latter seemed to be in the Baptist translation; or maybe it's just my bad memory).

Anyway, the reasoning in Hobby Lobby is dumb, and it's making us all dumber.  Lights, however, continue to be lit:

First, “bigotry” is not holding a belief, but denying someone else’s dignity as a result of that belief. For example, Christians for centuries believed that the Jews rejected Christ and should be punished. That belief, in itself, is not bigotry. But centuries of pogroms certainly is.

In the contemporary context, no one is saying a belief is bigotry. What is bigotry is opening a business and then denying some people service on the basis of their identities.

Second, as members of a minority religion, American Jews have long enjoyed constitutional protection from the Christian majority, which has sought to compel Jews to say Christian prayers, yield to Christian holy symbols in civic spaces, and conform to all sorts of Christian religious practices. To twist the meaning of “religious liberty,” from a shield against co-option of government by the majority religion, into a sword against minorities, would undo such protections.

What these writers are calling “religious liberty” is really Christian hegemony.


Hobby Lobby didn't really open this door, and as much as some will thrust against, it will never be opened.  But the efforts to redefine bigotry and discrimination are as ugly as they were in my childhood.  I had really imagined, at one point a few years ago, that we were finally beyond this.  Now I'm not sure we will ever be.

Niebuhr was right; and nothing from beyond us is going to save us from ourselves.  We can be saved, but we have to engage in the salvation, or nothing happens that is worth happening.*

*To which conversation I would add this post at Religion Dispatches.  My first thought was a line Dom Crossan concocted, trying to reconstruct what he thought was a more original version of the sayings of Jesus (a notable effort, but not one to be taken as scripture; more of a palate cleanser, really, a way of removing layers of varnish and dirt to restore the original):  "When you start a fire," he "quotes" Jesus of Nazareth, "You want it to burn."  It's his version of Luke 12:49.

Odd the Bishops are just now figuring that out.  And they call for calm even as they take up the vocabulary of "bigotry" and "discrimination" and claim themselves victims.  Now the piper wants to be paid for playing the music they danced to.  Now the fire wants to burn.
Posted by Rmj at 12:51 PM