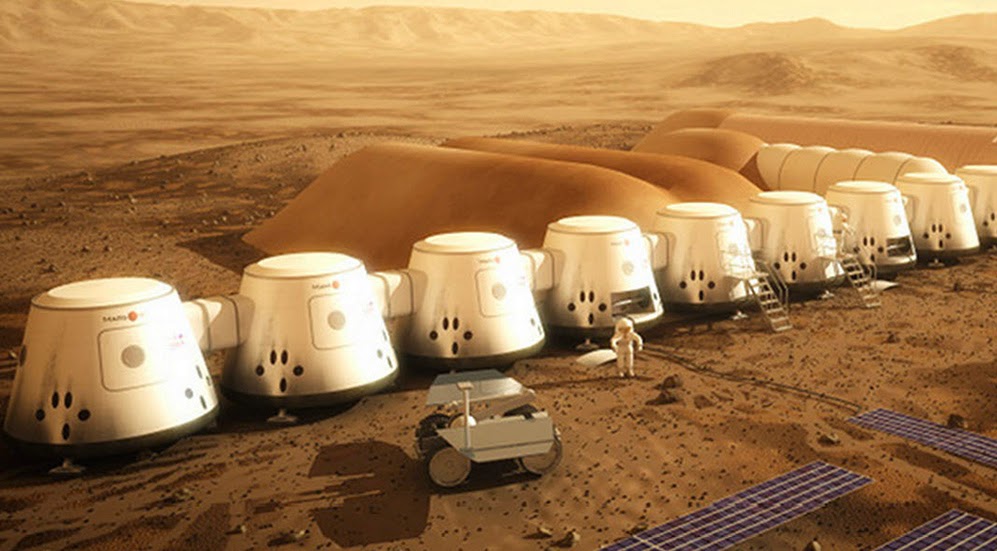 This is oddly funny, considering what an atheist Stephen Hawking is.  But he's absorbed the cultural interest in 1000 year increments, now deciding that by the start of the next millennium, we're done for, we're done for!

“We must continue to go into space for the future of humanity,” he said. “I don’t think we will survive another 1,000 years without escaping beyond our fragile planet.”

“I want to share my excitement and enthusiasm about this quest, so remember to look up at the stars and not down at your feet,” he continued.


To be honest my first thought there is Elysium, because "humanity" almost always excludes, at least in the current iteration, those who are not fortunate enough to be white upper class Americans or Europeans.  But that would be a more serious concern if this were a more serious proposition.  Aside from the sheer absurdity of finding planets to live on and then moving humanity there en masse, the very time line of "1000 years" puts this whole proposition into the realm of the religious and apocalyptic, not in the realm of the brief history of time.

Let's start with the idea we can colonize another planet, and eventually "save" humanity by moving people there.  It's the same idea Elon Musk has, and there is already a minor stirring of protest against it.  That complaint, however, has more to do with "Elysium" than it does with the logistical problems.

The Elon Musk idea floating about is to build a colony on Mars out of pods that would look something like the picture above.  This idea is comparable, apparently, to Europeans coming to the Americas in the 16th century.  Except the Europeans didn't have to bring food, water, shelter, and air, in short an entire biosphere, with them.  And they found people here who could help them grow the foods they were unfamiliar with, in a climate they were unfamiliar with, especially when many of them weren't farmers themselves.

Who is gonna help us on Mars?  And has anybody ever thought of the wisdom of sending some farmers along?

The slightest mechanical or physical weakness in the artificial environment, and everyone on Mars dies.  The least impairment in the food supply, and everybody dies. And how do we know they are dead?  Radio silence?  And what do we do about it?  There isn't even a ship, yet, with enough payload capacity to lift the equipment and people needed to start a Martian colony.  It isn't imagined that a ship will be built with capacity to return payload from Mars, a la the Lunar Module and Command Module of the Apollo moon missions.  How does this colony exist without constant resupply from Earth? And frankly, who pays for that?  Elon Musk?

Besides, at what point does the miracle occur, and the colony begin terraforming Mars?  Because that's pretty much the only way we leave the "cradle" and survive on another planet; by making it into Earth, I mean.

I know our popular American history says rugged individualists ventured across the Mississippi and on and on until they hit the Pacific coast with no thought of culture or amenities or anything but "freedom," but it just ain't so.  Culture and art and even opera and Shakespeare traveled across the continent as rapidly as any group of people in any location could manage to make it happen.  They longed for art and culture the way we do now.  Jf all you can possibly do is exist, exist within a tiny environment with no hope of any sustained contact with Earth, and without human culture, again:  is that a life worth living?  Or is it a fate worse than death?

Setting aside the perfectly legitimate concerns about social justice in the "who goes to Mars and beyond?" issue, does this whole really make sense to anybody?  And if so:  why?  And is mere existence the only value human beings hold?  Because if it is, we might as well go now in a mass suicide.

And to dig a bit deeper into the whole question of feasibility, what is "terraforming" and how do we do it?  With giant nuclear reactor engines, as in "Aliens"?  With trees and Johnny Appleseed, as in The Martian Chronicles?   One solution is as grounded in hard science as the other.  And whence come the materials to make this technology which more materials and technology will then ship to planets which can be terraformed?  (So far as I can tell, Mars is the only viable candidate in the solar system, and it may be too far from the Sun.)  And what do you use?  Do those nuclear reactors generate the microbes and bacterium necessary for life?  Do they generate the entire eco-sphere upon which human life depends? Returning earthworms to the American continent, and bringing in bees, literally transformed the agriculture of this continent.  E.O. Wilson tells us how important ants, in their various species, are to the planet.  Will we transport species of ants and worms and insects to Mars?  If not, how will we hope to terraform it?

And why 1000 years?  What's so important about that deadline?

When I studied the Hebrew scriptures we saw repeated figures like "40 days and 40 nights," and "40 years in the wilderness."  It was explained to us these were not literal numbers drawn from a Julian calendar, but rather expressions of long passages of time.  Sort of like saying "in 1000 years."  1000 years ago was the Middle Ages in Europe.  We are fond of saying there have been great advances in civilization since then.  1000 years before that, Europe was dominated by Rome.  Much as we have supposedly advanced, we still look to Rome as our model for many things; things like who is worthy to go into space, who is worthy among humanity to be the "future" of humanity.

Generally, as it was 2000 years ago, it's the Roman citizens and the people closest to Rome.  Anybody really imagining we're going to send Australian aborigines and the "untouchables" of India to colonize Mars?  Maybe to be our servants once we get established there, because our social systems still depend on exploitation, and what better model than to bring the exploited with us for just that purpose.

I mean, really, in 2000 years, has the social order really changed that much?

The first millennium was supposed to bring the return of Christ and the end of time.  When that didn't happen, Y2K was going to usher in our technological doom.  When that didn't happen, we will now use up the earth's resources and, hungry locusts that we are and apparently must continue to be, we will have to find new solar systems to exploit.  And we have to hurry; this third 1000 year mark is the charm.

Or the doom.  Well, Hawking is a scientist, so it must be true!  Right?