Do you know what it means, to miss New Orleans? 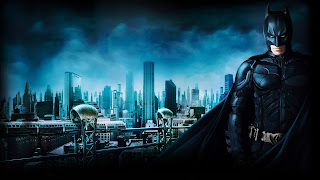 Gotham's time has come. Like Constantinople or Rome before it the city has become a breeding ground for suffering and injustice. It is beyond saving and must be allowed to die. This is the most important function of the League of Shadows. It is one we've performed for centuries. Gotham... must be destroyed.--Ra's Al Ghul, "Batman Begins"

It's behind a paywall so I can't link to the Kristen McQueary op-ed about New Orleans.  I have to rely on the Salon article about it, and I'll stick to direct quotes as much as possible.  But I will note that both "Batman Begins" and Hurricane Katrina entered the world in the same year: 2005.  And the central evil of the plot of that movie was the idea that in order to save a city from its moral decay, most of the inhabitants of that city had to die.

This was, quite reasonably, seen as an evil which could not be allowed.

But Kristen McQueary argues that the residents of New Orleans benefited from such an apocalyptic purging.  After all the, the city got:

And the cost in human life and suffering that goes on to this day?  Hey, totally worth it!  You don't think she means that?

“I can relate, metaphorically, to the residents of New Orleans climbing onto their rooftops and begging for help and waving their arms and lurching toward rescue helicopters.” She did, literally, write that. But she went one step further, arguing that her plight is more desperate than those in New Orleans because “here, no one responds to the SOS messages painted boldly in the sky.”

Ra's Al Ghul suddenly looks a bit less monstrous.  After all, he was only a fictional character in a fictional town.