The Yellow Peril and the Constitution as a "Suicide Pact" 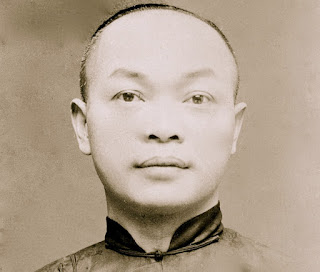 So, going off in the weeds thanks to Charlie Pierce, I come up against Lino Graglia, an undistinguished member of the UT Law School Faculty whose name I remember from my days in Austin (and not for good reasons*).

Through Mr. Pierce I find a law review article by Mr. Graglia published five years ago, which one might consider the founding document for the legal theory being spouted by Donald Trump and aped by other GOP hopefuls for the party's nomination for POTUS.  I daresay the arguments made by Mr. Graglia are not sui generis with him, but his is the most recent and, as Mr. Pierce notes, the one the National Review is most enamored of.

Rather than wade through Graglia's argument, I would point out this issue of birthright citizenship has been settled, according to most legal scholars, in U.S. v. Wong Kim Ark, a Supreme Court opinion from 1898.  I'm not a Con Law scholar, I found that case through NPR.

Being the case most damaging to his argument, Graglia leaves it until the end of his article.**  He tries to distinguish U.S. v. Ark on the grounds the ruling only applied to legal immigrants.  However, his argument is that the language of the 14th Amendment "and subject to the jurisdiction thereof" is of a piece and represents no change from the 1866 Civil Rights Act he claims was the progenitor of the 14th Amendment:

“[A]ll persons born in the United States, and not subject to any foreign power, excluding Indians not taxed, are hereby declared to be citizens of the United States . . .” The phrase “and not subject to any foreign power” seems clearly to exclude children of resident aliens, legal as well as illegal. The Fourteenth Amendment Citizenship Clause substituted the phrase “and subject to the jurisdiction thereof,” but there is no indication of intent to change the original meaning.

Now that's a problem for the cohesion of his argument, because Ark clearly holds that, despite the fact the parents are subject to the Chinese Emperor, their child is an American citizen by birthright. As the Court states the legal issue:

It couldn't be plainer that the Court has never supported Mr. Graglia's unique (and probably racist) reading of the Constitution.   This case is, as the lawyers say, on all fours with Graglia's interpretation of the 14th Amendment, and yet it rejects decisively his reading that "illegal" immigrants are still subject to a foreign power and therefore not under the jurisdiction of the United States (as does even the legislative history, as Amanda Terkel points out).

And if you think concern about Chinese immigrants making "anchor babies" is dead, you'd be wrong!

At the birthright hearing, King got things going by informing his colleagues that “birth tourism has grown substantially” and that it costs $48,000 for a Chinese national to fly to the United States, have her baby, get a birth certificate and take the child back to China. Though conservatives generally take a dim view of international law, King said the United States in this case should follow “almost every other industrialized country” in abolishing birthright citizenship.

Everything old is new again.

What difference "legal" v. "illegal" immigrants would make, assuming arguendo his legal point is valid, is beyond me.  Legal immigrants such as the family in the 1898 case are still subject to the laws of the country where they hold citizenship.  Finding they are "outlaw" in this country if they are not here legally is a bizarre reading of the law that has never been supported since the founding of the country, and certainly not since the 14th amendment guaranteed due process and equal protection of laws to all persons covered by the Amendment (i.e., subject to the jurisdiction of the United States).

Mr. Graglia's article cites Plyler v. Doe, the pertinent case on that point, but he seem to ignore its holding (even illegal immigrants are entitled to equal protection under the law; that would be U.S. law, mind you) in order to support his bizarre and unsupportable reading of the 14th Amendment.

This, then, is the "legal basis" Donald Trump finds, and the "lawyers" he thinks agree with him and can make the case in court.  There's nothing to see here except some very, very sad examples of American racism still shining through, and still being treated as somehow legitimate because, as Mr. Pierce says, "It's not about race, because it's never about race."

*"And this is the very same Lino Graglia whose nomination for a federal judgeship in the 1980s fell apart amid allegations that he had urged Austin residents to defy a court-ordered busing plan and had used the racist word “pickaninny” in the classroom."  Yes, Austin was still trying to integrate its schools in the 1980's, ten years after my East Texas classrooms were integrated.  I still chuckle when people tell me how "liberal" Austin is, v. the rest of Texas.

**Gaglia makes, it should be noted, the usual arguments about birthright citizenship and "anchor babies:"


A parent can hardly do more for a child than make him or her an American citizen, entitled to all the advantages of the American welfare state.   Nor need doing so even be entirely altruistic. Illegal alien parents with an American-citizen child remain subject to deportation, but that deportation becomes less likely. They will be able to appeal to an immigration judge, an administrative court, and ultimately a federal court to argue that deportation would subject the American-citizen child to “extreme hardship,” a recognized ground for suspension of deportation, as it would potentially deprive the child of the benefits of his or her American citizenship.


Perhaps even more importantly if the deported parents opt to take the American-citizen child with them, the child can return to this country for permanent residence at any time. The child can then, upon becoming an adult, serve as what is known in immigration law as an “anchor child,” the basis for a claim that his or her parents be admitted and granted permanent resident status. The parents will then ordinarily be admitted without regard to quota limitations.


His one reference here is to a book from 1985.  He takes no account, in other words, of the massive deportations of the Obama administration, only recently suspended, and that ICE regularly separated minor American children from their immigrant families.  Nor, being a law professor, does he note that "anchor babies" can only apply for visas for their family members after the child reaches the age of 21.  If the parents are in the US without documentation at that time, they must leave the country and apply for visas in their home country.  Even then, having entered the country illegally, they cannot be readmitted until 10 years have passed since they returned to their home country.  So the "advantage" of being an anchor baby is a notably slender one, at best.

This is the factual basis for his legal analysis.  He, of course, expresses no concerns about children of European immigrants who may enter the country legally, overstay their visas, and become "illegal" (his reference point is Los Angeles, the source for his information Rep. Lamar Smith.  If you read Dana Milbank's column linked above, you'll perhaps wonder if Mr. Graglia isn't repaying a kindness from the gentleman from Texas.)  Apparently their American-born children being "entitled to all the advantages of the American welfare state" is not worrisome.