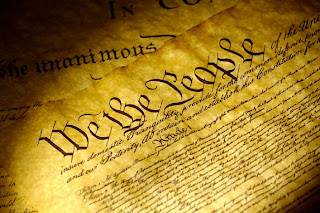 So I had a bit of schadenfreude, enjoying the early comments to the most recent screed by Jeffrey Tayler.  More readers than not thought Tayler went completely off the rails. (I read Tayler for the comments, now; it's like reading a barometer to gauge the weather.)

Eventually, of course, this was cited:  the article that "proves" atheists know more about religion than believers.  Apparently if Jews recognize Moses but not Maimonides, and Protestants can't tell you if the elements of the communion are sacramental (or what a sacrament is) or merely symbolic, then they don't really "know" anything about their religion.

As if religion were a matter of passing a multiple-choice test, or every Christian believer should be able to get a seminary degree without a seminary education.

Dare I repeat this blog's motto?  "Ideas don't matter.  Things don't matter.  People matter."  Does my knowledge of church history, ecclesiology, soteriology, hermeneutics, exegesis, biblical theology, really make me a "superior" Christian to my grandfather, a lay Primitive Baptist pastor and one of the kindest, gentlest, wisest men I ever met?  I assure you he couldn't explain the difference between transubstantiation and consubstantiation. Does that make me superior to him?  On what scale, and for what purpose does anybody set up that scale?

To put this in context, let me ask all the "natural born" American citizens reading this if you can tell me the contents of all 10 of the "Bill of Rights"?  Or can you at least tell me the content  of amendments 7, 8, and 9?  Google is your friend, but Google is cheating in this test.  Can you tell me who was present in Philadelphia to write the Constitution?  Can you tell me what the 16th amendment is, or the 17th?  How about the 11th or 12th?

And if you don't know, are you less of a citizen than someone who does know?  Does it matter to you as an American whether or not you know those things, anymore than it matters to a Jew whether Maimonides was a Jew?  If you are a Christian, is it important that you know who Luther was?  Ever heard of Zwingli? Any idea what lasting influence he had on Protestants?  Do you really know anything about Calvinism, or do you just think you do?  Can you name the two branches of historic Protestantism, and explain their relationship to Pentecostalism?

Would it matter if you could?

And if you know more about the Constitution than you do now, if you know what the amendments are I mentioned above, or how they have been interpreted by the Courts, does that weaken your trust in the form of government we have?  Does knowing Thomas Jefferson owned slaves and probably raped Sally Hemings make you want to repudiate the Declaration of Independence?  If you became a Constitutional scholar, would you expect you would repudiate the democratic republic of the United States?  Why, or why not?