Government: Does Anybody Here Understand How This Thing Works? 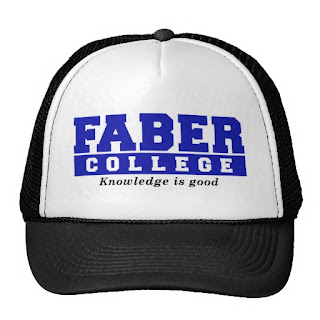 "I'm going to have Fred Smith, the founder of FedEx, come work for the government for three months," the Republican presidential candidate said at a town hall event in New Hampshire.

"Just come for three months to Immigration and Customs Enforcement and show these people." Christie said that 40 percent of undocumented immigrants in the country did not cross the U.S. border with Mexico, but instead came into the country legally on visas. "

We let people come into this country with visas and the minute they come in, we lose track of them," he said. He suggested the FedEx model would prevent immigrants from overstaying their visas.

"We need to have a system that tracks you from the moment you come in and then when your time is up—whether it's 3 months or 6 months or 9 months, 12 months, however long your visa is—then we go get you and tap you on the shoulder and say, 'Excuse me, it's time to go,'" Christie said.

"And I think this election is largely about the idea -- the idea of America is slipping away in front of us. When it comes to immigration policy, what I’ve experienced and seen is that a smart immigration policy makes our country stronger; a dumb one makes us weaker. We’ve got a dumb one today," Jindal said.

"Yes, we need to secure our border. Stop talking about it," he continued. "I think we need to insist that folks who come here come here legally, learn English, adopt our values, roll up our sleeves and get to work."

(And by borders, do you mean all borders?  Because it seems to me only the East Coast and West Coast are left to propose walls for.  I guess once the walls go up, FedEx will have an easier time telling which of us get to stay.)

Republican presidential candidate and Wisconsin Gov. Scott Walker said on Sunday that a wall along the border between the United States and Canada is a "legitimate issue" to consider.

(No.  Seriously.  Canadians look just like us!  Well, not like Bobby Jindal, but you know what I mean.  It's the only way to be sure we keep their socialized medicine north of the border.)

Or, they just don't want to.

Rowan County Chief Clerk Kim Davis' lawyers filed an emergency appeal late Friday asking the Court to grant "asylum for her conscience" and allow her to continue to deny marriage licenses to same-sex couples, according to The Associated Press.

(Because why shouldn't she be allowed to do her government job in the way she sees fit, and damn the rule of law! Except when the rule of law allows her to do her government job as she sees fit.  After all, it's her constitutional right to draw government pay and refuse to work for it! Is this a free country, or not?  And can the law grant asylum to metaphysical concepts like "conscience"?  Inquiring minds want to know!)