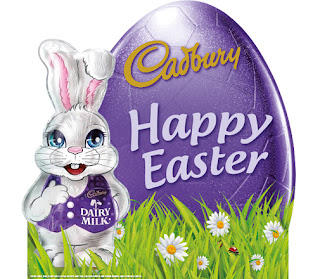 I've been seeing lots of lawn decorations declaring "Happy Easter!"  These all involve bunnies and colored eggs (large flat wooden ones, that is), and it reminds me that the word is, per the Venerable Bede, derived from the Norse goddess Estre (no, nobody thinks so, but Easter eggs probably relate to the return of eggs to the table on Easter Sunday.  Or maybe it's pagan symbolism; who cares, it's neither liturgical nor ecclesiastical.).  I've thought it very odd because I've never noticed them before, and they're going up weeks ahead of the day as if it were Christmas in April.

But now I think it indicates just how out of touch the Trump White House is:

The evidence points to a quickly thrown-together affair that people close to the planning said would probably draw about 20,000 people — substantially smaller than last year’s Easter Egg Roll, which drew 37,000. It will be staffed by 500 volunteers, Ms. Grisham said, half the usual. Ms. Grisham said she did not have “firm numbers” on the overall number of attendees, and those who provided estimates did so on the condition of anonymity because they were not authorized to describe the plans for the Easter Egg Roll, which are still evolving just a week before the event.


Wait, this is the best bit:

The White House has ordered 40,000 of the commemorative eggs — about half of the roughly 85,000 ordered in 2016 — with 18,000 to be given away at the Easter Egg Roll and another 22,000 available for sale, according to Lara Kline, the vice president for marketing and communications at the White House Historical Association, the official retailer.

And yeah, it gets worse:

Washington-area public schools that normally receive blocks of tickets for as many as 4,000 children have yet to hear from the White House, according to representatives for school systems in the District of Columbia; Arlington, Va.; and Alexandria, Va. Several groups representing military families, who have accounted for as many as 3,000 guests in recent years, also said they had yet to be contacted.

“I’ve had quite a few families from across the country reach out and say: ‘Hey, are we getting tickets? Our family wants to drive in for the event,’” said Ashley Broadway-Mack, the president of the American Military Partner Association, which represents the families of gay, lesbian, bisexual and transgender service members and has received tickets for five to 10 of them for each of the last several years. “Unfortunately, the Trump administration has not reached out about it.”

But Ms. Grisham said on Tuesday that tickets had been set aside for schools, children’s hospitals and military families. She could not say how many.

Members of Congress have not received word from the White House about whether they will get tickets to distribute to their constituents. One aide to a Republican lawmaker said White House officials “seem to be a bit behind schedule.”


This will help the next time Trump tries to threaten the jobs of House members, I'm sure. And yes, it's women's work:

Mrs. Trump, who lives in New York and has had a limited presence in Washington since her husband was sworn in, has been slow to hire a staff for the East Wing, which typically takes the lead on the Easter Egg Roll. She named a chief of staff and social secretary in early February but has yet to announce a director for the Visitors Office, normally the crucial player in the daunting execution of the event.

“You don’t understand what a beast this thing is to plan until you go and plan your first one,” said Ellie Schafer, who organized Easter Egg Rolls for the Obamas as the director of the White House Visitors Office from 2009 to 2016. “Every administration tries to put its own stamp on it, but the stakes are high because it’s such a Washington tradition, and people just love it and have very strong feelings about it.”


Maybe they can move it down the street to the Trump Hotel next year.  After all:

“If you can pull off an Easter Egg Roll,” [Melinda Bates, who handled them for the Clintons for 8 years] said, “you can do anything.”