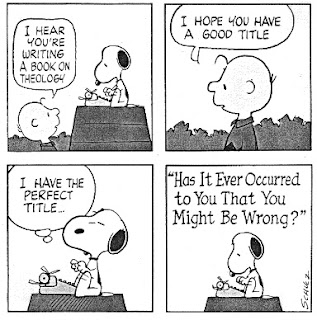 In a House Agriculture Committee hearing on Tuesday, Rep. Jodey Arrington, R-Texas, took the opportunity to read from the Bible after a witness in the hearing referenced a passage from Leviticus in his testimony.

“I think that’s a great reflection on the character of God and compassion of God’s heart and how we ought to reflect that compassion in our lives,” Arrington said, before turning to a different Bible chapter.

“The scripture tells us in 2 Thessalonians chapter 3:10, he says, ‘for even when we were with you, we gave you this rule: If a man will not work, he shall not eat. And then he goes on to say ‘we hear that some among you are idle.’ . . . I think it’s a reasonable expectation that we have work requirements,” Arrington said.


So let's go to the whole chapter:

3 Finally, brothers and sisters, pray for us, so that the word of the Lord may spread rapidly and be glorified everywhere, just as it is among you, 2 and that we may be rescued from wicked and evil people; for not all have faith. 3 But the Lord is faithful; he will strengthen you and guard you from the evil one. 4 And we have confidence in the Lord concerning you, that you are doing and will go on doing the things that we command. 5 May the Lord direct your hearts to the love of God and to the steadfastness of Christ.

6 Now we command you, beloved, in the name of our Lord Jesus Christ, to keep away from believers who are living in idleness and not according to the tradition that they received from us. 7 For you yourselves know how you ought to imitate us; we were not idle when we were with you, 8 and we did not eat anyone’s bread without paying for it; but with toil and labor we worked night and day, so that we might not burden any of you. 9 This was not because we do not have that right, but in order to give you an example to imitate. 10 For even when we were with you, we gave you this command: Anyone unwilling to work should not eat. 11 For we hear that some of you are living in idleness, mere busybodies, not doing any work. 12 Now such persons we command and exhort in the Lord Jesus Christ to do their work quietly and to earn their own living. 13 Brothers and sisters, do not be weary in doing what is right.

14 Take note of those who do not obey what we say in this letter; have nothing to do with them, so that they may be ashamed. 15 Do not regard them as enemies, but warn them as believers.

16 Now may the Lord of peace himself give you peace at all times in all ways. The Lord be with all of you.

17 I, Paul, write this greeting with my own hand. This is the mark in every letter of mine; it is the way I write. 18 The grace of our Lord Jesus Christ be with all of you.


The Revised English Bible translates v. 11 a bit more pungently:  "We mention this because we hear that some of you are idling their time away, minding everybody's business but their own."  When you take v. 10 out of context, it might be an excuse for a work requirement for government assistance.  But in context, it has nothing to with that at all, especially in the context of all the concerns under the Law with the widow and the orphan, and all the money Paul raises from his churches (which are really just families, not churches as we know them 2000+ years later) to use for charity and the church in Rome.

And the context of all the concern Paul expresses about the idleness of his churches.  The idleness Paul was worried about was the idleness of people who expected the world to end soon.  Living comfortably as they were (they could afford to have someone around who could read.  Literacy was for drudges, not universal.), and expecting the parousia Paul preached to come any day, he had a problem with his churches deciding to kick back and wait for the Big One (see., e.g., Galatia).   Even without that information, it's clear Paul isn't talking about welfare, and only a fool would think Thessalonians trumps (or was meant to) Leviticus.